US plans 15 billion in aid to farmers to see off China trade war: Trump

REUTERS
Published May 14, 2019, 11:53 am IST
Updated May 14, 2019, 2:12 pm IST
US Agriculture Secretary Sonny Perdue said Trump had asked him to create a plan to help American farmers cope with the US-China trade war.

He did not provide more details on what kind of an aid package it would be. (Photo:AP)

Washington: US President Donald Trump said on Monday that his administration was planning to provide about USD 15 billion in aid to help US farmers whose products may be targeted with tariffs by China in a deepening trade war.

"We're going to take the highest year, the biggest purchase that China has ever made with our farmers, which is about USD 15 billion, and do something reciprocal to our farmers so our farmers can do well," Trump told reporters at the White House.

He did not provide more details on what kind of an aid package it would be.

American farmers, a key constituency of Trump, have been among the hardest hit in the trade war. Soybeans are the most valuable US farm export, and shipments to China dropped to a 16-year low in 2018. Sales of US soybeans elsewhere failed to make up for the loss. US soybean futures fell to their lowest in a decade on Monday.

US Agriculture Secretary Sonny Perdue said on Friday that Trump had asked him to create a plan to help American farmers cope with the heavy impact of the US-China trade war on agriculture.

A new aid program would be the second round of assistance for farmers, after the Department of Agriculture's USD 12 billion plan last year to compensate for lower prices for farm goods and lost sales stemming from trade disputes with China and other nations. 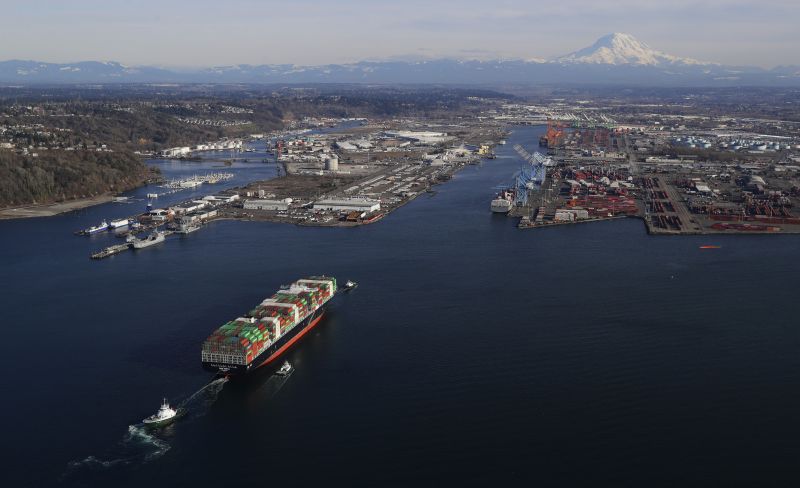 In this March 5, 2019 photo, a cargo ship arrives at the Port of Tacoma, in Tacoma, Wash. U.S. and Chinese negotiators resumed trade talks Friday, May 10, 2019, under increasing pressure after President Donald Trump raised tariffs on USD 200 billion in Chinese goods and Beijing promised to retaliate. (AP Photo/Ted S. Warren)

"Out of the billions of dollars that we're taking (in on tariffs on Chinese imports), a small portion of that will be going to our farmers, because China will be retaliating, probably to a certain extent, against our farmers," Trump said.

The tariffs are not paid by the Chinese government or by firms located in China. They are paid by importers of Chinese goods, usually American companies or the US-registered units of foreign companies.

On Monday, China said it would impose higher tariffs on a range of US goods, including frozen vegetables and liquefied natural gas, striking back in its trade war with Washington after Trump warned it not to.

Last year, Beijing imposed tariffs on imports of US agricultural goods, including soybeans, grain sorghum and pork as retribution for US levies.

While farmers have largely remained supportive of Trump, many have called for an imminent end to the trade dispute, which propelled farm debt to the highest levels in decades and worsened credit conditions for the rural economy. 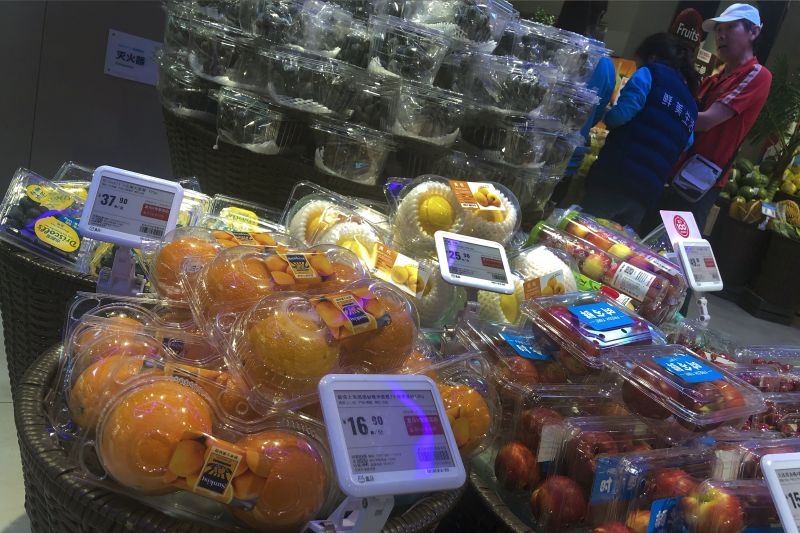 A man chats with workers near a fruit section selling oranges from the United States and fruits from China at a supermarket in Beijing, Tuesday, May 14, 2019. Sending Wall Street into a slide, China announced higher tariffs Monday on USD 60 billion worth of American goods in retaliation for President Donald Trump's latest penalties on Chinese products. (AP Photo/Andy Wong)

Trump's pledge on Friday to buy American farm products that China normally imports and distribute them to poor countries drew criticism from Canada.

"Dumping products in developing countries is not the way we do things," Canadian Agriculture Minister Marie-Claude Bibeau told reporters on a conference call from the G20 meeting in Japan, adding such efforts required multilateral coordination.

"It seems easy, but it is complicated to do it the right way," Bibeau said. "Obviously, it may create some distortion in the market and this is what we want to avoid."