A few hours later, he asserted that China's sudden change in policy was mainly because it thought that leaders from the opposition Democratic party would be able to replace him. (Photo:AP)

Washington: Accusing China of breaking the negotiated trade deal draft with the United States, President Donald Trump on Sunday said Beijing was now "dreaming" that he would be replaced by a Democratic candidate after the 2020 presidential elections.

In a series of tweets, Mr Trump indicated toughening of his stand against China.

After the near collapse of trade talks with China last week, Mr Trump on Friday imposed a hefty duty on import of Chinese products from 10 per cent to 25 per cent worth more than USD 200 billion and asking for a similar increase on tariff on the rest of the Chinese import of over USD 300 billion.

"We are right where we want to be with China. Remember, they broke the deal with us and tried to renegotiate," Trump said justifying his decision to impose a hefty tax on Chinese products. The new taxes would result in hefty revenue to the US, he said.

China is DREAMING that Sleepy Joe Biden, or any of the others, gets elected in 2020. They LOVE ripping off America!

"We will be taking in Tens of Billions of Dollars in Tariffs from China. Buyers of product can make it themselves in the USA (ideal), or buy it from non-Tariffed countries...," he said.

"We will then spend (match or better) the money that China may no longer be spending with our Great Patriot Farmers (Agriculture), which is a small percentage of total Tariffs received, and distribute the food to starving people in nations around the world! GREAT! #MAGA," Trump said. 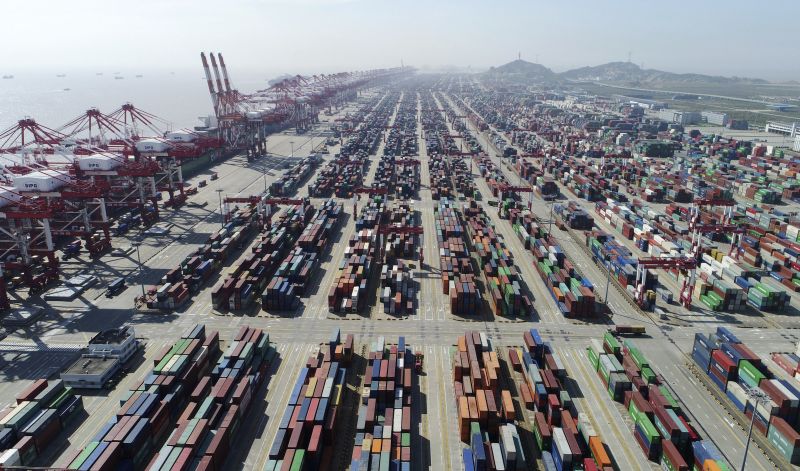 A few hours later, he asserted that China's sudden change in policy was mainly because it thought that leaders from the opposition Democratic party would be able to replace him in the White House after the 2020 presidential elections. By doing so, China was dreaming, he said.

"China is DREAMING that Sleepy Joe Biden, or any of the others, gets elected in 2020. They LOVE ripping off America!," Trump said.

"It''s not China that pays the tariffs, it''s the American importers, the American companies that pay what, is in fact, a tax increase," he said.

"Fair enough. In fact, both sides will pay in these things, and of course it depends," he said when asked "if it's a tariff on goods coming into the country, the Chinese aren't paying".

Congressman Warren Davidson sought to impose sanctions on China on Sunday for walking away from good faith negotiations.

"If China walks away from good faith negotiations, we could minimise collateral damage to US consumers and economy by using targeted sanctions against specific companies using subsidies, dumping, or stolen IP. Multiply allies instead of multiplying enemies," Davidson said.