Nokia 3.1 Plus review: Yet another classy Nokia on a budget

The Nokia 3.1 Plus is a very classy and bears a rock solid Nokia-style exterior.
Rating:

While HMD Global's recently launched smartphones — the Nokia 6.1 Plus (review) and the Nokia 5.1 Plus (review) turned out to be impressive, the company’s new budget offering the Nokia 3.1 Plus also seems interesting on paper. Apart from the newer 'Plus' member, the company's 'banana' phone — Nokia 8110 4G also made its way to the Indian shores. The device was first unveiled at MWC 2018 as the successor to the legendary Nokia 8110. 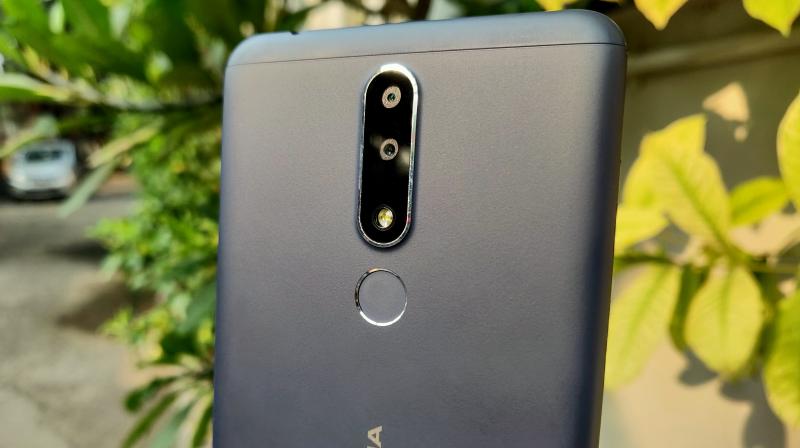 Nokia has been playing safe by showing-off smartphones with an Android One badge on it, promising a no-frills Android experience, coupled with guaranteed three years of security updates and two years of software updates, giving it a slight edge over the army of smartphones from rival brands. Unarguably, Nokia's devices have also set a benchmark for its good-looking design and a typical rock-solid build quality for the budget smartphone space.

The latest Nokia 3.1 Plus promises to deliver a smooth performance, paired with a classic design, a massive display, a bigger battery and a good pair of cameras without burning a hole in your pocket. Read on to find out if the new member of Nokia's family is worth your money spent. 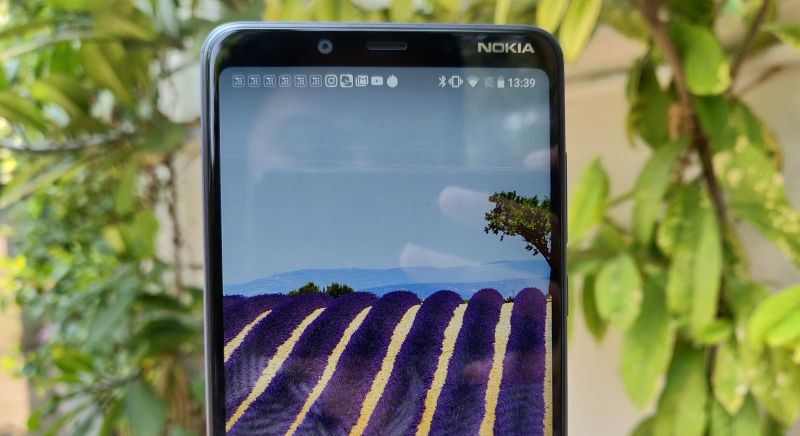 The Nokia 3.1 Plus doesn't have any fancy looking glamorous design; however, it does look very classy with a no-nonsense design. Unlike the Nokia 6.1 Plus and the 5.1 Plus that sports glass backs, the Nokia 3.1 Plus employs metal-plastic combo rear panel. This makes the smartphone less prone to fingerprint smudges and sturdy too. While the back panel adorns a smooth matte finish surface, the chrome accents add to the flair for a premium-looking design. What's good about the 3.1 Plus here is that Nokia has struck a sweet balance without loosing out on the build quality, while also maintaining a classy and modern look — and that's typical Nokia. The device also fits snugly in the hand — thanks to its sleek design and rounded edges. 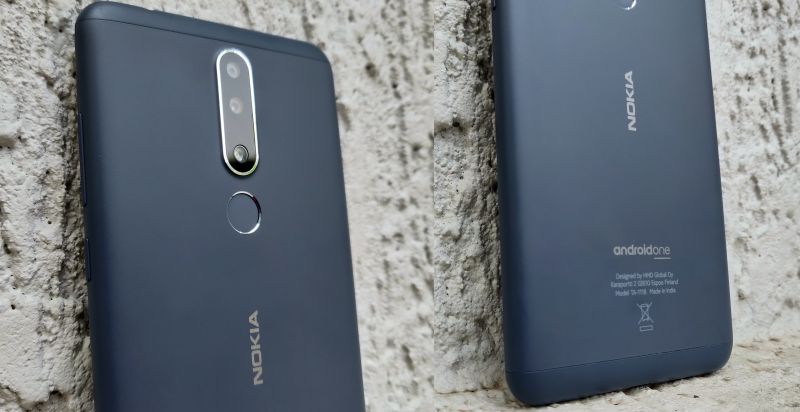 While several smartphone manufacturers are adopting the notched-style display; surprisingly, the Nokia 3.1 Plus seems to have missed it, but it's not that big a deal. Upfront, there’s an all-glass face with nicely curved corners on the tall 18:9 display — thanks to a 2.5D glass on top. Above the screen, there is the front-facing camera, the earpiece, and sensors. Flip it over and the smartphone flaunts similar aesthetics seen on other siblings — the vertically stacked dual rear camera housed in the centre, accompanied by a flash, and a fingerprint sensor and the Nokia branding with an Android One badge just below it.

The device is equipped with a 3.5mm headphone jack and a speaker grille on the bottom edge but bears the older micro-USB port which is a bummer, given that the recently launched Nokia 5.1 Plus which costs a little less than the Nokia 3.1 Plus offers a USB Type-C port. A nice feature here is the dual-SIM slot along with a discrete micro-SD card slot, allowing users use two SIM cards and a microSD card concurrently — making it even more convenient. 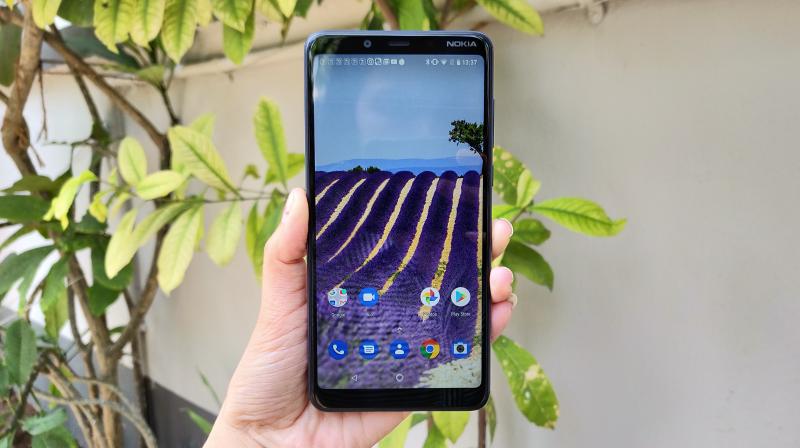 The 3.1 Plus boasts of large a 6-inch IPS LCD display with a narrow 18:9 aspect ratio — no notch here. The tall display operates at just an HD+ resolution and a lower pixel density of 268ppi. The front is covered by a 2.5D glass for protection. However, the panel renders vivid colours and contrast levels seem at par. The display also has a tad warmer tint and the sad part is one cannot tweak the colour profile settings of the display. The viewing angles are decent and the panel is sufficiently bright indoors. However, the sunlight legibility is below average.

The Nokia 3.1 Plus employs the same MediaTek P22 Helio SoC, seen powering the Xiaomi Redmi 6, the Realme C1 and similar devices. Notably, other smartphones in the same price range offer better chipsets under the hood, including Nokia's latest 5.1 Plus, which costs Rs 10,999, is built around a MediaTek's flagship P60 Helio chipset. There's also the ASUS' Zenfone Max Pro M1, that offers Qualcomm's Snapdragon 636 SoC in the same price bracket.

Coming back to P22 Helio, it is MediaTek's mid-range chipset, built on a 12nm process clocked up to 2.0GHz. Its an octa-core Cortex-A53 CPU for improved performance and is superior to the Qualcomm's Snapdragon 625 SoC in terms of efficiency on paper. The chip offers support for features such as Artificial Intelligence, dual cameras and face unlock among others for a moderately low price point. The device comes with 2GB/16GB and 3GB/32GB variants and both can be expanded up to 400GB. 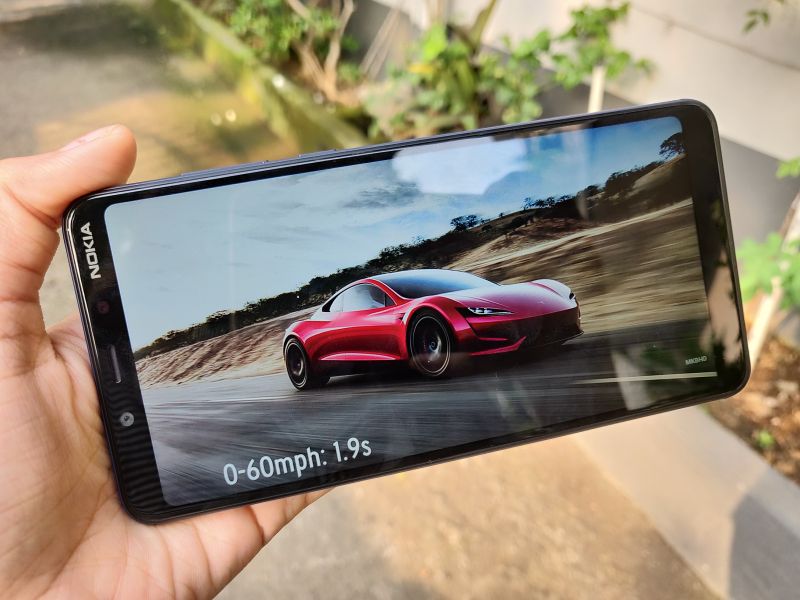 The smartphone manages to deliver a decent performance — we didn't witness much of stutter or lag while multitasking or switching between the apps. However, the apps do take a few seconds to launch. One can play casual popular games such as Subway Surfers or Temple Run with ease, and could also run some heavy titles such as PUBG and Asphalt 9: Legends, but don't expect good results here. Lastly, the device manages to maintain temperature levels pretty well with resource-heavy apps. The handset supports software-based face unlock and a fingerprint sensor. While they work flawlessly, they are not as fast as seen on other phones. 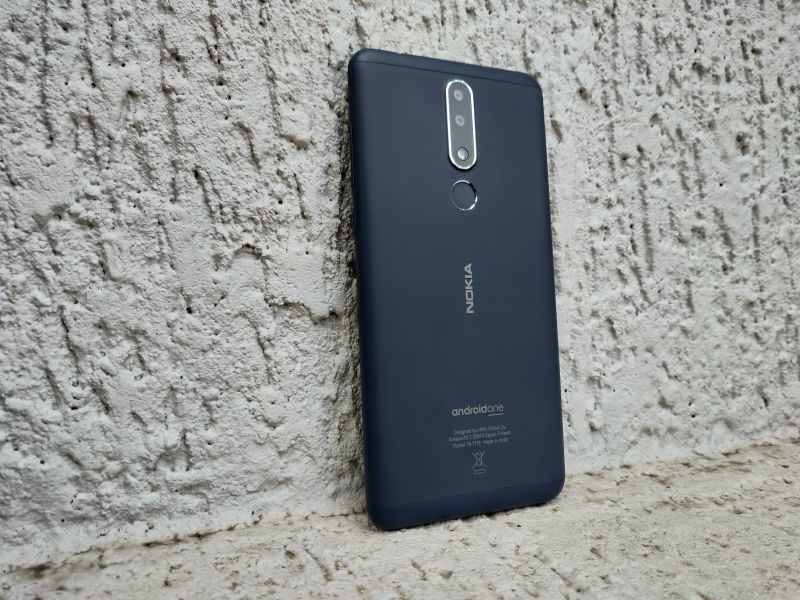 The Nokia 3.1 Plus ships with Android 8.1 Oreo and will soon be receiving the Android 9 Pie update. The device offers a clean, optimised, bloatware-free UI, and simple Android experience, paired with just basic Google apps pre-loaded. As mentioned earlier, as part of Android One programme, the smartphone will receive guaranteed three years of security updates and two years of software updates.

Moving ahead, the camera performance is where the Nokia 3.1 Plus shines. The handset packs in a dual rear camera setup, that consists of a 13MP f/2.0 PDAF primary and a 5MP secondary depth sensor, assisted by an LED flash. There is an 8MP f/2.2 front shooter for selfies with AI-enabled bokeh mode but lacks a flash.

Given below are a few sample shots from the rear camera: 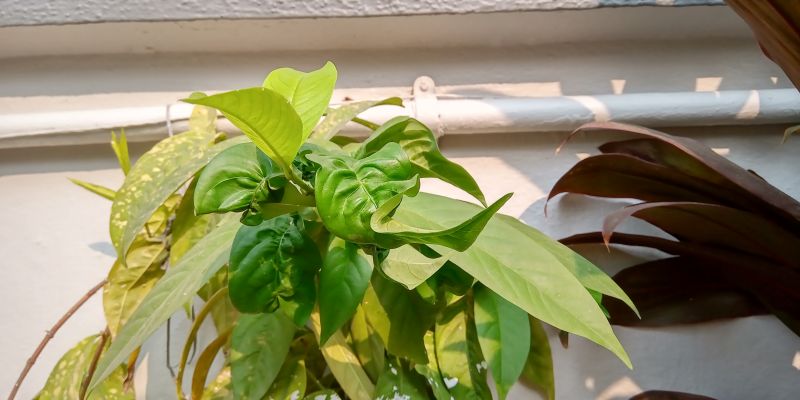 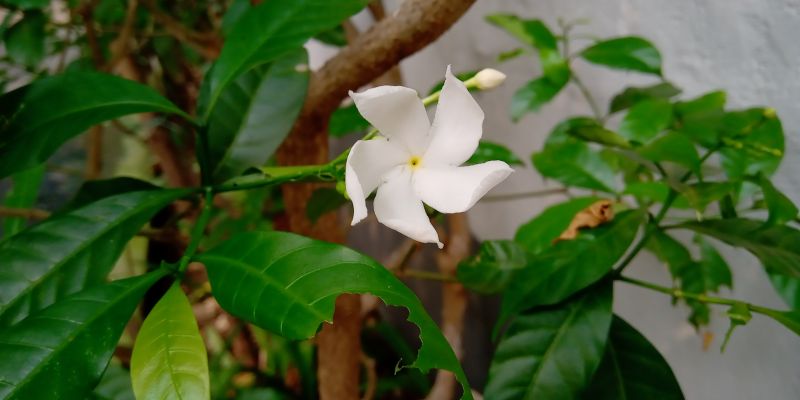 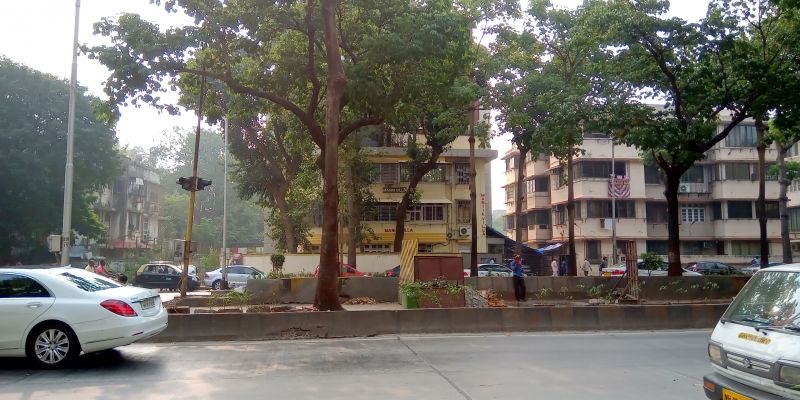 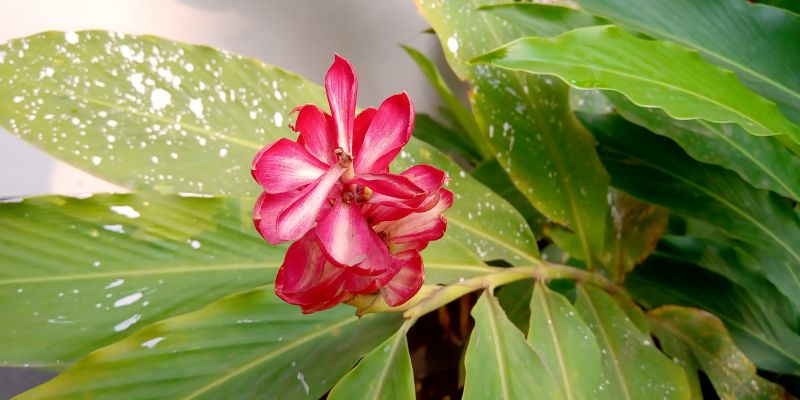 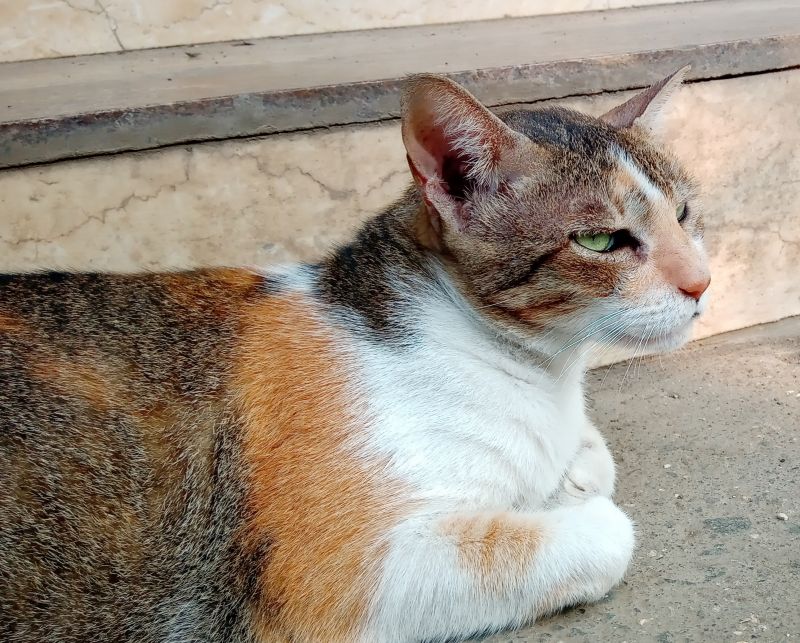 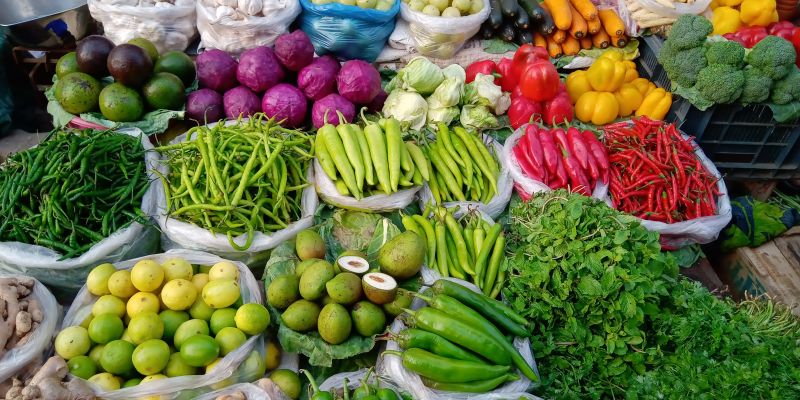 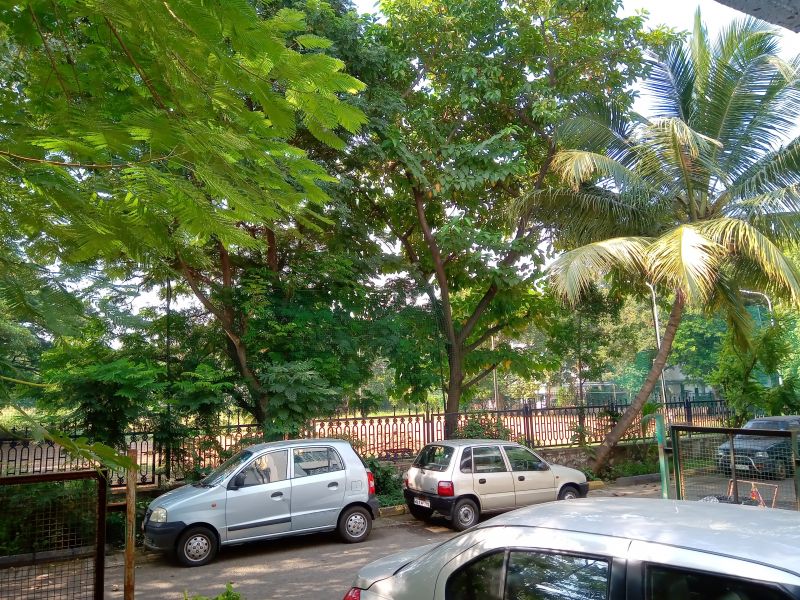 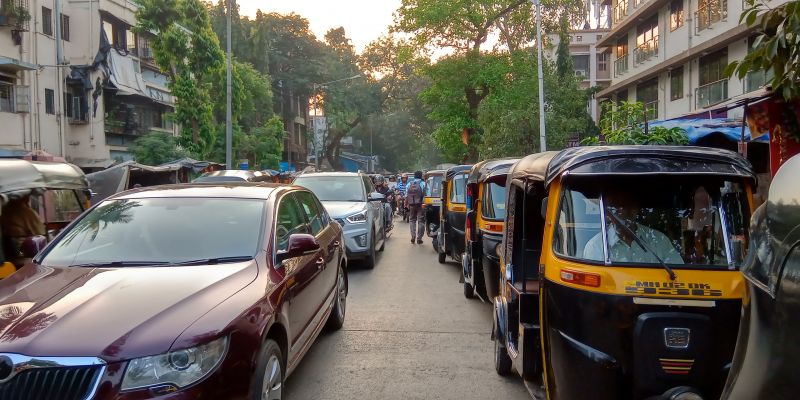 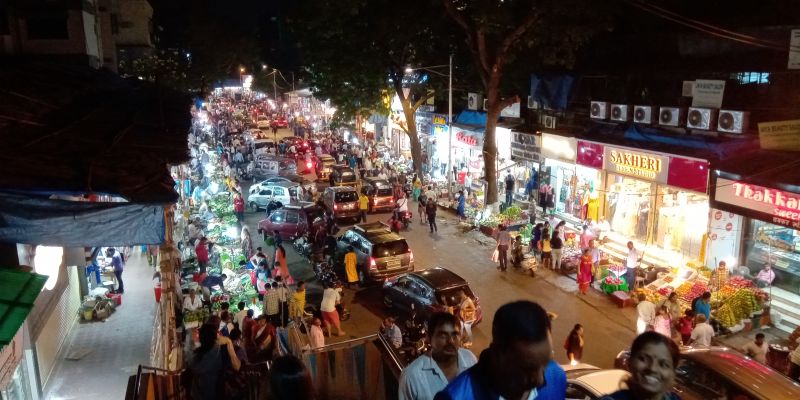 The camera works well in broad daylight conditions and renders images with a good level of contrast and vivid colours; however, the images seem a bit over saturated. It manages to capture photos with moderate amount of details and sharpness. The camera is quick enough to lock the focus and almost every time on the given subject.

The Live Bokeh mode works well, with a fair amount of edge detection seen on the subject. Also available is the option to adjust the background blur effect via a slider, and is shown live. Apart from the Live Bokeh mode, Nokia has also added Slow Motion and Time Lapse, which works pretty well. Lastly, selfies are pretty decent with sufficient details and sharpness, provided there is good ambient light. 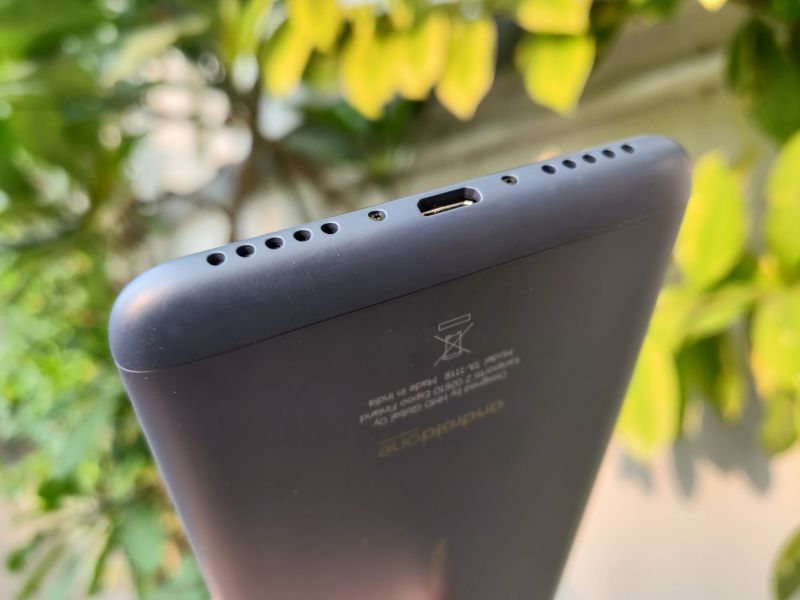 The smartphone is kept alive using a 3500mAh battery. It manages to deliver around a full day’s requirements, provided the usage is moderate. Also thanks to the lower (720p) resolution display and a power efficient chipset, one will also witness a boost in the smartphone's stamina.

The Nokia 3.1 Plus is a very classy smartphone and bears a rock solid Nokia-style exterior. The fluid and optimised stock Android experience is an added cherry to the top. At Rs 11,499, the device offers a large 6-inch display for overall good multimedia experience, a decent pair of cameras, with an above average stamina.

Some towns in US too have poor broadband, making life a struggle in a near-lockdown