By the time you realise, your Facebook page information is lying in someone’s database, ready to be sold to someone sitting thousands of miles away waiting to perform cyber crime.

If you are aware of what’s happening in the world of technology, then you must be knowing that everyone’s granddaddy social media platform Facebook is passing through a tough phase. The issue of Cambridge Analytica 'helping themselves' with Facebook’s massive database measuring around 50 million users has resulted in several of its loyal users abandoning the platform, with one of the most prominent ones being Tesla’s CEO Elon Musk. However, there are many who have been milking benefits of Facebook’s crisis.

Since the crisis surfaced, several individuals with ‘malicious intentions’ have been trying steal account credentials off users. We encountered one recently that’s claiming its victims through emails. The hacker has in fact spent considerable efforts to mask his scam by trying to impersonate Facebook’s official pages.

We received an email from Facebook earlier in the day that carried the subject “You Have Been Reported For Copyright Content — Page Support”.

Once we opened it, we encountered a page that initially seemed like an actual warning page sent from Facebook. It even carried links that take you straight to one of many Facebook’s support pages. However, the sender of the email on top was shown as noreply@facbooksupport.com, which is a little weird considering a reputed site like Facebook carrying such a mistake in their email. 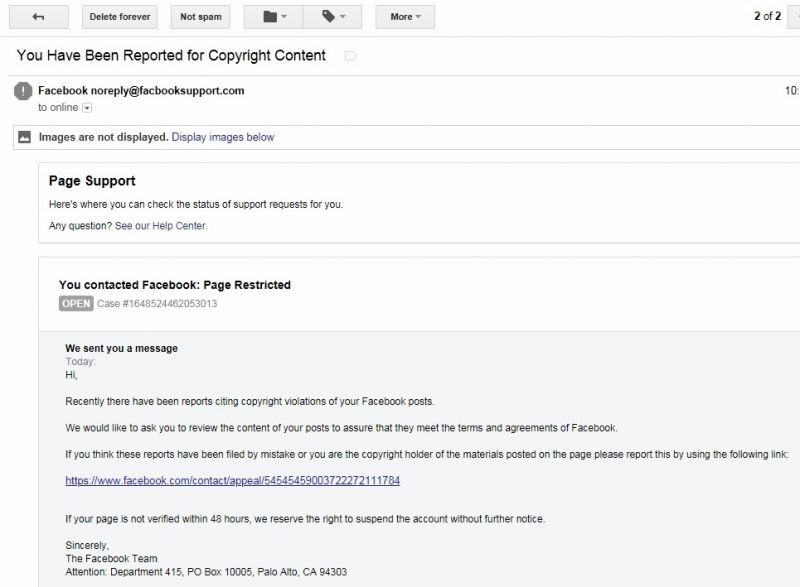 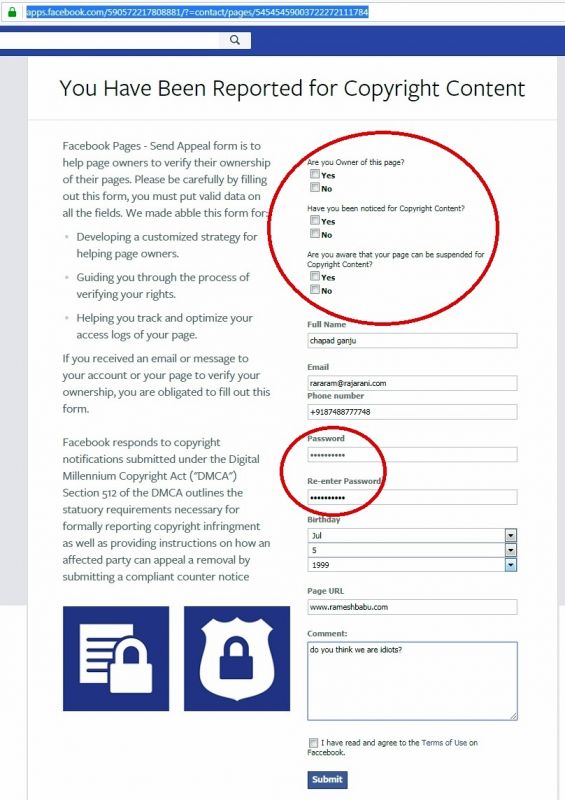 The form even asks the user whether he/she is aware of the fact whether they know they have been copyrighted? The page doesn’t even check whether the data that the user has filled in is authentic or not. Another weird stuff — the URL suggests that it’s a Facebook app. Once you fill in the details, the page shows a confirmatory message and blanks out.

By the time you realise, your Facebook page information is lying in someone’s database, ready to be sold to someone sitting thousands of miles away waiting to perform cyber crime. Cyber attacks like these are taking place too often and are harder to figure out. In this particular case, one needs eager eyes to locate the fraudulent elements. However, there are some easy giveaways that can help you stay safe from similar cyber attacks.

If you happen to encounter similar scams in the future, it’s always advisable to report such incidents to concerned authorities who deal with cyber security.