Tokyo Paralympics 2020 Day 3 Preview: Full schedule and where to watch

Tokyo: India’s fortunes finally favoured the Paralympians after a bright start to the day courtesy of para-paddler Bhavina Patel.

The 34-year-old beat Great Britain’s Megan Shackleton to secure a spot in the class 4 Round of 16 fixture. However, her compatriot Sonalben Patel was less fortunate as she went down fighting to South Korea’s Lee Mi Gyu.

With a packed schedule in place for India on Day 3, here is a preview of all the sports that will see India competing for a number of medals early in the mega event.

All events will be broadcast on the Eurosport India, Discovery Plus app and Doordarshan

READ HERE: India should pay heed to their Paralympians: Here's why 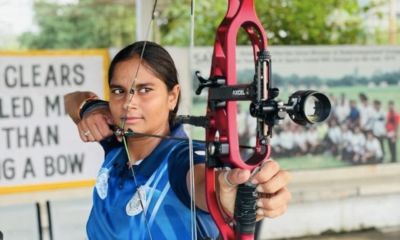 Over the last few years, Jyoti Baliyan has gone on to become one of the top female para-archers in the world. She was part of the seventh Fazza Para Archery Tournament in Dubai, which had the world’s top 10 archers. Baliyan also secured the 17th rank in the World Championship, qualifying for the Tokyo Paralympic Games 2020. A total of 24 participants will compete in this event at the Yumenoshima Ranking Field. 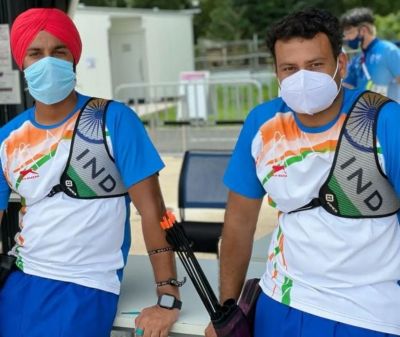 Harvinder Singh and Vivek Chikara are India’s hopes in the recurve event in Tokyo. 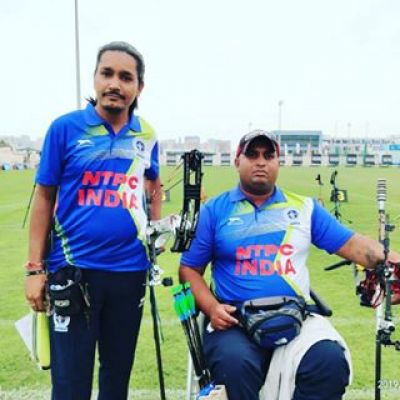 Currently ranked 10th in the world, Rakesh is among the country’s finest compound archers. He will hope to perform well in Tokyo. Meanwhile, Shyam Sundar Swami from Bikaner has established himself in the archery squad in recent times. The 24-year-old will hope to display a memorable performance at the Games. 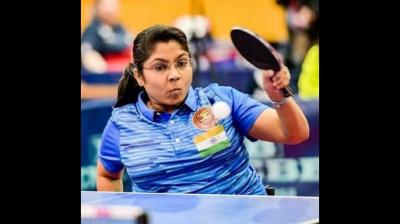 READ HERE: 10 Indian athletes to watch out for in Tokyo 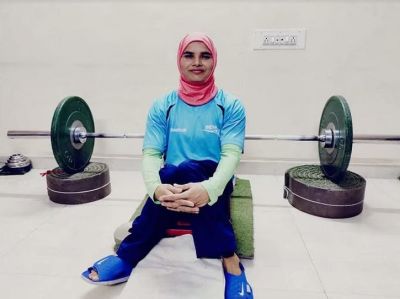 Sakina Khatun is the only Indian female para-athlete to have won a medal at the Commonwealth Games. The powerlifter won the bronze medal in the 61kg weight category event. Khatun also bagged a silver at the 2018 Para Asian Games, and the 32-year-old will be aiming to earn another medal for India, this time at the Tokyo Paralympics. 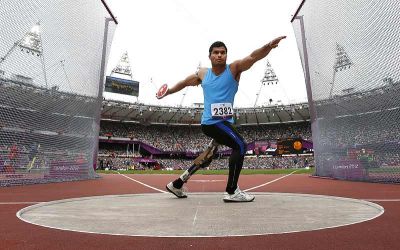 This is not Jaideep Deswal’s first foray at the Paralympic Games. Deswal participated in the men’s discus throw F42 and placed 7th. This time round, Deswal will be competing in the men’s 65kg powerlifting. 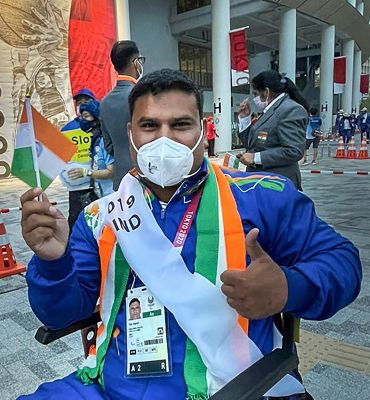 Javelin thrower Tek Chand poses as he's the flagbearer of the Indian contingent for the opening ceremony in Tokyo 2020 Paralympic Games in Tokyo on Tuesday. (Photo: PTI)

Tek Chand was India’s flagbearer at the opening ceremony of the Tokyo Paralympics. The 41-year-old will be the first of many Indian para-athletes who will be in action in Tokyo. Chand has a personal best throw of 9.57m and will be competing with seven other shot-putters in the final.