India should pay heed to their Paralympians: Here's why

Tokyo 2020 Paralympics bound Indian Shooting Contingent is ready to depart for Tokyo from IGI Airport in New Delhi. The Contingent is accompanied by Coaches and Support Staff. (Photo: PTI)

Tokyo: August 7 was a day of pride for India when Javelin Thrower Neeraj Chopra secured the Gold Medal at the 2020 Tokyo Olympics with a mighty throw that scaled 87.58 metres. The 23-year-old became a star overnight and was lauded across the country, and even abroad, when his winning feat was named as one of the 10 most magical moments in the history of track and field.

However, what most Indians don’t know is that Neeraj’s medal is not the first Olympic gold we’ve won in Javelin Throw. Another Indian athlete has won it twice already - first at the 2004 Athens Paralympic Games, and then again at Rio 2016. 40-year-old veteran Devendra Jhajharia remains the only Javelin Thrower (Olympic or Paralympic) to secure two Gold Medals at the premier event.

Kicking off on August 24, the 2020 Tokyo Paralympics will be a special one for Indians as the country sends a strong contingent of 54 athletes, almost triple the number of athletes as compared to the 19 sent to Rio De Janeiro in 2016. The flag-bearer will be javelin thrower Tek Chand after Mariyappan Thangavelu came in contact with a COVID positive person days before the premiere event.

Now as we move on from the Olympics to the Paralympics, here is why India should pay a bit more attention to the event.

India’s vibrant history at the Paralympics 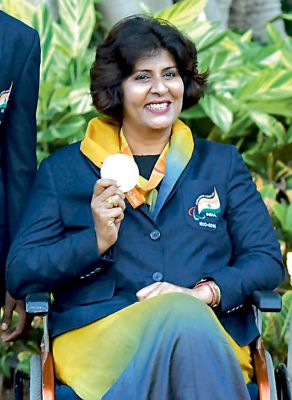 Rio 2016 Silver Medallist and current president of the Paralympic Committee of India.

Although the first edition of the Paralympics was held in 1960, India’s first involvement in the mega event wasn’t until 1968, and then winning our first medal at the 1972 games in Heidelberg, Germany. After a 12-year hiatus, the country’s Paralympians returned for the 1984 Games in Stoke Mandeville in the United Kingdom and have been part of the Summer Paralympic Games ever since.

Much like the Tokyo Olympics, India is sending their largest contingent for the Paralympics, which in itself is a matter of excitement. The country sent 19 athletes across five sports, and the contingent left Brazil with a record tally of two gold, one silver and one bronze. This year, 54 athletes will compete across nine para-sports – Archery, Athletics, Badminton, Canoeing, Shooting, Swimming, Powerlifting, Table Tennis and Taekwondo.

Jhajharia, along with High Jumper (F42) Mariyappan Thangavelu were the two Gold Medallists at Rio 2016, and both will be looking to defend their titles in Tokyo. Meanwhile, leading the Paralympic Committee of India will be Deepa Malik, who was a Silver Medallist in the Women's Shot Put F53 category in the previous edition of the competition.

India has won a total of 12 medals at the Games; Four Gold, Silver, and Bronze each. And with India sending a big group of athletes this year, the prospects of medals increases plentiful. The leading prospects include Para shuttler Pramod Bhagat, who is the World No. 1 in his category (SL3 - standing/lower limb impairment/minor) and enters the competition as a favourite.

Avani Lekhara, who features in four events, leads the shooting contingent. She will be looking to improve upon her silver medal at the 2019 Para Shooting World Cup. Avani’s colleague Rubina Francis (women’s 10m air pistol SH1), with a world record to her name, is another medal hope.

READ HERE: 10 Indian athletes to watch out for in Tokyo

The aforementioned names are just a few of the participating Paralympians in Tokyo, but the sheer size of our contingent is an indication of the growing support for Paralympians in our country. Each one of these para-athletes has overcome many trials and tribulations to reach the stage that they have, to represent India at the highest level of the sport.

With the Sports Ministry and the government backing these athletes, it is now time for the common people of India to get behind our country’s Paralympians as they get ready to thrive under the bright lights, following their compatriots who participated at the Tokyo Olympics.

What are the various categories of the Paralympic movement?

There was a 12-year gap between the two medals for Jhajharia and the reason for this is neither illness nor injury, but because his particular category F46 was not on the competition schedule in Beijing 2008 and London 2012. Once it was reinstated back for the Rio Olympics, Jhajharia did not miss his chance and broke his world record to win an unprecedented second gold medal.

“I had to wait for 12 years after winning my first gold medal in 2004. I made the most of the opportunity and bagged my second gold at Rio de Janeiro. I don’t want to miss this opportunity in Tokyo,” Jhajharia said to olympics.com. 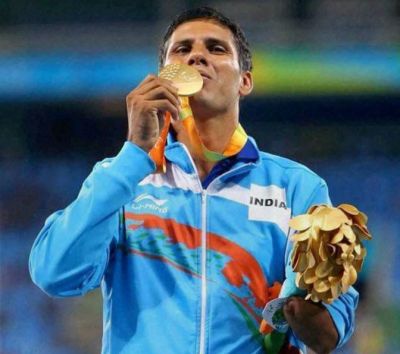 The different categories of the Paralympians are based on their particular impairment within the 22 sporting events that are scheduled to take place in Tokyo. The movement covers 10 impairment types that fall broadly into three categories: physical impairments, vision impairment and intellectual impairment.

Some sports are open to athletes in all categories, and others are reserved for specific impairments. Athletes are assessed within each category to see whether they meet a minimum impairment level, to ensure equity among the Olympians in a particular event.

For example: In sports like athletics, the athletes are placed in certain sports classes, pitting them against other athletes with similar impairments to ensure equity. Hence, the category F46 for the likes of Jhajharia and other amputees like him. But athletes may be reclassified over their lifetime as their situation changes.

With the stage set, now all these Olympians need is our love and support in what will undoubtedly be the biggest moments of their careers.

■Paralympics 2020: 10 Indian athletes to watch out for in Tokyo
■Aiming for 68m in Tokyo Paralympics, Jhajharia wants to break the world record again
■Mariyappan withdrawn as India's flag-bearer after coming in contact of Covid+ person