Imran Khan, 65, tied the knot with Bushra Maneka in a private ceremony in Lahore on Sunday. In an interview with Mailonline, Reham said “To have a woman veiled head to toe, he has alienated a lot of people. It has not gone down well, four months before the Pakistan election this is political suicide.” 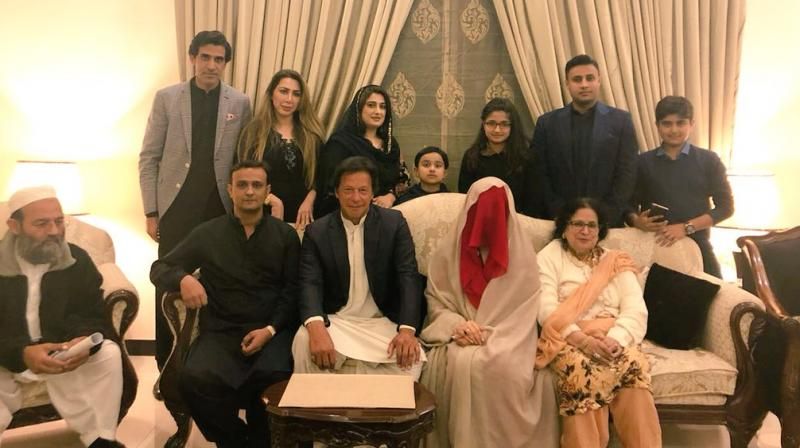 (Photo: AP)'This kind of veil is uncommon. I don't want to be rude, I was a bit miffed. It is cringeworthy.

Reham also went onto say that Imran’s political career is almost on the verge of coming to an end of after claiming that he would not make any decisions without his new wife.

In an interview with The Times, Reham alleged that her ex-husband knew Bushra for the last three years and continued to see her even during her short-lived marriage with the former cricketer-turned-politician.

"Imran Khan was in contact with Bushra three years ago when I was his wife and he is not the truthful man," she said.

Imran's third wife, Bushra, 44, was married to Khawar Farid Maneka, a senior customs official in Islamabad and is the mother of five children.

Imran had first married British socialist Jemima Goldsmith in 1995 that ended in divorce after nine years in 2004. His second marriage with Reham, then a TV anchor, lasted barely for 10 months.