The selfie was taken by Yuvraj on their way to Kolkata for the third ODI against England. In the picture, Ashiwn could be seen in the background, smiling at the camera when the photo was clicked.

The left-handed batsman could not resist trolling the bowler for photo bombing. “Thanks for the photo bomb @rashwin99 of to Kolkatta @virat.kohli”, Yuvi's caption of the picture read. 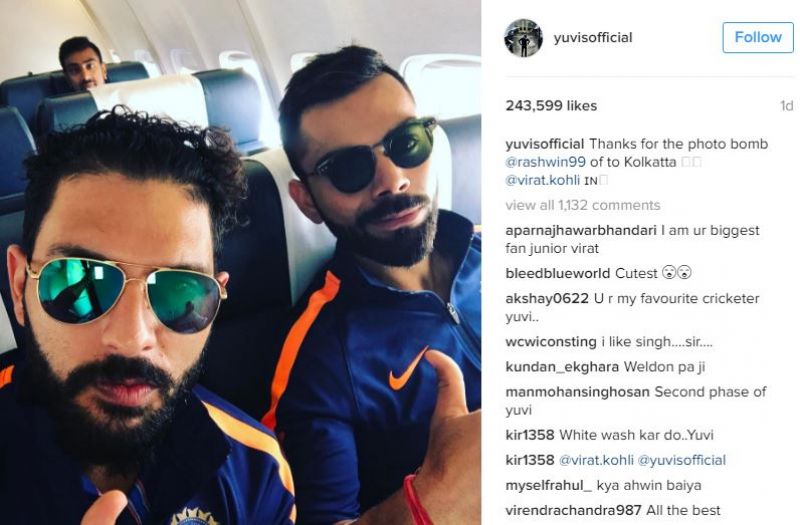 The southpaw smashed a career-best 150 in Cuttack to help India beat England by 15 runs and take an unassailable 2-0 lead in the three-match series. The third ODI will be played on Sunday in Kolkata.