Mumbai: A normal person would look-up statistics and records, to draw conclusions about a cricketer’s current form; but Sachin Tendulkar is no normal humanbeing.

Regarded by many as the God of cricket, Sachin had captured the imagination of the largest democracy in the world, at a time when the country had just started to experience economic boom.

Now that the India legend has retired from the game, a new protagonist has come forth in Indian cricket, taking his opponents by storm – Virat Kohli.

Kohli was made the captain of the Indian cricket team across all three formats of the game, earlier this year.

However, the burden of captaincy has not hindered Kohli’s performance one bit. On Friday, Kohli broke a long-standing record that was held by none other than the great Sir Don Bradman and Rahul Dravid. The Indo-Australian duo had held the record of having scored three double tons in as many consecutive Test series. Kohli however, surpassed that feat, scoring a double each century in the last four Test seires.

However, Sachin Tendulkar picked up all the stats he could find and chucked them right out of the window, while validating Kohli’s super form.

Instead, the ‘Little Master’ decided to focus on the ‘sweet spot’ of Kohli’s bat, which has taken quite a battering from the looks of it. 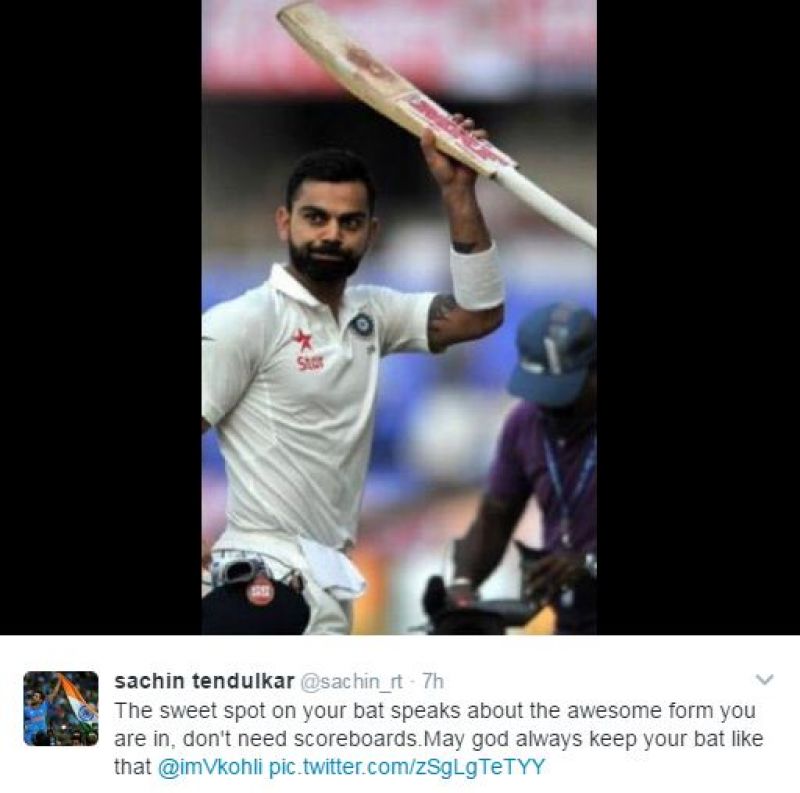