DECCAN CHRONICLE.
Published Aug 8, 2017, 5:36 pm IST
Updated Aug 8, 2017, 5:41 pm IST
The former India pacer was a subject of trolls after he shared an image of himself celebrating Raksha Bandhan.

Irfan Pathan slammed the haters on Instagram, taking a dig at their hypocrisy. (Photo: AFP)

Vadodara: While cricketers receive a lot of praise and attention, many are subjected to criticism from time to time. Former India cricketer Irfan Pathan made the headlines for the wrong reasons again on Monday after he was bashed for celebrating Raksha Bandhan by Muslim radicals.

The former India seamer took to Instagram and wished his followers on the occasion of Raksha Bandhan, flaunting the rakhi around his wrist. "Happy Rakhi everyone #rakshabandhan," Pathan captioned the image.

However, what followed was the brunt of Muslim radicals who pointed fingers at Pathan for being ‘un-Islamic’ and celebrating a Hindu festival. 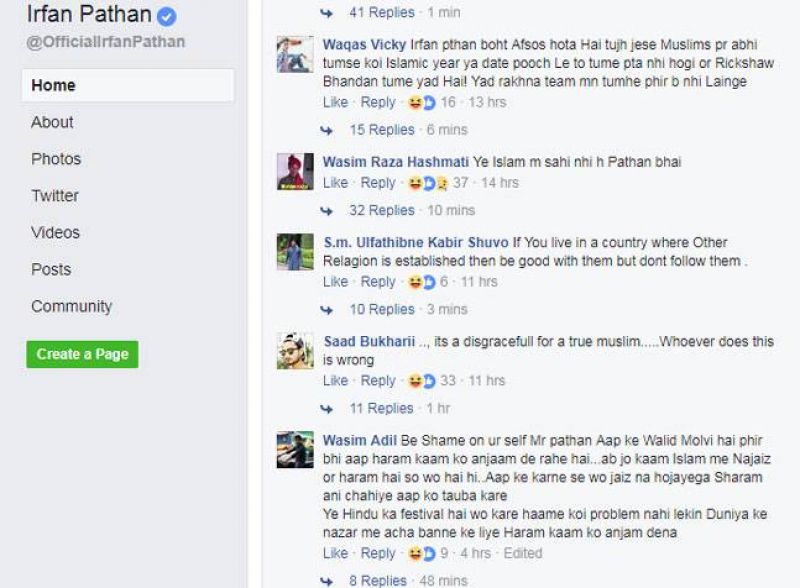 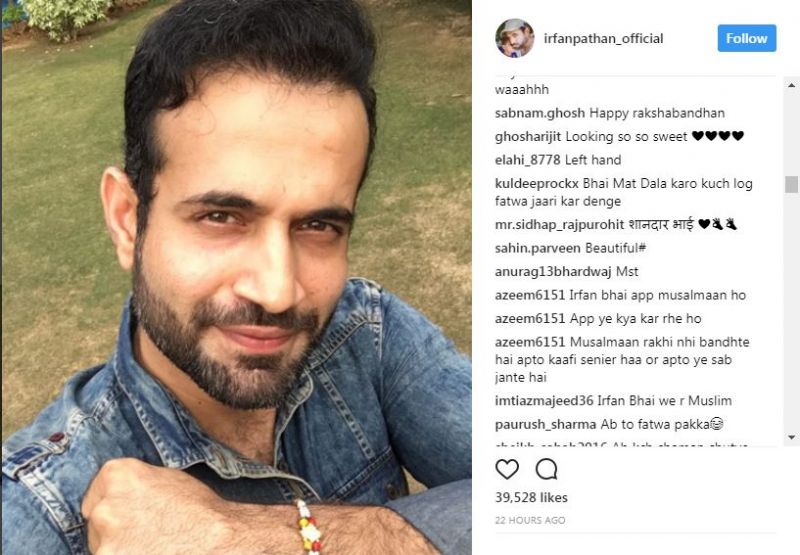 One particular troll also slammed him saying his father is a Moulvi (Muslim priest) yet he’s practising un-Islamic things.

Never one to back down, Pathan slammed the haters, taking a dig at their hypocrisy.

"Using foul language, talking to each others rudely on the basis of religion. It shows nothing but your own learning which some people have gathered in their mind over the years. Stop this nonsense of putting each other down," Pathan added in a reply to the trolls on Instagram. Pathan was also previously bashed for sharing a picture of his wife who was not dressed in proper attire.

This is not the first time cricketers have been targeted by radicals. Cricketers like Mohammed Shami, Moeen Ali, Mohammad Kaif have also been mercilessly trolled for their actions.