Modi sported a yellow-coloured turban with a dash of green and red along with a long trail that extended till his ankle as he addressed the nation from the ramparts of historic Red Fort on 73rd Independence Day. (Photo: ANI | Twitter)

Modi sported a yellow-coloured turban with a dash of green and red along with a long trail that extended till his ankle as he addressed the nation from the ramparts of historic Red Fort on 73rd Independence Day.

Keeping the outfit simple he donned plain white half-sleeved kurta paired with his signature taut churidaar. The look was accentuated with a unique scarf around his neck with an orange border placed with a black and white pattern.

Read | One nation, one Constitution spirit has become a reality: PM in I-Day speech

As the Prime Minister yet again aces the Independence Day look, let's have a look at his previous outings with the turban.

2018: In this year, Prime Minister sported a saffron turban for his 72nd Independence Day. The largely saffron turban also had a dash of red and its long trail almost extended till the Prime Minister's ankle. The colour saffron is a signifier of sacrifice and courage. The look was enhanced with a churidaar and a plain white full-sleeved kurta. 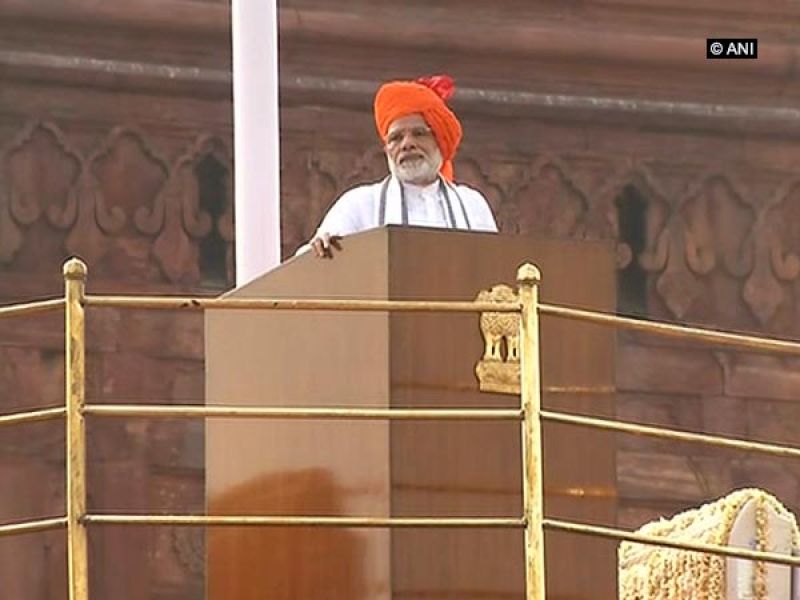 2017: Prime Minister's turban for 2017 was a mix of bright red and yellow with criss-crossed golden lines all over it. Modi finished off the look with his trademark beige coloured half-sleeve bandhgala kurta. Just like this year, the turban for the 71st Independence also had a long trail. 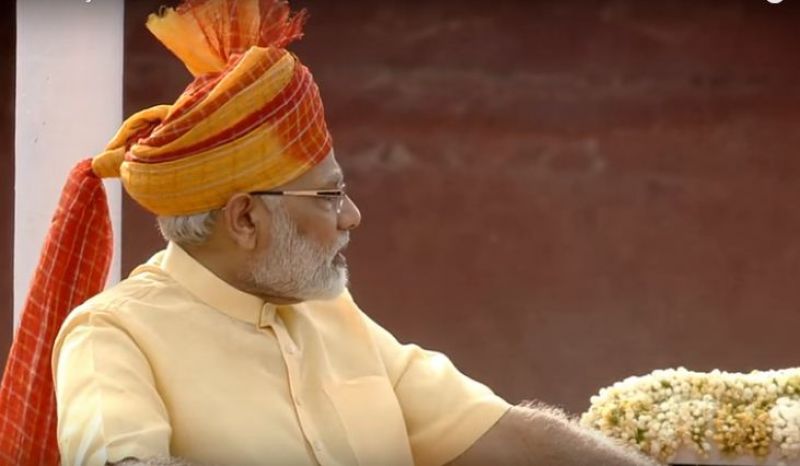 2016: This year Prime Minister opted for a tie and dye turban in hues of pink and yellow. The soft fabric made Modi's look for the 70th Independence Day stand out from the rest of his picks. He teamed it with a white kurta with soft check of the same colour. 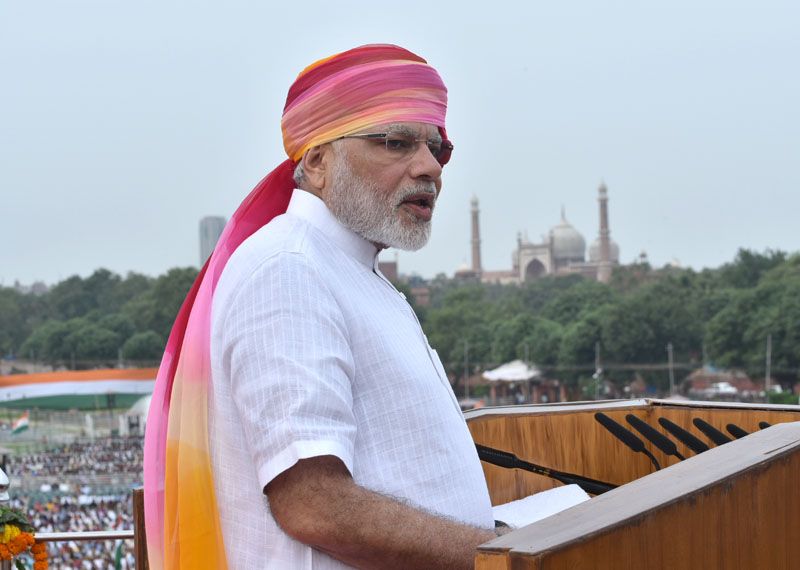 2015: The base colour for this year's turban was yellow; it was covered with criss-crossed lines in different shade of the same colour, along with a few in red and deep green. The Prime Minister paired it with a kurta and 'Modi jacket'. Keeping the patriotic spirit alive, he finished off the look with a tri-coloured pocket square for celebrations of the 69th Independence Day. 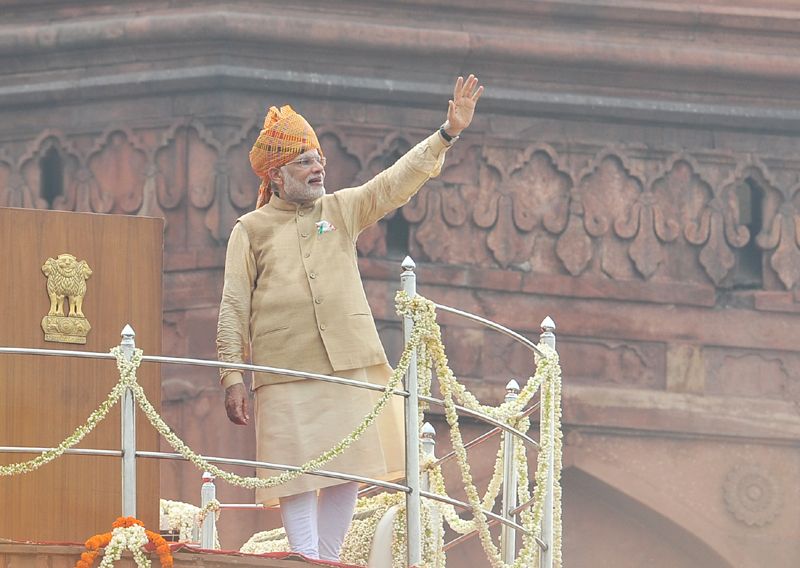 2014: For his maiden Independence Day address as the Prime Minister, Modi opted for a Jodhpuri bandhej turban in bright red colour with green at the trail. 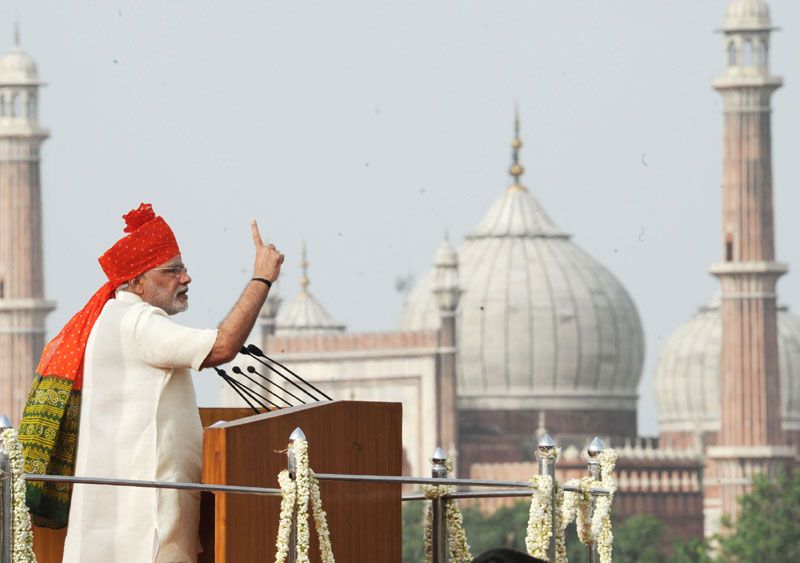 Since 2014, along with the political initiatives, Prime Minister Modi's wardrobe has also been in the news- from his outfits to the headgears he wears.

Modi has sported a variety of headgears, ranging from the authentic Gujarati turban to the traditional Naga headgear. Whether it is a political rally or launch of infrastructure projects, Modi makes sure he gets to try on the traditional headgears of the place he is visiting and he is surely lucky given the diversity of India.

Kerala to decide on complete lockdown on Monday