The cartoon tweeted by Tharoor depicted a man tied to a tree with a rope and a group of other men surrounding the tree, thrashing him with sticks and kicking him. It also shows a man is being forced by mob to chant "Jai Shree Ram''. 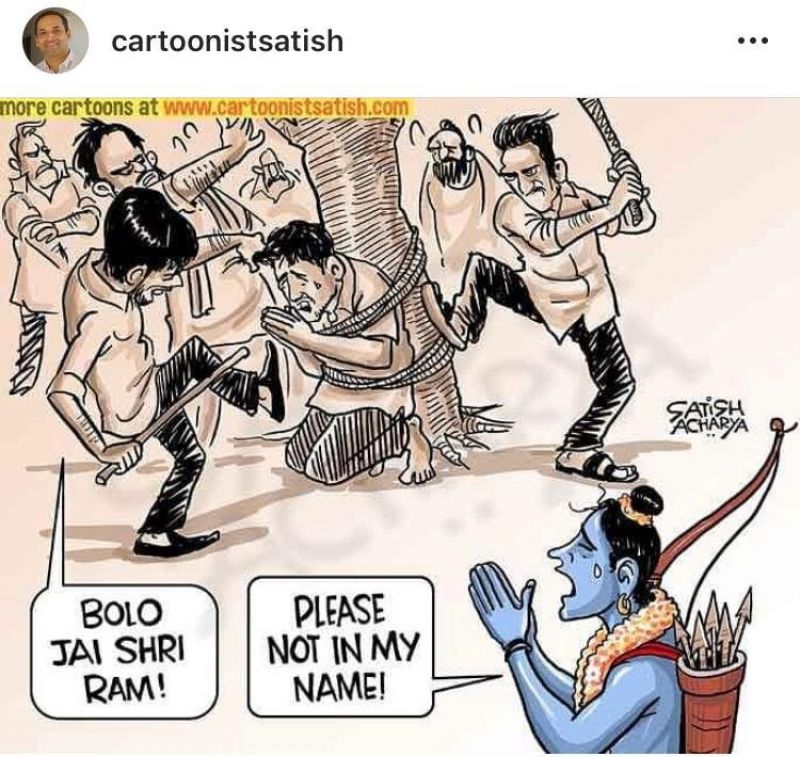 However, cartoon also shows Lord Ram crying with folded hands to the mob, pleading ''Please not in my name''.

Last Tuesday evening June 18, a newly married man named Tabrez Ansari was allegedly tied to a pole and thrashed by mob and forced to chant 'Jai Sri Ram' and 'Jai Hanuman' on suspicion of stealing a motorcycle at Dhatkidih village in Jharkhand.

Tabrez was beaten for more than seven hours by a mob due to which he fell unconscious and on Wednesday morning handed to police. Ansari later succumbed to his injuries at a local hospital.

The police arrested 11 people in connection to this mob lynching, also the relatives of Tabrez Ansari demand strict action against the culprit mob and accused the police of not treating their son properly.