Mumbai: A large number of protesters gathered at Jantar Mantar in Delhi on Thursday to protest the amended citizenship law after they were not allowed to demonstrate near the Red Fort and Mandi House where prohibitory orders have been imposed.

Left leaders including D Raja, Sitaram Yechury, Nilotpal Basu, Brinda Karat, Congress' Ajay Maken and Sandeep Dikshit, and activists Yogendra Yadav and Umar Khalid were among those detained near the Red Fort and Mandi House where the two demonstrations were planned to be held.

Government Sources have released a fact sheet on frequently asked questions on the #CitizenshipAmendmentAct pic.twitter.com/GcElRZJlZS

06:20 pm: Uttar Pradesh CM Yogi Adityanath said he has called a meeting over the violence. “You can’t indulge in violence in name of protest. We will take strict action against such elements. Will seize property of those found guilty and compensate damage to public property,” he added.

05:40 pm: Delhi Police PRO, MS Randhawa said police is closely monitoring social media, please share with us if you receive any rumours. We are identifying those who are trying to spread rumours and will take legal action against them.

05:20 pm: MoS Home G Kishan Reddy said, “Instigating people in the name of religion is not what political parties should do. Political efforts should be made to maintain peace. If you want to protest, please don't create violence and rumours. There aren't violent protests anywhere except Lucknow where violence broke out today. Otherwise situation is peaceful everywhere.”

05:00 pm: West Bengal Chief Minister Mamata Banerjee said, “Suddenly after 73 years of independence we have to prove that we are Indian citizens. Where was the BJP's head and tail at that time? BJP is dividing the country. Don't stop your protest because we have to get CAA revoked. Let there be an impartial organisation like United Nations or National Human Rights Commission hold a referendum to see how many people are in favour or against.” 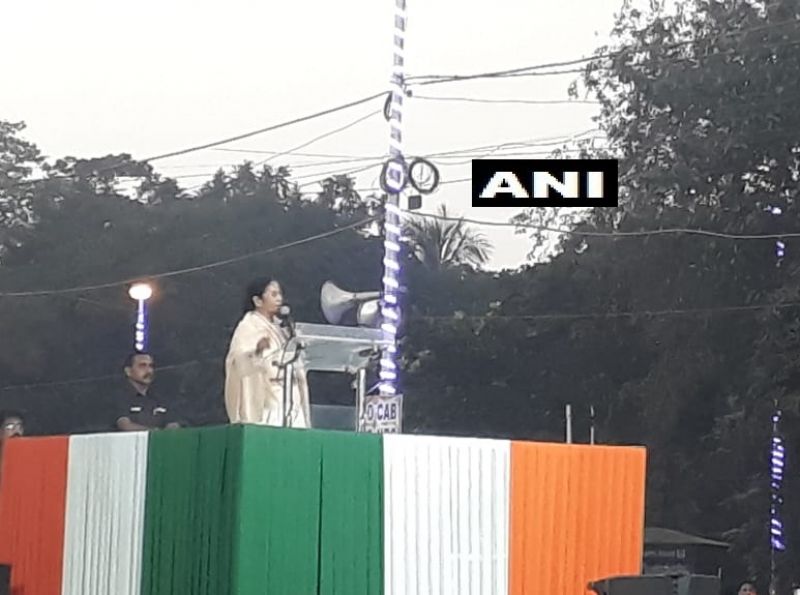 04:35 pm: SSP Lucknow, in Husainabad said, “Situation is under control now. Mob had turned violent but force didn't lose their patience. Mob has been dispersed forcefully so that there is no loss of life or property. The force is now being moved to other location. 40-50 arrested across the district.”

04:20 pm: Mobile internet services to remain suspended in Assam, till 9 am tomorrow.

03:30 pm: 19 IndiGo flights were cancelled and 16 others were delayed as crew members were stuck in traffic jam at NH-8 due to anti-CAA protests on Thursday, a Delhi airport official said. Three airlines -- Vistara, Air India and IndiGo -- announced that their passengers, who are stuck in traffic due to anti-CAA protests at various parts of Delhi, will be adjusted in subsequent flights.

02:50 pm: Delhi: Students and other people of Muslim community offered Namaz outside the gates of Jamia Millia Islamia University. Members of other faiths formed a human chain around them.

#WATCH Delhi: Students and other people of Muslim community offered Namaz outside the gates of Jamia Millia Islamia university. Members of other faiths formed a human chain around them. pic.twitter.com/FEPZOqI1MX

02:15 pm: Gujarat: Police resort to lathi-charge during protest called by different Left parties, over Citizenship Amendment Act, in Ahmedabad. The protesters were allegedly blocking police vehicle when the police resorted to lathi charge to disperse them.

#WATCH Gujarat: Police resort to lathi-charge during protest called by different Left parties, over #CitizenshipAmendmentAct, in Ahmedabad. The protesters were allegedly blocking police vehicle when the the police resorted to lathi charge to disperse them. pic.twitter.com/tTIWJXsf8T

Karnataka: Protests continue at Town Hall in Bengaluru against the #CitizenshipAmendmentAct. pic.twitter.com/V6LqbqJSNA

01:36 pm: Sukhbir Singh Badal, Shiromani Akali Dal President said, “Appeal that protests should not be violent. As for the act, I had said in Parliament also that no religion should be excluded from this act.” 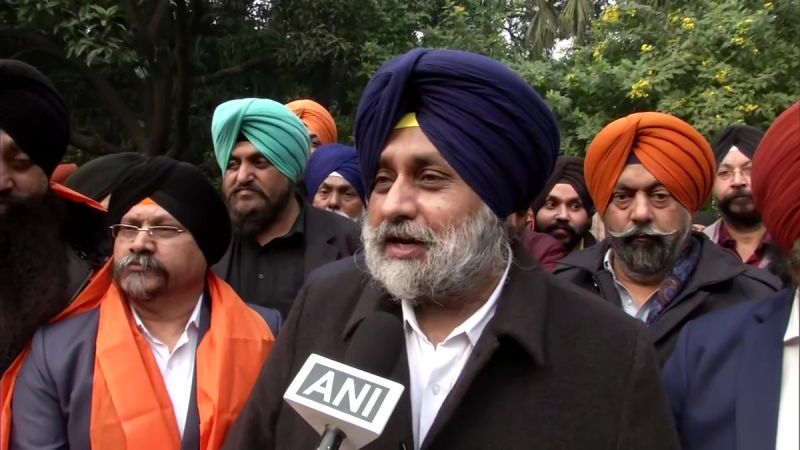 01:30 pm: Film-maker Aparna Sen in Kolkata said, “Ours is a sub-continent that has many languages, cultures, ethnicities, it is held together by a strenuous thread that is secularism. If that thread breaks, then, the country breaks up.” 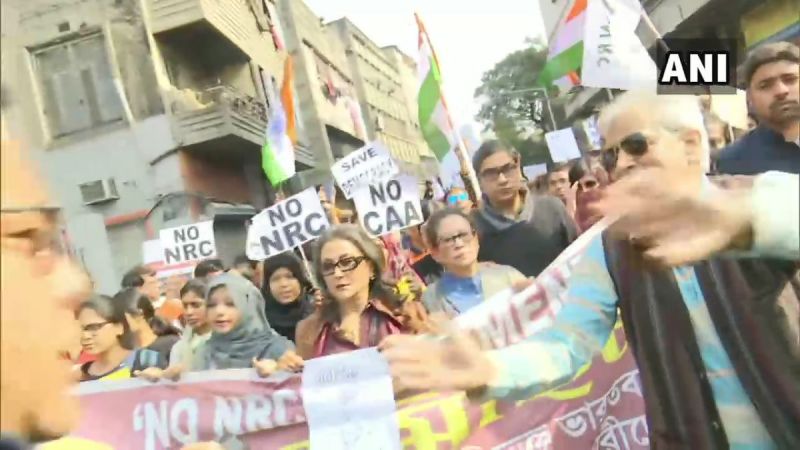 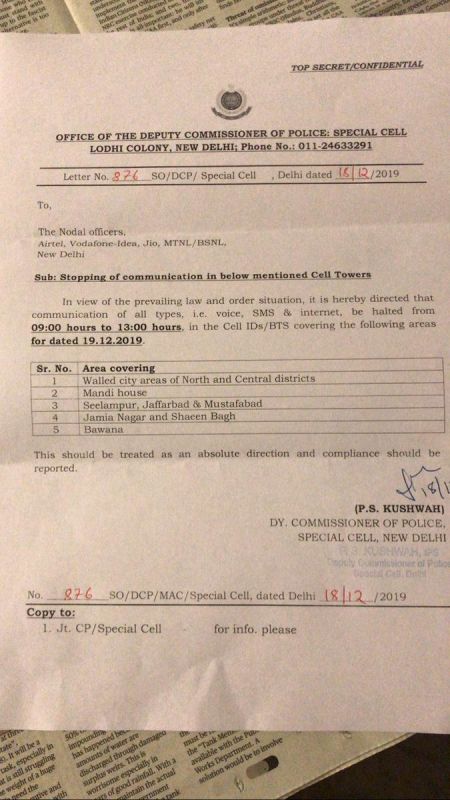 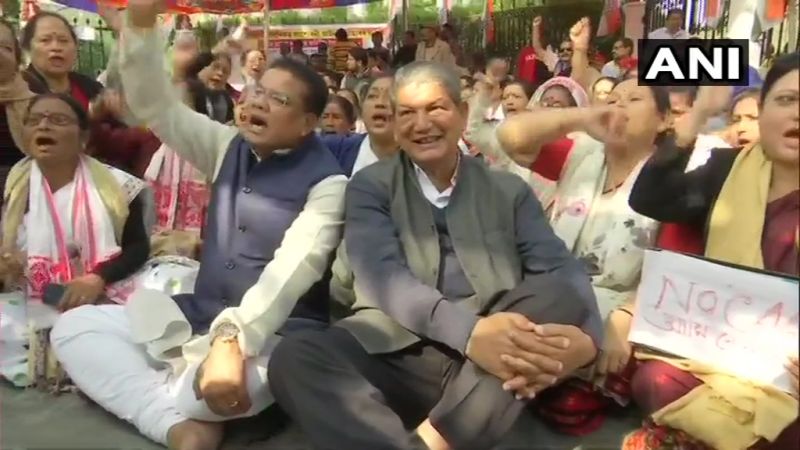 12:55 pm: Delhi CM Arvind Kejriwal said, “Today, law and order situation in the country is deteriorating. There is a fear among all citizens today. I appeal to the central government to not bring this law but give employment to the youth.”

12:42 pm: Delhi: Congress leader Sandeep Dikshit detained by police at Mandi House. He said, "I was not allowed to go to Red Fort (for protest), so, I came to Mandi House".

12:30 pm: Internet has been suspended in parts of Delhi amid protests against the citizenship law, Airtel confirmed to customers who complained. The operator's customer care department confirmed that there was a government directive to suspend internet, voice and SMS services in "many parts" of Delhi. 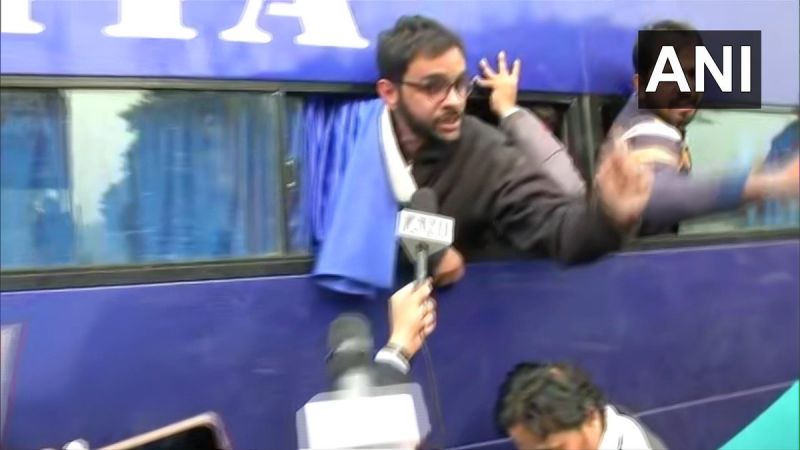 11:56 am: Hyderabad: Police detain protestors who were holding demonstration against Citizenship Amendment Act near Charminar.

11:55 am: Delhi Police PRO MS Randhawa, at Red Fort said, “We request protest organizers to hold protests at designated places only. I appeal to all to cooperate with the police.” 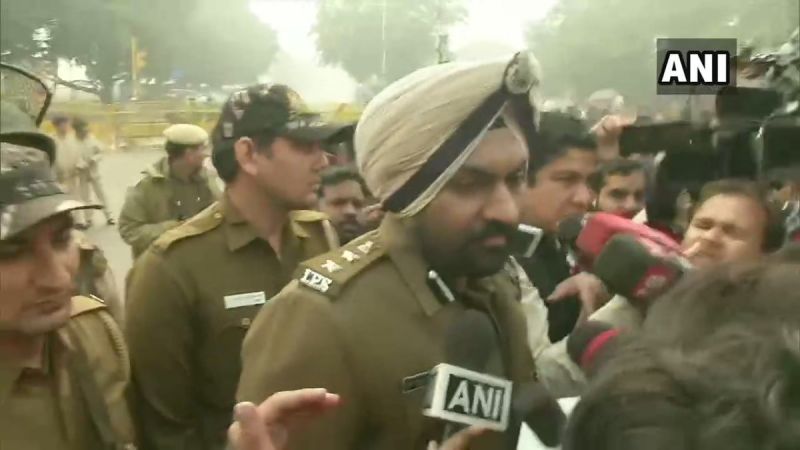 11:45 am: Left leaders D Raja, Sitaram Yechury, Nilotpal Basu, Brinda Karat and others were detained at Mandi House here during an anti-Citizenship Act protest for defying prohibitory orders imposed by the Delhi Police in the area.

11:35 am: Condemning police action against the protestors across the country, Congress party tweeted, "It is the democratic right of every citizen to protest peacefully against the govt. Imposing #Section144 & internet shutdowns are draconian measures to muzzle citizens by a govt that is terrified of hearing what Indians have to say. BJP should be ashamed."

It is the democratic right of every citizen to protest peacefully against the govt. Imposing #Section144 & internet shutdowns are draconian measures to muzzle citizens by a govt that is terrified of hearing what Indians have to say. BJP should be ashamed.https://t.co/hxlxOdzTzR

11:30 am: Karnataka: Left parties hold protest in Bengaluru against the amended Citizenship Act and NRC.

11:25 am: Yogendra Yadav and historian Ramachandra Guha are among the protestors who have been detained as a part of police crackdown on anti-CAA protests.

11:15 am: Delhi: Large number of protesters in Red Fort area where Section 144 has been imposed. 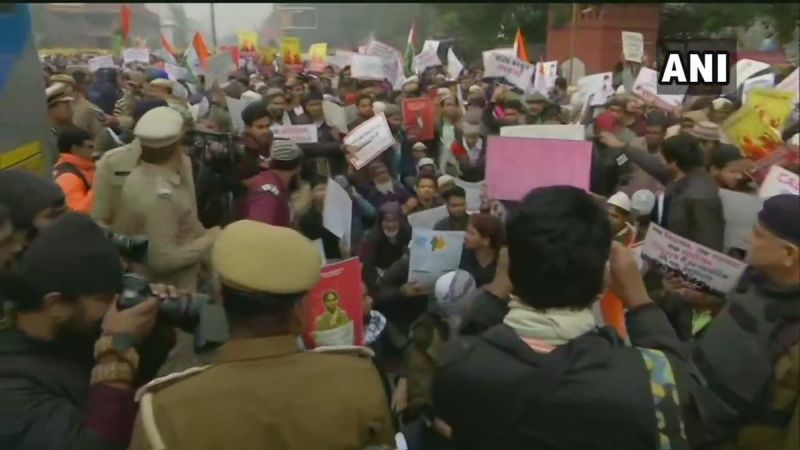 11:05 am: Delhi: Police detain protesters near Red Fort. Section-144 of the Code of Criminal Procedure (prohibits assembly of more than 4 people in an area) has been imposed near Red Fort.

11:00 am: Karnataka: Consortium of Left wing and Muslim organisation hold protest in Kalaburagi. Police have detained more than 20 protesters.

10:35 am: Several routes across the national capital witnessed massive jams, including the busy Delhi-Gurgaon border as the Delhi police barricaded roads and imposed transport restrictions ahead of protests against the Citizenship Amendment Act. 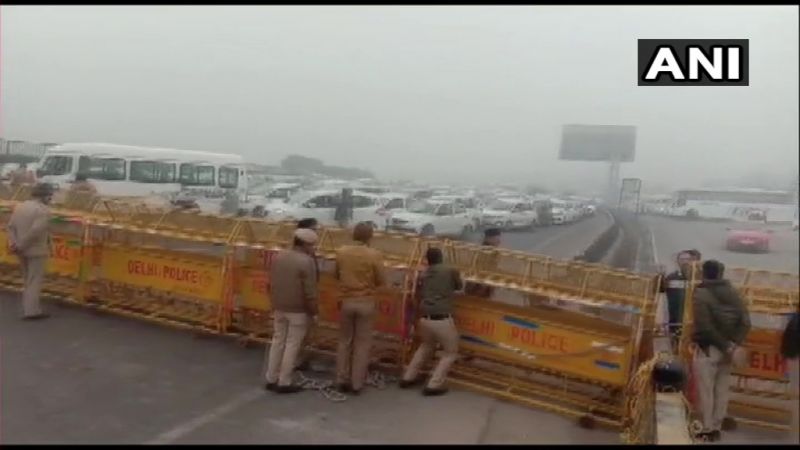 10:25 am: Ahmedabad Police: No permission has been given for rally or protest for today. They request citizens to adhere to law.

10:10 am: DMRC: Entry and exit gates of Lal Quila, Jama Masjid, Chandni Chowk and Vishwavidyalaya are closed. Trains will not be halting at these stations.

09:45 am: Delhi Police said permission has not been granted for the march to be held under the banner of 'Hum Bharat Ke Log' against Citizenship Amendment Act from Lal Quila to Shaheed Bhagat Singh Park (ITO) at 11:30 am today.

09:30 am: Bengaluru: Police deployed in Town Hall area as a 'bandh' has been called by consortium of Left wing and Muslim organisations in Karnataka on Thursday in protest against Citizenship Act and NRC. Section 144 has been imposed throughout Bengaluru including Rural District from 6 am today for the next 3 days.