No woman has yet been able to visit the Sabarimala temple after the Supreme Court lifted the centuries-old ban. (Photo: PTI)

Kerala: Minutes away from creating history by entering the Sabarimala temple, two women, a journalist and a woman devotee, activist have decided to return after the chief priest of the shrine said he would be forced to shut the temple and walk out with the keys if the women enter.

The women, who were led by a team of police headed by IG S Sreejith, are now being escorted back and would be under police protection till they are safe back home, the senior police officer said.

According to reports, the home of one of the women in Kochi was vandalised early on Friday morning. Anticipating trouble, the journalist was made to wear riot gear, while the devotee wore a helmet along with the traditional attire for the pilgrimage.

Today is the third day after the Sabarimala temple opened its doors to the shrine for women of all ages following the Supreme Court September 28 verdict that lifted ban on entry of women between ages 10 to 50 years.

No woman has yet been able to visit the Lord Ayyappa shrine after the apex court lifted the centuries-old ban.

Devotees have blocked attempts from women of menstruating age from taking the 4.7 km walk from Pamba.

On Thursday, Suhasini Raj, who works as India correspondent for The New York Times, along with a foreign national colleague, managed to go past the Pamba gateway but was turned back mid-way by agitated devotees who formed a human wall before her.

On Thursday, Sabarimala temple chief priest had appealed to women belonging to the age group of 10-50, not to come to Sannidhanam.

Sabarimala Ayyappa temple's website explains that since Lord Ayyappa was "Nithya Brahmachari" - or celibate - women in the 10-50 age group are not allowed to enter. "Such women who try to enter Sabarimala will be prevented by authorities," the website mentions.

On September 28, a five-judge Constitution bench of the Supreme Court, headed by then Chief Justice Dipak Misra lifted the centuries-old ban on the entry of women of menstrual age into the shrine.

Here's what happened on day 3 of Sabarimala temple opening:

05:24 pm: “We have decided to appeal against the Supreme Court verdict that allowed women of all age groups to enter Sabarimala Temple,” said A Padmakumar, Travancore Devaswom Board chief.

03:53 pm: "We want to abide by the Supreme Court's order. Earlier, the Congress was in favour of entry of women of all age groups in the Sabarimala temple but now they are protesting against it as we are in power," said CPI(M) leader Kodiyeri Balakrishnan.

03:52 pm: "Following the Supreme Court's verdict, a lot of arrangements had to be put in place but the BJP is causing hindrance in putting those arrangements in place," said CPI(M) leader Kodiyeri Balakrishnan.

03:42 pm: "All the TV crews who went there which had women were roughed up, the pattern is very similar to the time of the Babri Masjid demolition. You have the heads of the volunteers wearing saffron bands, the same dress you found there then. Similar thing is being done here (Sabarimala) so it is an organised thing that the RSS is doing. RSS has lost the battle of not letting the gates of Sabarimala open, they even lost the battle that the temple shouldn't open on time," CPI(M) general secretary Sitaram Yechury said.

03:15 pm: "This is agenda driven. Police is also involved in it...This is not a place for sex tourism. This is the abode of lord Ayappa," Prayar Gopalakrishnan, former Travancore Devaswom Board President.

01:19 pm: "I don't know what happened to my children. My life is also in danger. But they (police) have said that they will provide protection. That is why I am going back," woman activist Rehana Fatima.

01:18 pm: "People, not the devotees, who want to disrupt peace didn't allow us to enter. I want to know what was the reason. Tell me, in which way one needs to be a devotee. You tell me that first and then I will tell you if I'm a devotee or not," said woman activist Rehana Fatima.

12:29 pm: "Sabarimala is not a tourist spot, only devotees go there. Right now what Kerala police is doing is wrong. Had there been our government we would've handled the situation better. We would've talked to devotees, there would've been no violence," Congress leader Ramesh Chennithala said.

12:23 pm: "We met the Governor and explained to him the current situation. Not only Hindus but people from all religions are going there. Everyone is worried. The woman activist (Rehana Fatima) was given a police uniform. It was wrong," Congress leader Ramesh Chennithala said.

12:07 pm: After two women were turned back by devotees, another woman devotee Mary Sweety, who was heading to the Sabarimala temple was returned from mid-way. Mary Sweety was stopped by protesters at Pamba.
"I don't know about them (journalist Kavitha Jakkal and woman activist Rehana Fatima). If women have returned, it is your drawback. I want to go there," Mary Sweety said.

She has currently been taken to a police control room.

11:36 am: "It's a ritualistic disaster. We took them up to temple and gave them protection but 'darshan' is something which can be done with consent of priest. We will give them (journalist Kavitha Jakkal and woman activist Rehana Fatima) whatever protection they want," Kerala IG S Sreejith said.

11:35 am: "We had brought them (journalist Kavitha Jakkal and woman activist Rehana Fatima) till (Sabarimala) temple premises but tantri and priest refused to open temple for them. While we were waiting, tantri informed me that if we attempt to take the women ahead they would close the temple,"  Kerala IG S Sreejith said.

11:19 am: "We have decided to lock the temple and handover the keys and leave. I stand with the devotees. I do not have any other option," Sabarimala head priest  Kandararu Rajeevaru. 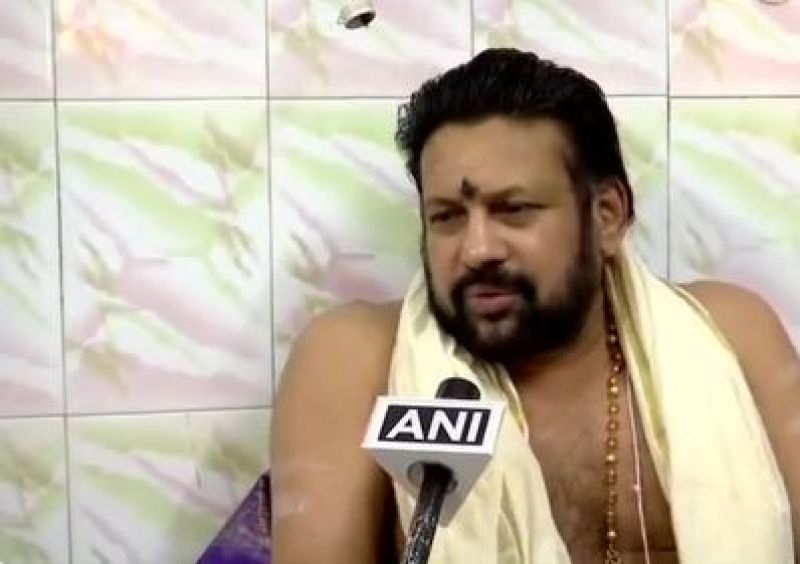 10:59 am: "We have told the female devotees about the situation, they will now be going back. So we are pulling pack. They have decided to return," Kerala IG said.

10:50 am: The two women - a journalist and a devotee, activist - who had made the trek to the Sabarimala temple early on Friday morning have agreed to return. The women were stopped around 500 metres ahead of the shrine by devotees. The two women will receive police protection on their way back to the base camp.

10:42 am: Head priest of the Sabarimala temple informed police that temple rituals will be closed if the women are allowed entry to the shrine.

10:41 am: "If the women enter the temple then we will be forced to shut the temple. I will walkout with the keys": Sabarimala temple head priest Kandararu Rajeevaru told media.

10:35 am: "There are some people like activists trying to enter. It's impossible for the government to figure out who is who. We know there are two activists. One is believed to be a journalist as well. People of all ages will be allowed to go there. But at the same time we won't allow it to be a place where activists can come&showcase their power. It can't be a place where they prove certain points of theirs," State Devaswom (religious trusts) Minister said.

10:30 am: To take stock of the situation, Kerala Governor K Sathasivam sought an update from Kerala police on the Sabarimala deadlock. Kerala DGP is scheduled to meet the Governor shortly.

10:15 am: Journalist Kavitha Jakkal of Hyderabad based MoJo TV and woman activist Rehana Fatima moved to the office where the two have been called by Inspector General S Sreejith. 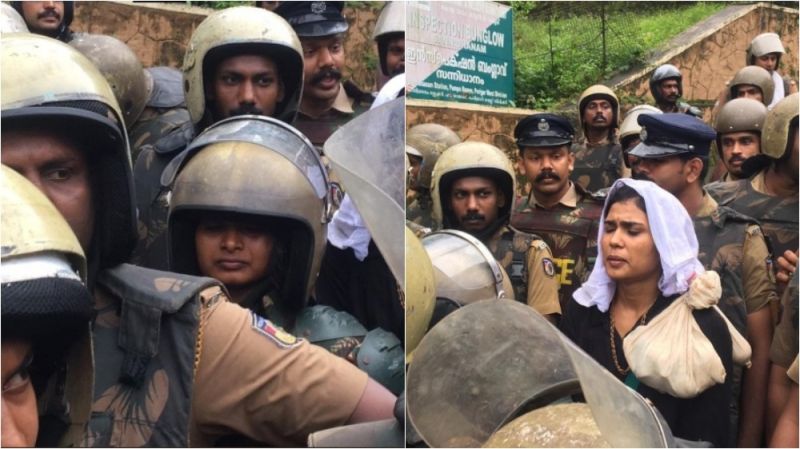 09:50 pm: The hearing in the bail application matter of activist Rahul Easwar will take place tomorrow before Pathanamthitta Judicial first class Magistrate 1. He was arrested on October 17 from Nilakkal base camp.

09:38 am: Devotees are sitting in protest the Sabarimala temple.

09:21 am: Police will not create any issue in Sabarimala and we don't want a confrontation with you devotees. We are only following the law. I will be discussing with the higher authorities and brief them on the situation: Inspector General S Sreejith to devotees. 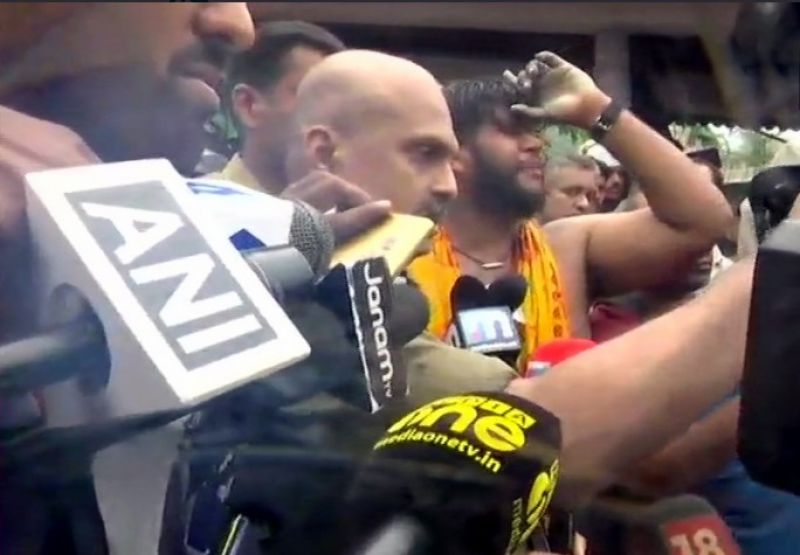 They are not devotees who are indulging violence but BJP volunteers who have gathered in the guise of devotees.There was no women devotee at the scenes of violence butonly women journalists and that too kilometres from the temple. Violence at Sabarimala is BJP’s manipulation.

08:40 am: Kavitha Jakkal, the Hyderabad based woman journalist undertaking the trek, is being escorted by police. Police have assured her protection till the shrine. 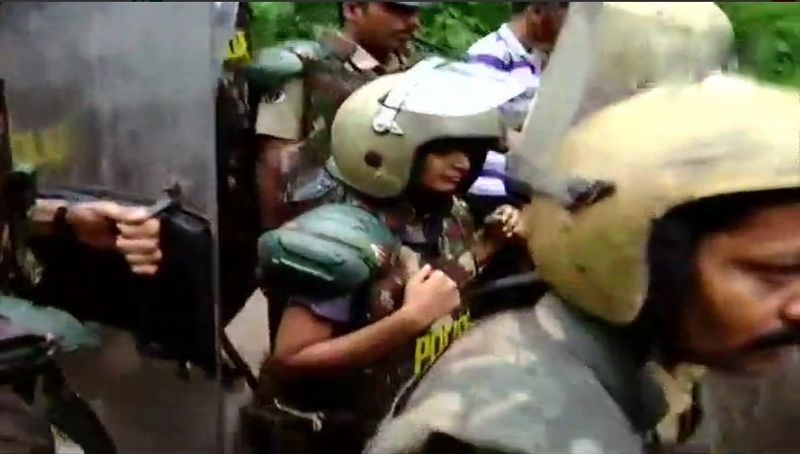 08:30 am: The Supreme Court is right that men and women are equal. But here some culture is going on that women in age group of 10-50 years aren't allowed in the temple. It's our custom. We should follow our customs as India is custom-following country: Devotee at Sannidhanam, Kerala. 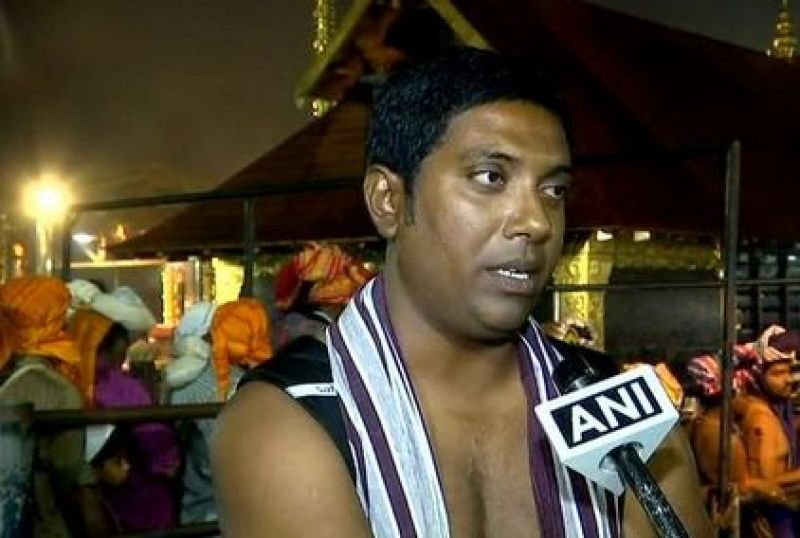 08:25 am: Journalist Kavitha Jakkal of Hyderabad based MoJo TV and activist, Kochi resident Rehana Fatima have started 4.7 km trek towards the Sabarimala temple. Police said they will be escorted till the shrine.

Consider booster dose for those above 40: INSACOG