What are India polls without a few snakes, slaps and kisses?

The world's largest democratic exercise did not limit itself to the usual fiery rhetoric, chopper-hopping campaign trails or unabashed mud-slinging at each other. (Photo: File)

Mumbai: The world's largest democratic exercise did not limit itself to the usual fiery rhetoric, chopper-hopping campaign trails or unabashed mud-slinging at each other.

There were shoes, slaps, snakes and more to add more flavour to these unbearably long elections.

Let’s take a look at these ‘oops’ moments.

On April 16, the Congress first salvo coincided with the release of drama-filled, fantasy series Game of Thrones’ final season. A tweet by the party superimposed top BJP leaders’ faces on the GoT cast, making fun of the ruling party. 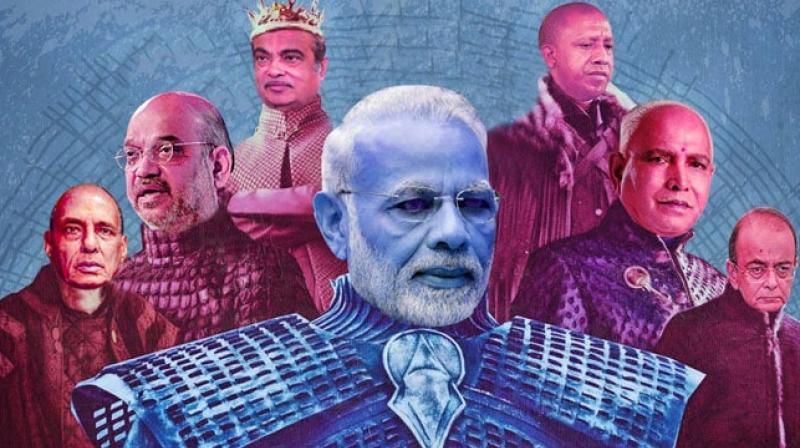 Man hurls shoe at BJP leaders during a press conference:

No polls are complete without a few flying shoes.

During a press conference on April 18, a shoe was hurled at BJP leaders Bhupendra Yadav and G V L Narsimha Rao. The shoe-thrower identified himself as a doctor by profession. If he had been a javelin thrower, the shoe would have found its subject

On April 19, Congress leader Hardik Patel was slapped by an unidentified man while addressing a poll rally in a village in Gujarat's Surendranagar district. Hardik was not agile enough to duck, and faced the full wrath of his detractor. 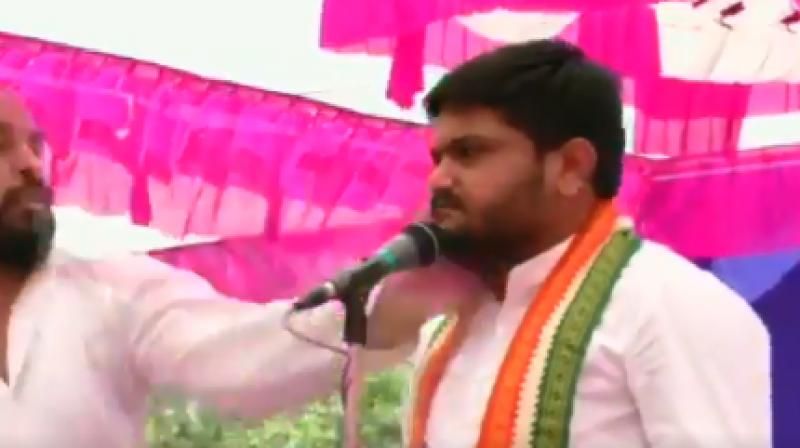 An unusual voter in Kannur:

The animal kingdom was also curious to know who votes for whom in the Kannur constituency. A snake was found cosy inside a VVPAT machine in a booth at Mayyil Kandakkai. Poll staff threw a fit but nobody was hurt.

Read: Snake inside VVPAT machine holds up polling in Kannur

During an election rally on April 23, Congress leader and former two-time Madhya Pradesh chief minister Digvijaya Singh tried something but miserably failed. He asked the crowd if they had got the Rs 15 lakh that Prime Minister Narendra Modi had promised. He invited a youth on stage to share his views on this and was expecting a favourable response. Little did he know that the young man was a bhakt. He promptly grabbed the mike and praised the surgical strikes to high heaven, while Diggy Raja was left sputtering.

On April 27, Congress president Rahul Gandhi and his sister Priyanka Gandhi Vadra, who were on the campaign trail for the Lok Sabha polls, met each other at the Kanpur airport in Uttar Pradesh and shared a few light-hearted moments.

Posting a video of their meeting on Facebook, Rahul Gandhi wrote: "Was nice meeting Priyanka at Kanpur Airport! We're headed to different meetings in UP."

Read: Watch: Rahul Gandhi explains what it means to be a good brother 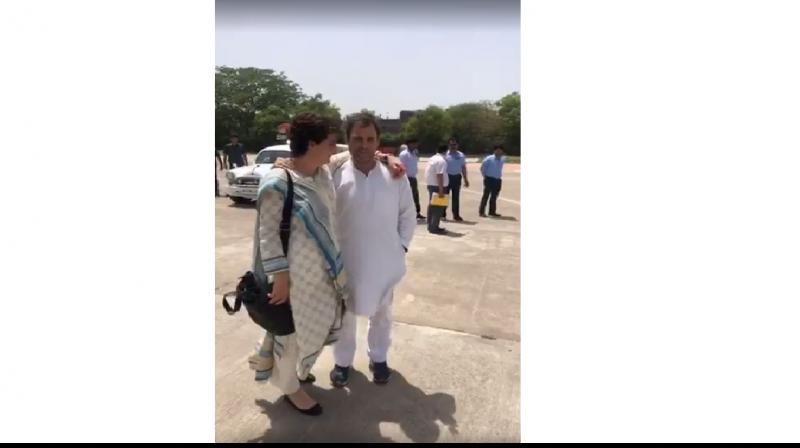 "Let me tell you what it means to be a good brother. What it means is that I am doing these massive long flights and I am going in a little helicopter squeezed up. And she is doing short flights and going in a big helicopter," he said in the video, with Priyanka Gandhi laughing and saying "that is not true".

The two also posed for photographs with pilots and the airport ground staff.

No hard feelings here! BJP’s Uma Bharti didn’t get a ticket this time and was replaced by Pragya Thakur in Bhopal. She took it sportingly but both may have overdone it a bit.

On April 29, when the two met, Pragya cried and Uma bowed to her and touched her feet! 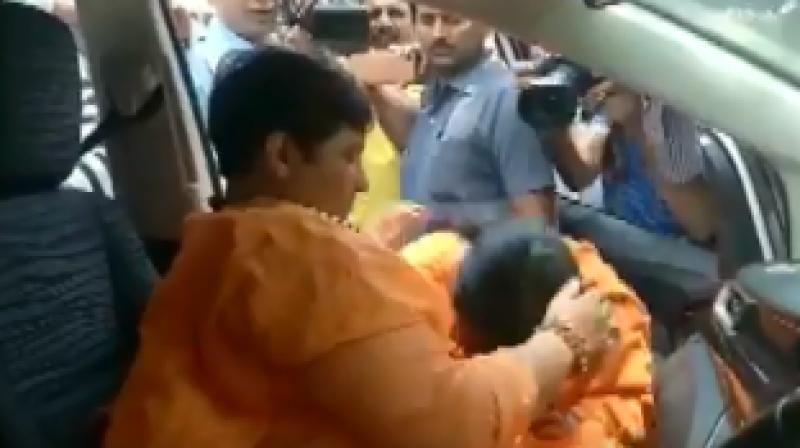 Priyanka Gandhi plays with snakes during the campaign

Priyanka may have charmed the electorate in eastern Uttar Pradesh but she tried her luck on snakes too. During hectic electioneering on May 2, Priyanka met snake charmers in Raebareli constituency and boldly held up a reptile. After chit-chatting with snake charmers at the village, she even played with the snakes much to the amusement of onlookers.

Read: Watch: Priyanka Gandhi playing with snake in her hand, says 'it's fine' 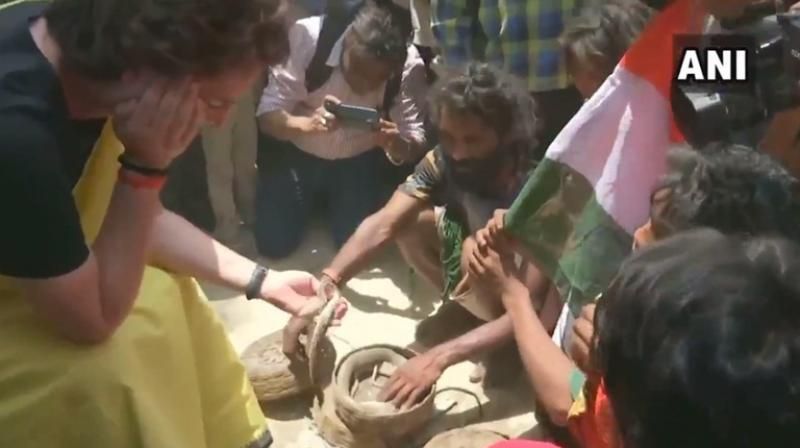 Arvind Kejriwal slapped during a roadshow:

Nobody gets tired of slapping Delhi Chief Minister Arvind Kejriwal. It happens to him again and again. This time it was on May 4 during a roadshow when a man climbed on to his vehicle and found his cheek. Poor Kejriwal couldn’t get out of the way. 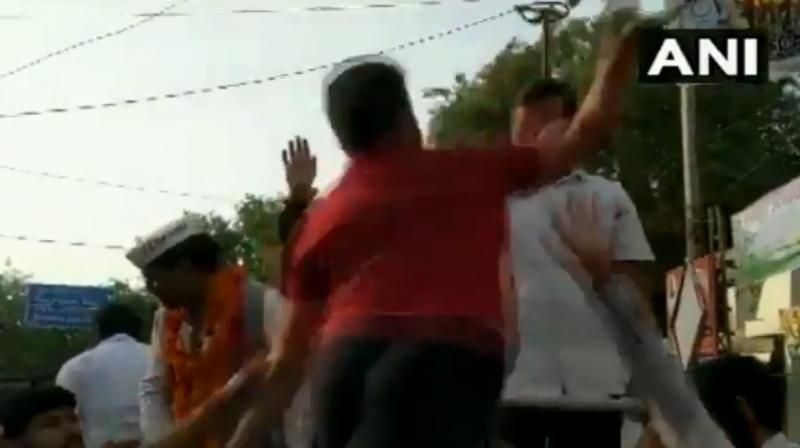 A woman kisses BJP's Sunny Deol during a roadshow:

It was kisses for debutant politician Sunny Deol and not slaps. On May 10, a woman kissed Sunny Deol, BJP's candidate from Gurdaspur Lok Sabha seat, during his roadshow in Batala, Punjab.

The woman climbed on the Deol's vehicle to kiss him on cheeks.