Mumbai: Isha Ambani, the daughter of business magnate Mukesh Ambani and Nita Ambani is all set to tie the knot with Anand Piramal, son of business tycoon Ajay Piramal and Swati Piramal in December this year.

Isha Ambani along with her father Mukesh, mother Nita and would be husband Anand visited ISKCON Temple in Mumbai on Sunday night.

The newly engaged couple have been friends for a long time and the families know each other well.

Anand reportedly proposed to Isha at a temple in Mahabaleshwar. The couple celebrated the occasion with a lunch, joined by their parents Nita, Mukesh, Swati and Ajay. 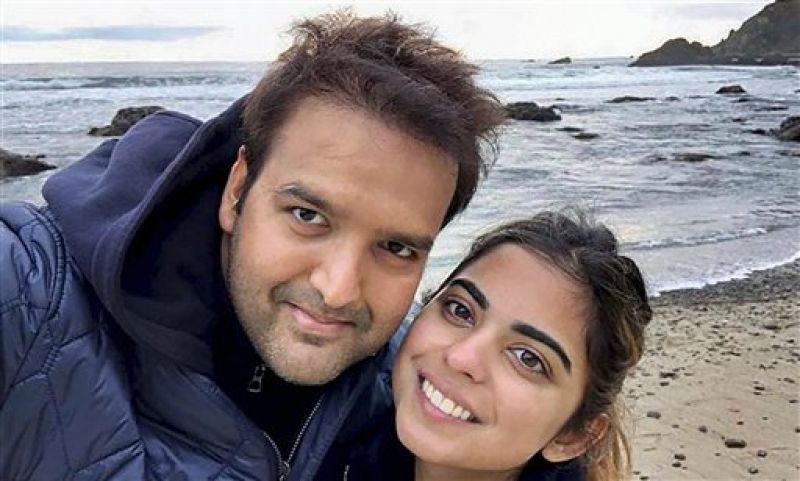 India's richest man Mukesh Ambani is the chairman of Reliance Industries Limited while Ajay Piramal is the chairman of the Piramal Group of companies, whose interests range from pharmaceuticals to financial services and real estate financing.

Earlier this year, Akash Ambani, the eldest son of Mukesh Ambani and Nita Ambani got engaged with Shloka Mehta, the daughter of diamond magnate Russel Mehta.

Also Read: Akash Ambani to get hitched with Shloka Mehta in December: reports

Anand Piramal holds a bachelor's degree in economics from University of Pennsylvania and a master's in business administration (MBA) from Harvard Business School.

Isha Ambani has a degree in psychology and South Asian studies from Yale University and is expected to finish an MBA from the Graduate School of Business, Stanford University by June.

Anand founded Piramal Realty in 2012 and Piramal Swasthya, a rural health initiative. The youngster is also an executive director of the Piramal Group, Ajay Piramal-led global business conglomerate, which has offices in 30 countries.

Isha Ambani on her part is a member in the boards of Reliance Jio and Reliance Retail and is often credited for bringing in a youthful dynamism to the organisation.

So far, over 41 lakh tested for covid19 in India