Day 3 | Dharna is victory for Constitution, democracy, so let us end today: Mamata

The CM has been on the dharna since the night of February 3. (Photo: ANI | Twitter)

The confrontation was triggered by a CBI team’s attempts to question commissioner of police, Kolkata, Rajeev Kumar in connection with the Saradha chit fund scam on Sunday evening – a move that Banerjee said was out of vendetta.

The investigative agency approached the Supreme Court on Monday saying Kolkata Police commissioner Kumar was a potential accused in the Saradha chit fund scam and claimed the local police could be destroying crucial evidence.

"The Court gave a positive judgement today. Next week, we will continue to take up the issue in Delhi." 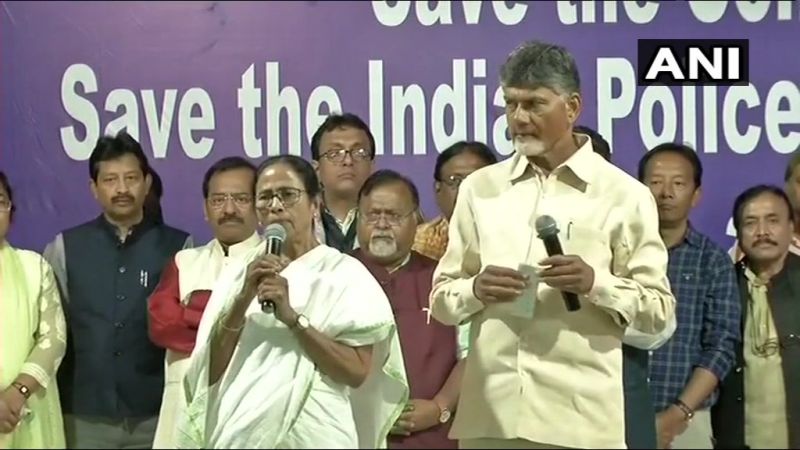 05:20pm: Adhir Ranjan Chowdhury, Congress MP: There is no democracy in Bengal, it’s with the help of ruling govt that people were looted off in the Chit Fund Scam. This Police Commissioner is Mamata’s servant, he will do whatever she says.

04:58pm: Andhra Pradesh CM N Chandrababu Naidu meets West Bengal CM Mamata Banerjee at the stage where she has been sitting on 'Save the Constitution' dharna since February 3 over CBI issue. 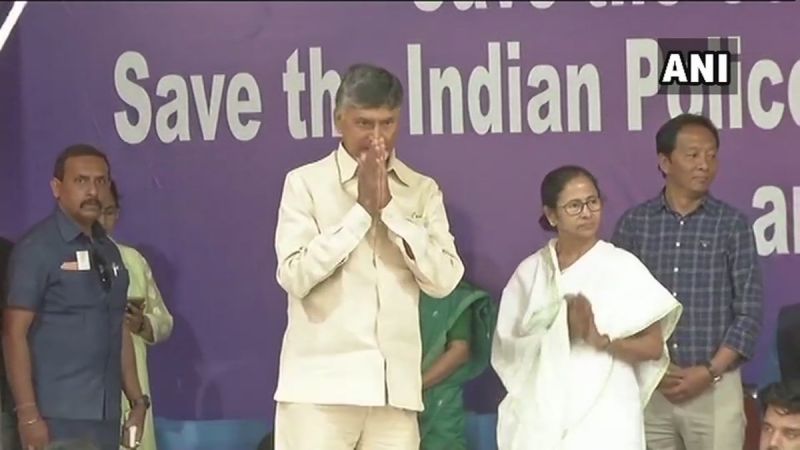 02:20pm: Odisha CM Naveen Patnaik when asked if there has been any communication with WB CM over CBI matter said, "No one from TMC has been in contact with us for at least a year. Our party statement yesterday had to do with events in our state. We would like CBI to do a professional and non political job." 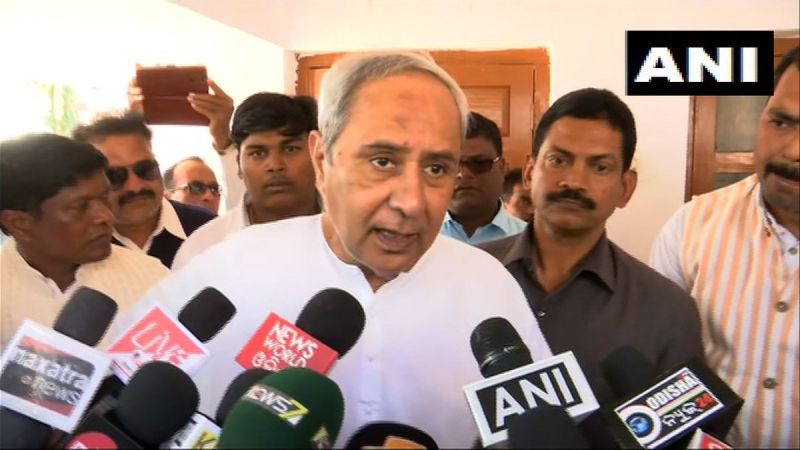 #WATCH WB CM Mamata Banerjee:Ask Yogi to take care of Uttar Pradesh first. So many ppl have been killed,even police were murdered,so many ppl were lynched,he himself will lose if he contests elections.He doesn’t have a place to stand in UP that’s why he's roaming around in Bengal pic.twitter.com/ijtBwTHdvX

11:50 am: Talking on Supreme Court's decision, Union minister RS Prasad said, "Today we've to ask larger questions on behalf of the party. Lakhs of small investors were cheated and looted off their money. Is it not our moral obligation for an investigation? Why is Mamata ji silent on this? Why are the other political parties silent on this?"

"This order was given by Supreme Court to investigate the conspiracy angle and also money laundering angle. This investigation must be done in a fair manner. Let's not politicise it. This is a great moral victory for CBI," he added. 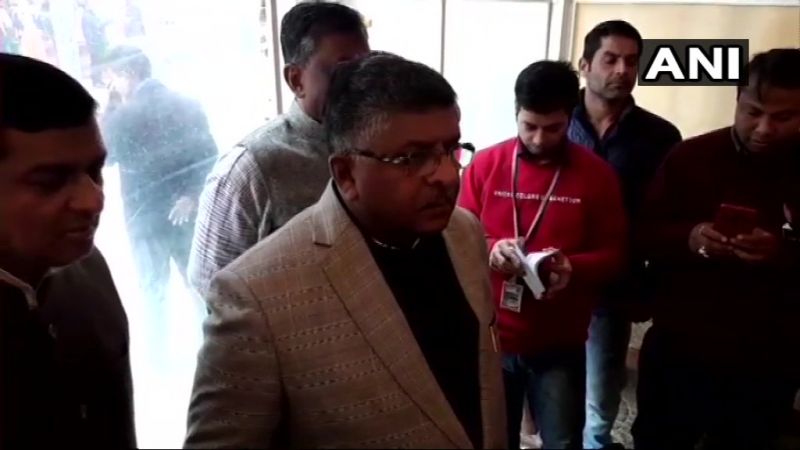 11:45 am: Talking on 'if she will continue dharna', Mamata Banerjee said, "Let me talk to my leaders, I don’t go alone. Today Chandrababu Naidu is also coming, I will consult other leaders also. I will also consult Naveen Patnaik Ji, then I will let you know." 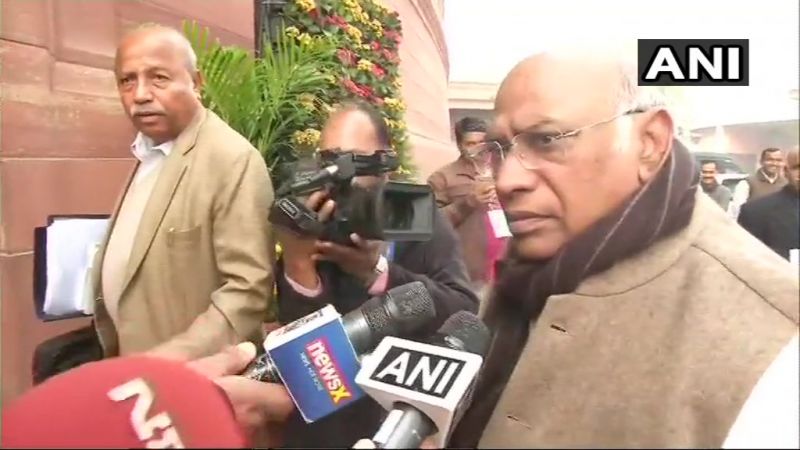 11:30 am: Mamata Banerjee said, "But what they started doing? They wanted to arrest him. They went to his house, on a secret operation, on Sunday, without any notice. That court said ‘no arrest’. We are so obliged. It will strengthen the morale of the officers."

11:25 am: "Rajeev Kumar never said he'll not be available. He said we want to meet at mutual place,if you want to ask for any clarification, you can come and  we can sit ," said Mamata Banerjee.

11:15 am: West Bengal CM Mamata Banerjee on SC order that no coercive steps would be taken against Rajeev Kumar said, "It’s a moral victory. We have great respect for judiciary and all institutions. We are so grateful. We're so obliged." 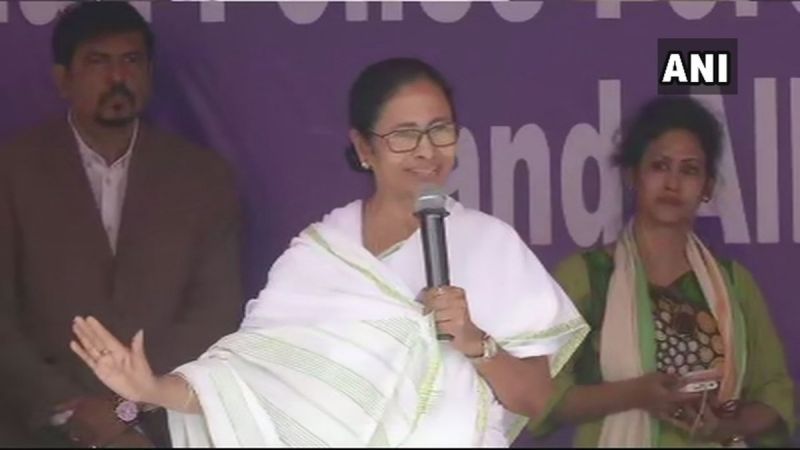 11:00 am: The Supreme Court said that the Kolkata Police Commissioner Rajeev Kuamr can not be arrested but he should be available and fully cooperate with the CBI investigations.

The next date of hearing is February 20.

10:45 am: Calcutta HC adjourns hearing in Kolkata Police chief Rajeev Kumar case till Thursday (February 7) as the Supreme Court is seized of the matter.

10:35 am: CBI files affidavit in the Supreme Court alleging there are several incriminating material/correspondence that was collected during the investigation by the CBI against the senior police officials as well as senior politicians.

09:05 am: Actress and TMC's Indrani Halder meets Chief Minister Mamata Banerjee at 'Save the Constitution' dharna in Kolkata. The CM has been on the dharna since the night of February 3. 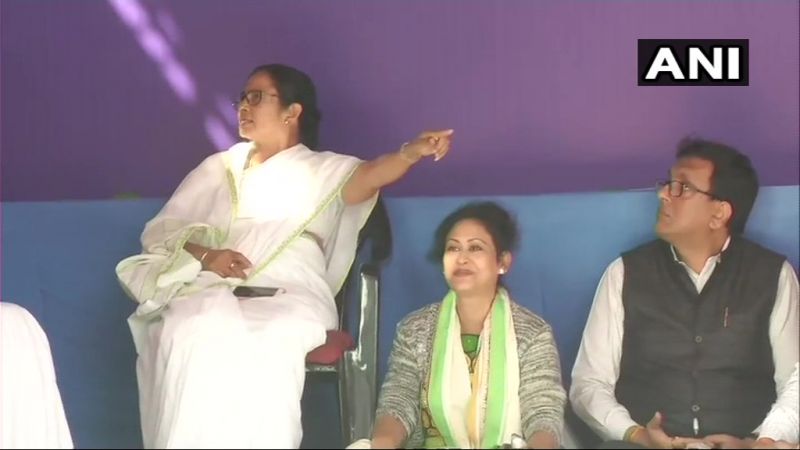 08:30 am: Visuals from the site of West Bengal CM Mamata Banerjee's 'Save the Constitution' dharna near Metro Channel. The stage is currently covered with curtains. The dharna over the CBI issue began on the night of February 3.

Kolkata: Latest #visuals from the site of West Bengal CM Mamata Banerjee's 'Save the Constitution' dharna near Metro Channel. The stage is currently covered with curtains. The dharna over the CBI issue began on the night of February 3. pic.twitter.com/orN4Krt6sB

09:40 pm: West Bengal Congress to hold a protest rally on February 6 demanding immediate conclusion in the investigation of Saradha, Rose Valley and other Chit fund cases and the immediate arrest of the accused in Narada case.

08:40 pm: RJD leader Tejashwi Yadav and DMK leader Kanimozhi meet West Bengal CM Mamata Banerjee at the stage where she has been sitting on 'Save the Constitution' dharna. 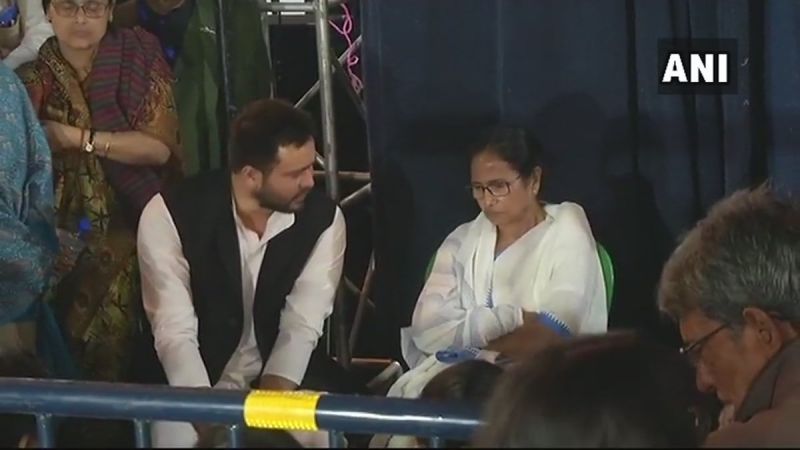 Mamata Banerjee began her sit-in at 8.30 pm on Sunday, calling it a "satyagraha to save the Constitution" and rallying other parties around her agenda.

The dharna site, titled "satyagraha mancha", has been devoid of any political colour.The chief minister has been discharging her official duties, including signing of papers, from the dais.

The West Bengal Chief Minister has described her protest as a non-political one and welcomed all anti-BJP parties into it.

Months before the general elections, this has become another flashpoint in the BJP versus Opposition bust-up with several leaders, from Rahul Gandhi to Chandrababu Naidu, Arvind Kejriwal and Tejashwi Yadav, pledging their support to Mamata Banerjee.