Mumbai: One is a master story-teller who has enthralled us with his simple yet powerful stories that brings a smile every time we think of them; the other is a powerhouse performer who reigns supreme with his acting prowess proven over a trailblazing list of super-hit performances.

Rising Sun Films brings together Shoojit Sircar and Varun Dhawan in their next production titled - 'October.'

The film, a slice of life love story written by Juhi Chaturvedi and directed by Shoojit Sircar will star Varun Dhawan in the lead.

Apparently, Ranbir Kapoor was approached for this film, but he politely turned down this offer owing time constraints.

With a repertoire of films like 'Yahaan,' 'Vicky Donor,' 'Madras Cafe,' 'Piku' and 'Pink' that have explored different genres and have won accolades including National Awards, Rising Sun Films' new venture, 'October,' will be a story about love.

“It is a genre that I have always wanted to delve in. While love and romance have been entwined with Indian cinema, there is abundance in that emotion that everyone can have their own interpretations of. Juhi and I have always tried to create stories from the reflections of real life moments that we see around us. 'October' is another effort to explore those moments out of simple situations of life,” shared Shoojit.

"I have been ardent fan of Shoojit da's work and have always wanted to work with him. 'October' is a beautiful story in which I play a character with many layers. It's a difficult character to play. I just want to surrender to my part and show people a new side of me. Shoojit da, Ronnie and Juhi have always made good cinema and I feel grateful to join their team." enthused Varun. 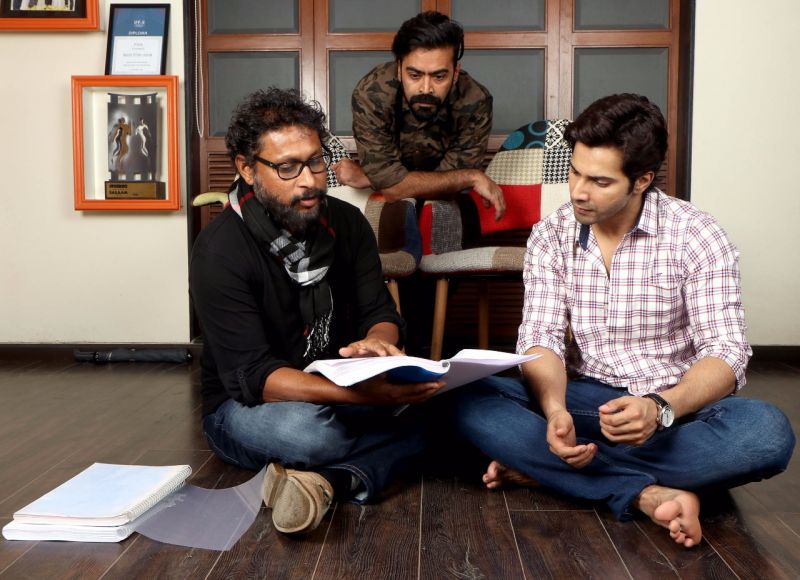 Rising Sun Films have the penchant for conscientiously adhering to the everyday life, adorning it with moments that remain etched in the hearts of their audience. With 'October' the blazing baton moves forward.

A Rising Sun Films' production, the film will go on floors this September.