Will you marry me, Ranbir posts on Twitter, reacts to query on when he’ll get hitched

Ranbir Kapoor and Alia Bhatt are working with each other for the first time in ‘Brahmastra.’

Mumbai: Bollywood celebrities love playing hide-and-seek with the media regarding their relationship status.

However, Ranbir Kapoor has offered the rare example of a celebrity who has accepted that he is indeed dating Alia Bhatt.

So Ranbir recently joined Twitter unofficially for a brief while through the handle of Fox Star Studios, the co-producers of his next ‘Sanju’, on Sunday.

And with so much of spotlight on his relationship with Alia, there were three instances during the interaction with fans that directly or indirectly concerned the actress.

First was when he was asked which songs he’s hooked on currently. One was the obvious, ‘Kar Har Maidaan Fateh’ from his own film, ‘Sanju’, but the other was ‘Dilbaro’ from his ladylove’s recent blockbuster ‘Raazi.’

We were reminded of Alia revealing on Instagram along with a picture that she was listening to ‘Kar Har Maidaan Fateh’ on repeat few days back. 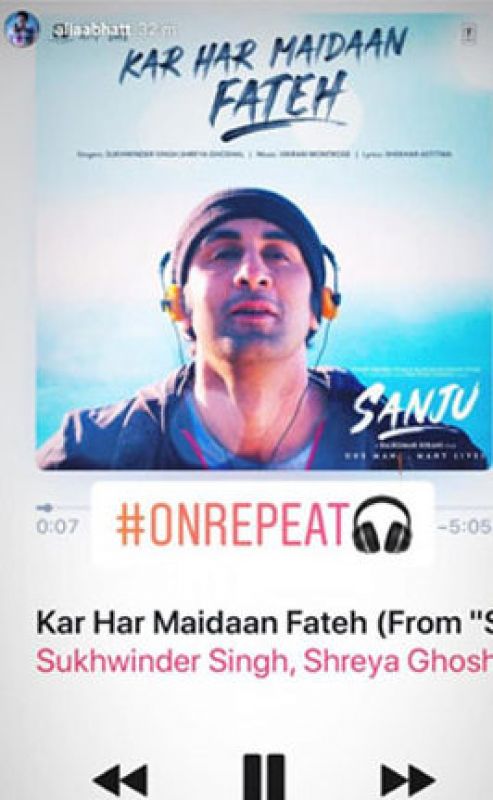 This proves they are not just in love with each other, but also things closely associated with their lover.

And with so much love, the next step is obviously marriage.

And Ranbir also popped the question, “Will you marry me?”

Unfortunately, it was not for Alia, but a fan who is also fond of one of his favourite brands.

But Alia doesn’t need to feel jealous, as Ranbir also revealed that he would marry ‘soon hopefully.’

Remember Alia saying she is not one of those who would plan too much before taking a decision like marriage and that she might get hitched before turning 30?

Ranbir-Alia fans have every reason to be excited.

■Ranbir can’t stop gushing about Alia, has interesting answer to link-up question
■Katrina Kaif hurt by 'friend' Alia's closeness to Ranbir Kapoor, wants to warn her
■Ranbir Kapoor opens up on Alia Bhatt's impact on him since falling in love with her
■When KJo played spoilsport for lovebirds Ranbir, Alia for project before Brahmastra
■Alia Bhatt opens up on marriage, reveals how Aamir Khan gave her happiness