Leaked: Could this be Mouni Roy’s look from Akshay starrer Gold?

Akshay Kumar and Mouni Roy snapped on the set of their upcoming film 'Gold'.

Mumbai: While it’s known to many that famous TV actress Mouni Roy is making her Bollywood debut with Akshay Kumar starrer ‘Gold’, her look in the film however still stays a mystery.

While we pretty much have an idea how Akshay Kumar will look in the film, Mouni’s character was still not revealed. However, a new picture has made it to the internet and going by the speculations, this might just be the TV actress’ look from Reema Kagti’s film. 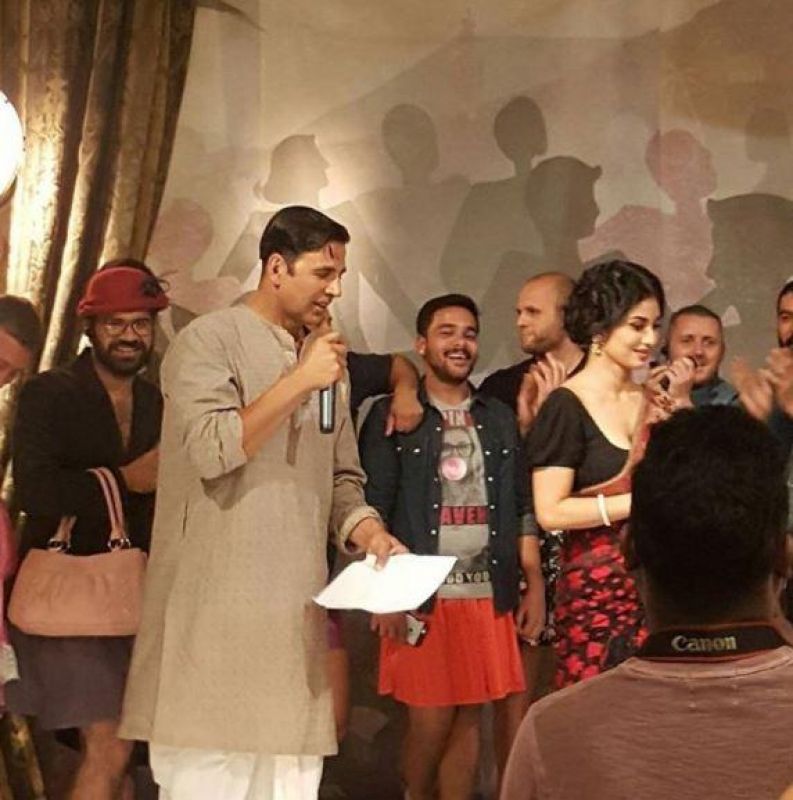 ‘Gold’ is expected to release some time next year and is produced by Farhan Akhtar-Ritesh Sidhwani’s Excel Entertainment.

While ‘Toilet- Ek Prem Katha’ promotional activities are on as the film is set to release on August 11, is still shooting for ‘Padman’ alongside Radhika Apte and Sonam Kapoor.