Boney and Anil Kapoor at the Ashti Visarjan of Sridevi in Haridwar on Thursday. (Photos: PTI/ AFP)

He was accompanied by his brother Anil Kapoor, veteran actor, who had featured with Sridevi in several iconic films like ‘Mr India’, ‘Lamhe’, among others.

The family’s close friends, Rajya Sabha Member of Parliament Amar Singh and fashion designer Manish Malhotra were also spotted along with them during the rituals at the ghat before Boney finally immersed the ashes. 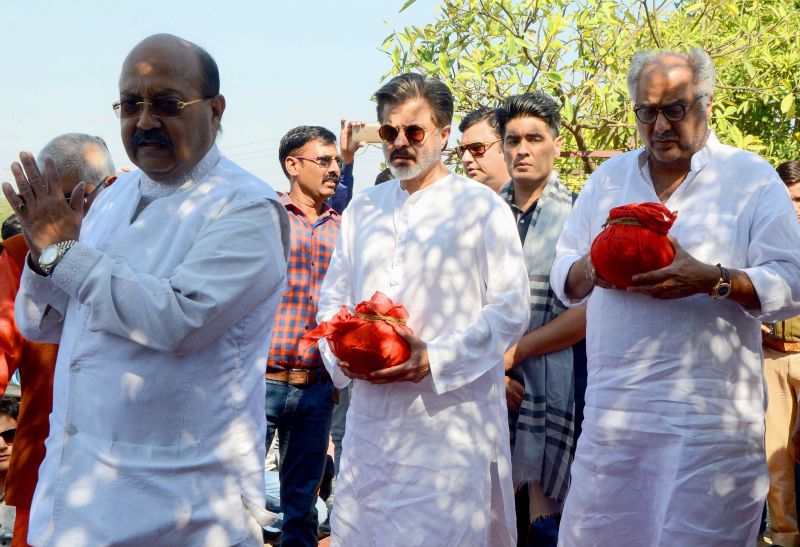 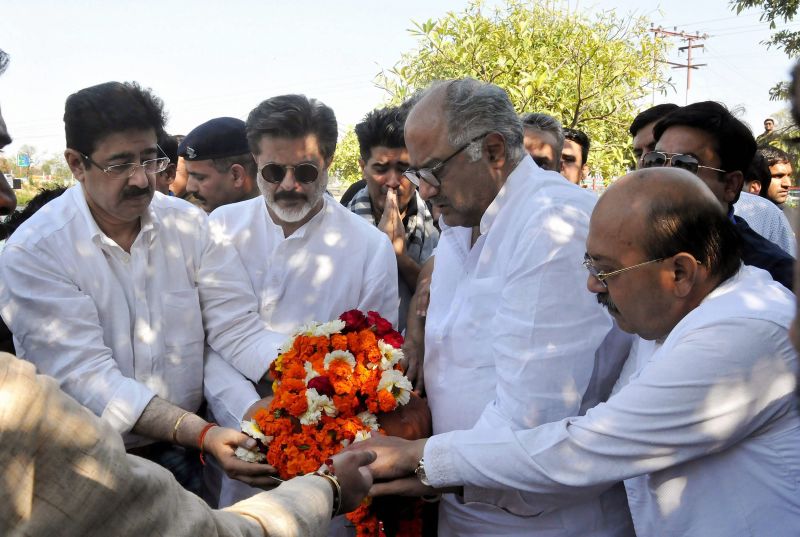 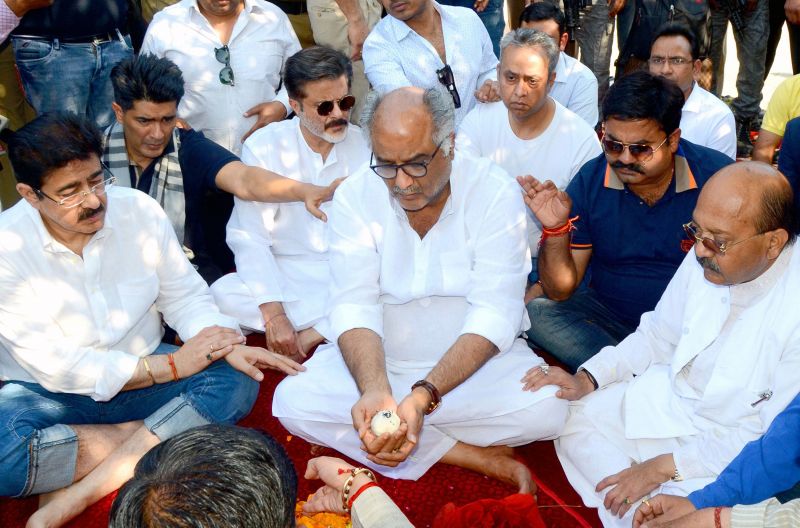 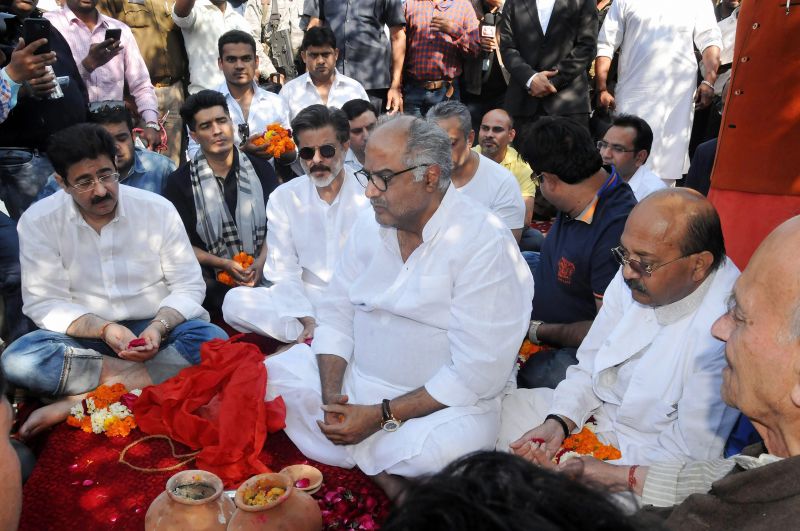 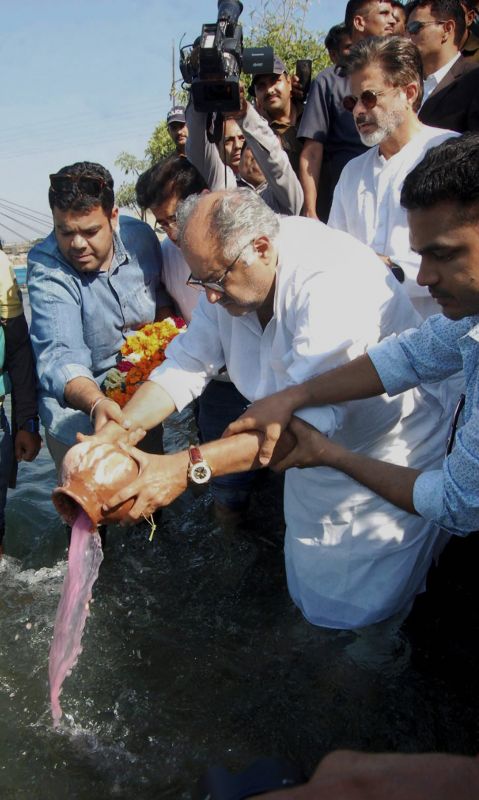 Previously on Sunday, Boney and his daughters Janhvi and Khushi had performed a similar ritual at Rameswaram in Tamil Nadu, the state to which Sridevi belonged.

Sridevi, a veteran actress had acted in over 300 films in multiple languages, with ‘Mr India’, ‘Sadma’, ‘Himmatwala’, ‘Lamhe’, ‘Chandni’, ‘Chaalbaaz’, considered among her iconic films.

She was last seen in ‘Mom’, a suspense thriller starring Akshaye Khanna, Nawazuddin Siddiqui, among others, which had released last year.

Also read: Arjun feels Boney, Janhvi, Khushi need him, to move in with them after Sridevi death?

She worked with all the top actors of most of the previous eras like Amitabh Bachchan, Rajinikanth, Kamal Haasan, Shah Rukh Khan, Salman Khan, Jeetendra, among others.

She won multiple awards during the course of her five-decade long acting career, with the Government honouring her with the Padma Shri in 2013.

She died of accidental drowning in her hotel bathtub in Dubai on February 24. Following several formalities, her mortal remains could only be brought back on February 27.

She was cremated with state honours on February 28.