Kareena roasted for ‘photoshopped’ bikini pics, accused of going under the knife

Mumbai: Kareena Kapoor wasted no time in hitting the gym with a vengeance after the birth of her first child Taimur in December 2016.

Her son rightly stole her thunder whenever she stepped out with him, and amid his popularity, perhaps people didn’t realise how quickly she had shed her post-pregnancy weight.

Be it walking the ramp for her close friend Manish Malhotra or shining at the red carpet of awards show or stills from her so-called comeback film ‘Veere Di Wedding’, the actress had showed that she was back at her fittest best.

The actress went one step ahead and displayed her lean frame in bikinis for a leading magazine’s photoshoot.

While the sultry actress almost reminded fans of her ‘size zero’ phenomenon years back, a lot of Instagram users were far from convinced.

A significant number of users slammed the magazine for 'photoshopping' the pictures, and many accused the actress of 'ruining' her face going under the knife.

Check out some of the comments here: 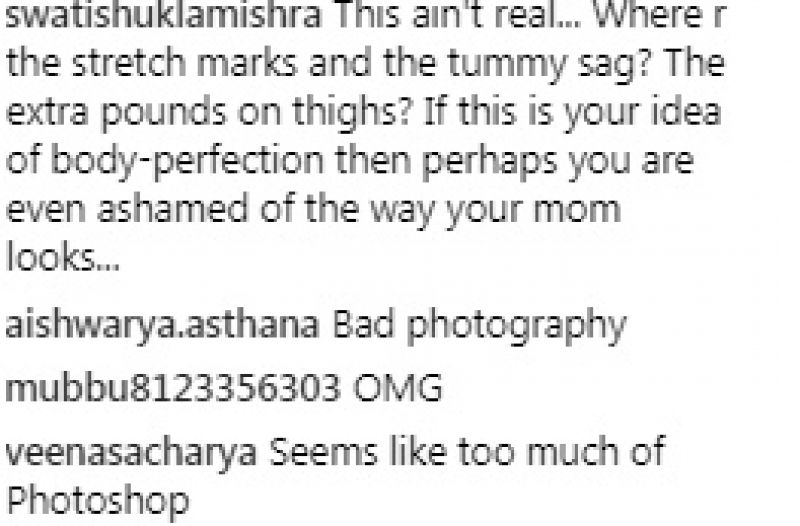 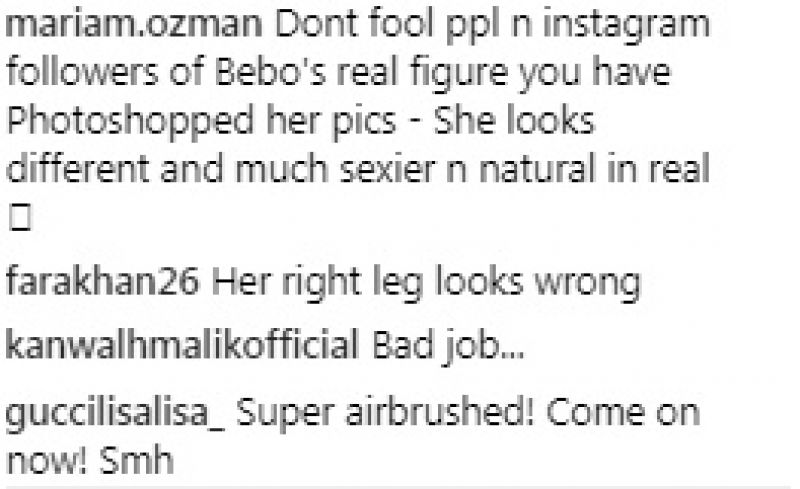 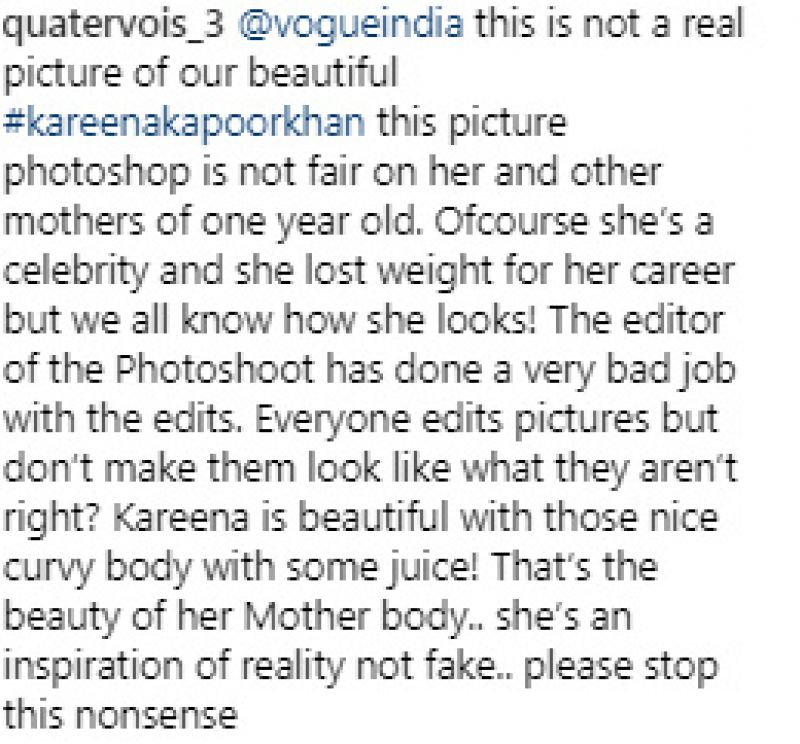 While several actresses have got slut-shamed or intentionally abused or trolled for their bikini pictures, this time it seems even genuine Kareena fans have also given a thumbs down to these photos.

■Parineeti Chopra cuddles a koala in Australia, gets trolled on Instagram
■Taapsee Pannu gives epic replies to trolls slamming her for bikini pictures