Though the ligature marks in the front and sides of the neck were found, the report does not rule out a certain cause of death just yet.

Mumbai: The post-mortem report of TV actress Pratyusha Banerjee, whose body was found hanging at residence in Mumbai on Friday, reveals that she died of 'asphyxia'. Ligature marks were also seen around the neck and reports further reveal that the cause of death was suffocation. The post-mortem also states that it is a ‘clear case of suicide’.

Reports claim that though it was certain that there was no foul play involved, it could not be completely ruled out either.

Pratyusha's body was taken away for cremation after the post-mortem examination was completed. 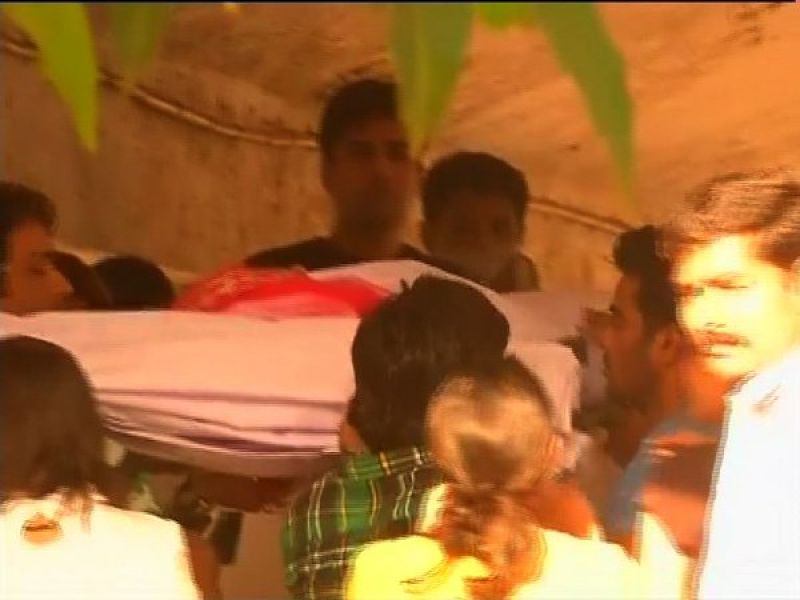 Pratyusha Banerjee's body has been cremated.

The funeral of actress Pratyusha Banerjee took place around 6 pm at the Oshiwara electric crematorium. After the post-mortem got over, the body of the actress was directly brought to the crematorium from the hospital for the last rites. A pooja was performed as the body was being prepared for the cremation. The actress was draped in bridal attire as per her last wish. While the prayers were in progress the deceased actress’s mother sang ‘Aaj jaane ki zidd na karo’ for her departed daughter as her last respects.

A close friend present at the funeral revealed, Pratyusha had requested her mother to come back to the city but for some reason she wasn’t able to join her and so while the last rites were being performed her emotionally devastated mother constantly kept saying sorry to her. The father too kept talking to his beloved daughter. Pratyusha’s parents' moving gestures brought tears to the eyes of all the near and dear ones present at the crematorium. After the last rites the body was finally incinerated at 6:20 pm.

WATCH: Family and friends mourn the untimely death of 'Balika Vadhu' actress #PratyushaBanerjee at her funeral held on Saturday evening.

Pratyusha Banerjee, better known as Anandi for her role in popular TV serial Balika Vadhu, was found dead in her suburban home on Friday at around 5 pm. Her body was found hanging from the fan with a dupatta by Pratyusha’s boyfriend Rahul Raj Singh and their cook.

Rahul informed the police and her uncle in Borivali about the death at around 6.30 pm. She was declared dead at Kokilaben Hospital in Andheri (west) late on Friday evening. Pratyusha's parents landed in Mumbai on Saturday morning and were taken to Siddharth hosiptal, where her body was kept.

According to reports, Pratyusha took this drastic step due to mounting financial pressures over the last year. While some friends claim that she suffered a bout of depression after she recently separated from her boyfriend of two years, others claim that the two had secretly tied the knot after their parents disapproved of their livein relationship.

■Police questions Pratyusha’s boyfriend, says too early to ascertain cause of death
■Ajaz Khan asked to leave from Pratyusha Banerjee’s funeral after his rift with Kamya