n the pictures surfaced, it can be clearly seen that the results were not provided through the official form - Form No 45. (Photo: ANI)

Islamabad: Though the Election Commission of Pakistan (ECP) continuously refuted the allegations of elections being rigged, the pictures of results being provided on plain papers have recently emerged, proving otherwise.

In the pictures surfaced, it can be clearly seen that the results were not provided through the official form - Form No 45. 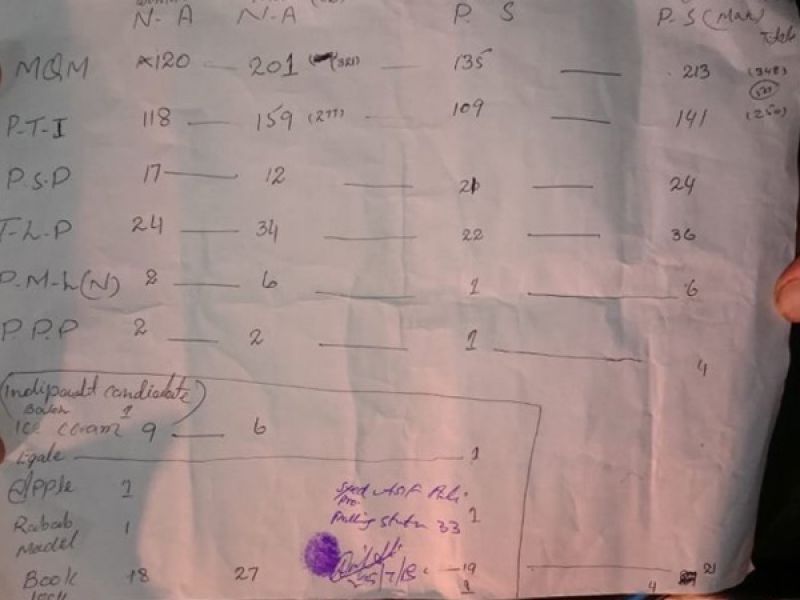 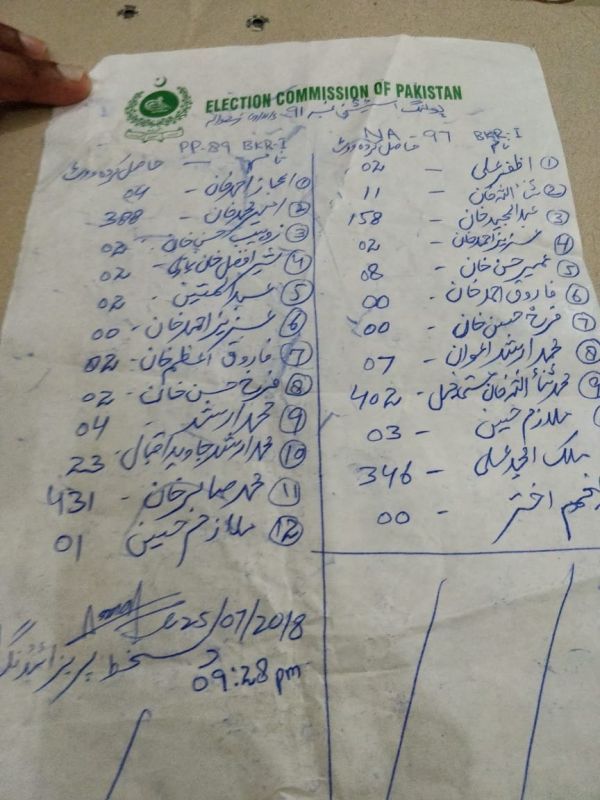 No calculator, computerisation, cameras, scientific tabulation or official papers are being used to note or count the number of votes. 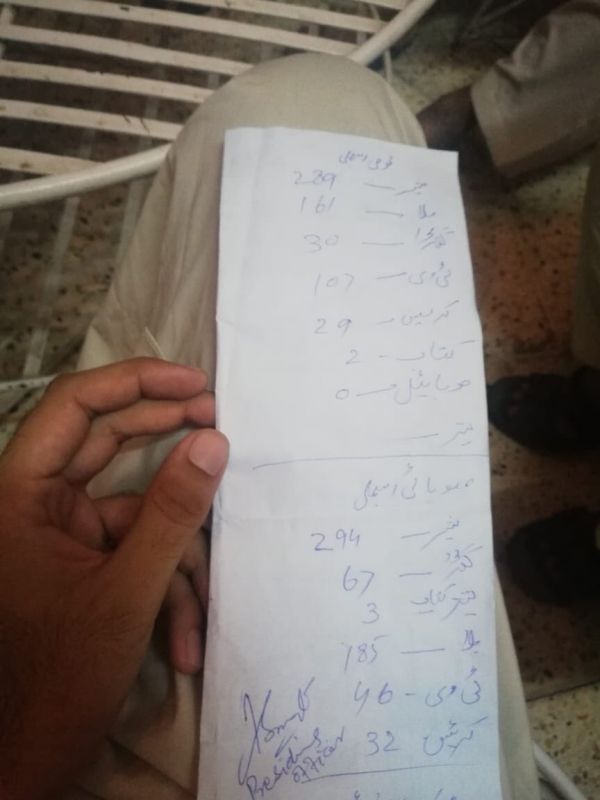 As counting of votes is underway in Pakistan, most of the political parties except the Pakistan Tehreek-e-Insaf (PTI) had alleged that there was widespread rigging in the recently-concluded general elections.

As per the rules, the ECP officials are bound to provide results on Form 45, but the results were handed out on plain paper instead.

In another instance of alleged rigging, blank Form 45 was signed by the Presiding Officers, prompting doubts that results may be changed before the final announcement.

On a related note, the voters and staff members of the ECP, among other officials, have complained of inadequate arrangements at various polling stations in Lahore.

The 2018 general election took place in Pakistan on Wednesday while the results of the same are currently awaited.

On Wednesday, in a press conference, ECP Secretary Babar Yaqoob had urged party candidates to approach the commission in case of non-provision of Form 45, a sheet containing the final vote tally at each polling station, reported The Dawn.

Political parties including MQM-P, PSP, PPPP and the PML-N had earlier alleged that polling agents were being chased out of polling booths.

Voting began at 8 am (local time) on Wednesday, during which most of Pakistan's 106 million people came out to cast their votes.

Polling took place in the country's 85,307 polling stations, out of which 17,007 were declared as "highly sensitive."

India continues to be supportive of Sri Lanka in 'all possible ways': High Commission