While some criticised the couple for the stunts, others just praised them stating that their act was courageous. (Photo: YouTube Video Grab)

Beijing, China: In a heart-stopping video uploaded on YouTube, a couple was seen atop a building in China in which the woman holds onto the man as she balances herself on the edge of the skyscraper.

The exact place where the incident took place is unknown. In the video, the couple can be seen performing various nail-biting stunts. In one instance, the woman clutches on to the arm of the man and hangs one leg off the edge of the building.

The woman even jumps and runs on the gangway of the building. She later proceeds to perform somersaults as the man watches the act.

After the woman is done with her stunts, the man takes the lead. He lifts up the woman, makes her sit on his shoulder and spins quickly without losing his balance.

The video was posted on Facebook originally and has been viewed more than 450,000 times, drawing a lot of public attention as well as comments. 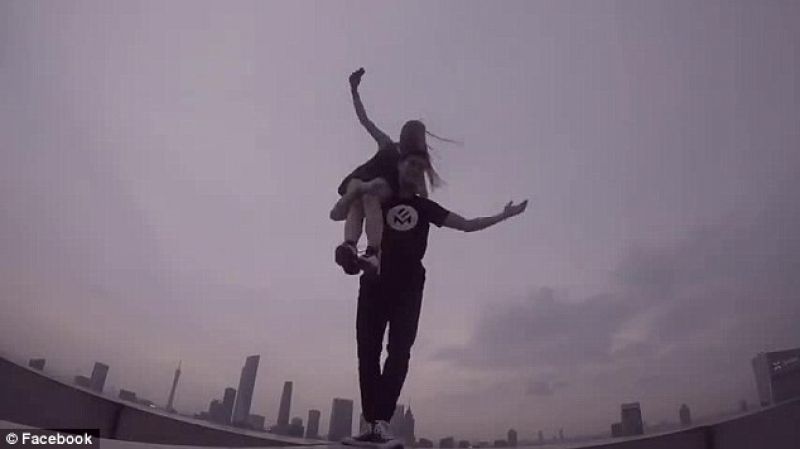 Another Facebook user Rohit Sharma wrote, “I don't care about the naturally selected morons like these, but worry for people who they fall on.” 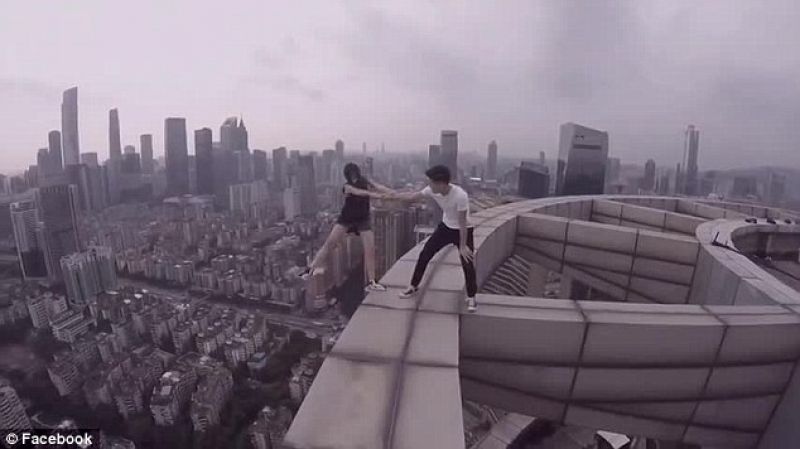 While some criticised the couple for the stunts, others just praised them stating that their act was courageous.

One such user, Ah Tao said, “This is an art, we need to understand the world nowadays. If she fall and die we call them stupid, if they survive the accident we call them passion.”