Kathmandu: The death of 14 Nepali guards in Afghanistan in a suicide attack on Monday has highlighted the Himalayan nation’s role as supplier of security forces to the world, an industry fuelled by poverty and built on the centuries-old reputation of its Gurkha troops for courage and loyalty.

While the number of Gurkha soldiers Britain recruits annually in the impoverished nation has fallen in recent years, global demand for Nepalis as private security guards remains high.

“Everyone wants a Gurkha to protect their assets -- from a billionaire in Hong Kong to private firms in Kabul,” said Mahesh Shrestha, Nepal country manager for British security giant G4S.

“Gurkhas have always been a big craze as far as the market for security (personnel) is concerned,” Shrestha said.

The industry provides lucrative jobs for retired Gurkhas as well as former Nepal army and police staff willing to risk their lives in conflict zones around the world.

Nepalis were first recruited overseas by the British East India Company after the Anglo-Nepali war that ended in 1816.

Impressed by their bravery, the British struck a deal to hire their former foes as soldiers, using Gurkha troops to crush riots in 19th-century India and fight for Britain in World Wars I and II. 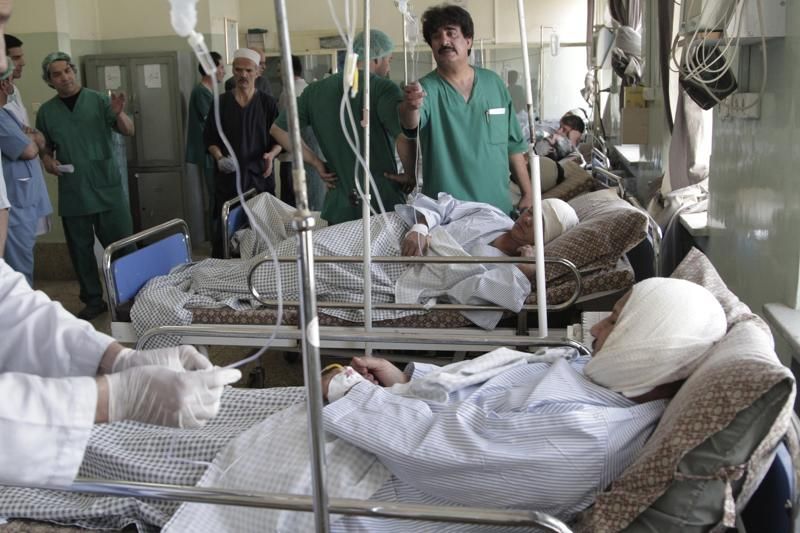 The Gurkhas’ World War I exploits also secured the Himalayan kingdom’s sovereignty via a 1923 treaty between Nepal and Britain.

Famed for their ferocity and skilful use of razor-sharp curved kukri knives, the Gurkhas have fought in every British conflict for the last two centuries.

They have also enlisted in the Singapore police force and the Indian army, whose former chief of staff Sam Manekshaw is reported to have said: “If a man says he is not afraid of dying, he is either lying or is a Gurkha”.

Today, private security firms seek to trade on that reputation when they advertise their recruitment of Nepalis -- including non-Gurkhas -- to prospective clients.

As a result, Nepalis enjoy a virtual monopoly in the private security sector in countries like Malaysia, where companies are only allowed to hire them or locals as guards.

“Thanks to the Gurkhas’ fame... people think Nepalis are loyal, honest, hardworking men who can survive anywhere and cope with tough conditions,” G4S’s Shrestha said.

The hillside towns the Gurkhas come from are islands of relative prosperity in Nepal thanks to salaries and pensions which are substantially higher than local wages.

Thousands of young men apply to join the British Gurkhas each year, but only around 230 make the final cut. Their tests include a 4.6-kilometre (2.9-mile) race up a steep hill while carrying a basket packed with rocks.

The British army now employs around 2,500 Gurkhas, down from an all-time high of 112,000 during World War II, and many have taken jobs as security guards in conflict zones like Afghanistan, where 14 Nepalis working for the Canadian embassy were killed in a bomb attack this week.

They are more expensive than Afghan security, but are seen as more reliable and their physical similarity allows them to blend in better than other foreigners.

“Young Nepali males don’t really have many options at home and so they seek dangerous jobs overseas... because of their desperation,” journalist Kunda Dixit told AFP.

Nepali migrant workers play a critical role in propping up the country’s economy: their remittances make up about 30 percent of gross domestic product.

Authorities say some 3,300 Nepalis currently work in Afghanistan as security guards but accurate figures for the total number employed across the world are hard to come by.

Despite the dangers, commentators say the deaths this week will do little to stop other Nepalis from venturing into war zones in desperate pursuit of work, as the country struggles to recover from last year’s massive earthquake.

“It won’t change anything... the economic benefits are too important to give up,” said journalist Dixit.