Beijing: Days after Indian Space Research Organisation (ISRO) successfully launched 104 satellites on a single rocket, Chinese state media lauded India for its achievement saying that Beijing could learn a 'number of lessons' from its neighbouring country.

"Well done India, but we are ahead in the space race," read a part of the opinion piece published by the state-run tabloid, reported Hindustan Times.

The newspaper report further stated that "India’s successful launch of a record-breaking 104 satellites into orbit could serve as a wake-up call for China’s commercial space industry and there are a number of lessons for the country to learn." 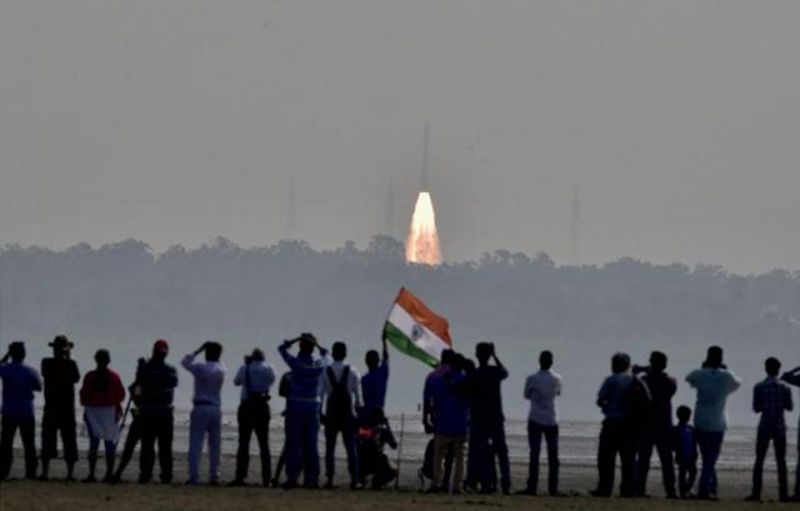 People watch as a rocket from ISRO takes off successfully to launch a record 104 satellites. (Photo: PTI)

Of the 104 satellites, 101 satellites were from international clients. Of the 101 international co-passenger nano-satellites, 96 are from the US, and one each from Israel, Kazakhstan, the Netherlands, Switzerland and the United Arab Emirates.

The countdown for the launch of PSLV-C37/Cartosat2 Series satellite mission began at 5:28 AM soon after the Mission Readiness Review committee and Launch Authorisation Board gave its approval for lift off, Indian Space Research Organisation (ISRO) said.

This mission was ISRO's second successful attempt after launching 23 satellites in one go in June 2015.

After the launch, ISRO confirmed that all the 104 satellites were sucessfully seperated from the launch vehicle and are being placed into their respective orbits.

Taliban rally outside Kabul as they consolidate rule