In 2017 climbers in Nepal brought down nearly 25 tonnes of trash, 15 tonnes of human waste-- equivalent of 3 double-decker buses. (Photo: AFP)

Kathmandu: Decades of commercial mountaineering have turned Mount Everest into the world's highest rubbish dump as an increasing number of big-spending climbers pay little attention to the ugly footprint they leave behind.

"It is disgusting, an eyesore," Pemba Dorje Sherpa, who has summited Everest 18 times, told AFP. "The mountain is carrying tonnes of waste."

As the number of climbers on the mountain has soared -- at least 600 people have scaled the world's highest peak so far this year alone -- the problem has worsened.

Meanwhile, melting glaciers caused by global warming are exposing trash that has accumulated on the mountain since Edmund Hillary and Tenzing Norgay made the first successful summit 65 years ago. 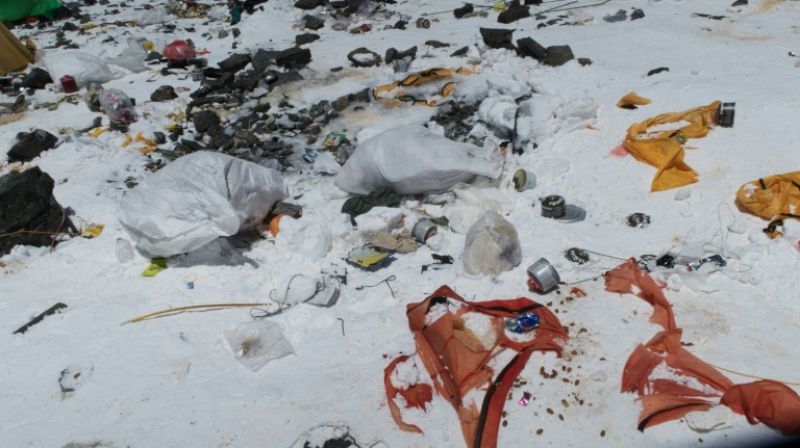 Efforts have been made. Five years ago Nepal implemented a $4,000 rubbish deposit per team that would be refunded if each climber brought down at least eight kilogrammes (18 pounds) of waste.

On the Tibet side of the Himalayan mountain, they are required to bring down the same amount and are fined $100 per kilogramme if they don't.

In 2017 climbers in Nepal brought down nearly 25 tonnes of trash and 15 tonnes of human waste -- the equivalent of three double-decker buses -- according to the Sagarmatha Pollution Control Committee (SPCC).

This season, even more was carried down but this is just a fraction of the rubbish dumped each year, with only half of the climbers lugging down the required amounts, the SPCC says.

Instead, many climbers opt to forfeit the deposit, a drop in the ocean compared to the $20,000-$100,000 they will have forked out for the experience.

Pemba shrugs that many just don't care. Compounding the problem, some officials accept small bribes to turn a blind eye, he said.

"There is just not enough monitoring at the high camps to ensure the mountain stays clean," he said.

The Everest industry has boomed in the last two decades.

This has sparked concerns of overcrowding as well as fears that ever more inexperienced mountaineers are being drawn by low-cost expedition operators desperate for customers. 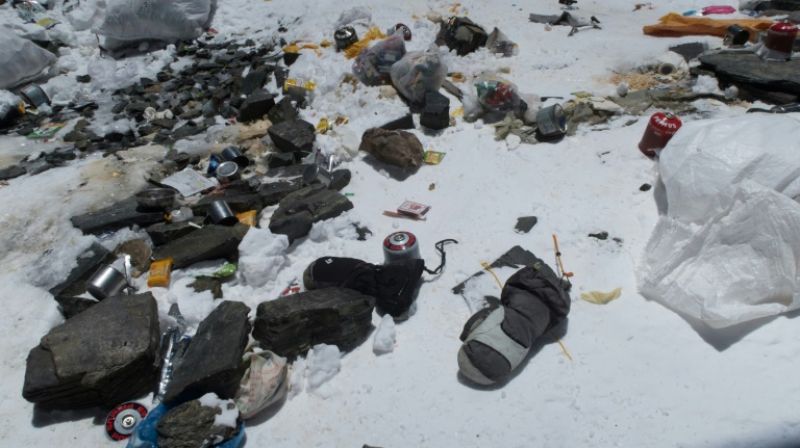 This inexperience is exacerbating the rubbish problem, warns Damian Benegas, who has been climbing Everest for over two decades with twin brother Willie.

Sherpas, high altitude guides and workers drawn from the indigenous local ethnic group, carry heavier items including tents, extra oxygen cylinders and ropes up the mountain -- and then down again.

Previously most climbers would take their own personal kit like extra clothes, food, a sleeping bag as well as supplemental oxygen.

But now, many climbers can't manage, leaving the Sherpas to carry everything.

"They have to carry the client's gear so they are unable to carry down rubbish," Benegas said.

He added that operators need to employ more high-altitude workers to ensure all clients, their kit and rubbish get safely up and down the mountain.

Environmentalists are concerned that the pollution on Everest is also affecting water sources down in the valley.

At the moment the raw sewage from base camp is carried to the next village -- a one-hour walk -- and dumped into trenches. 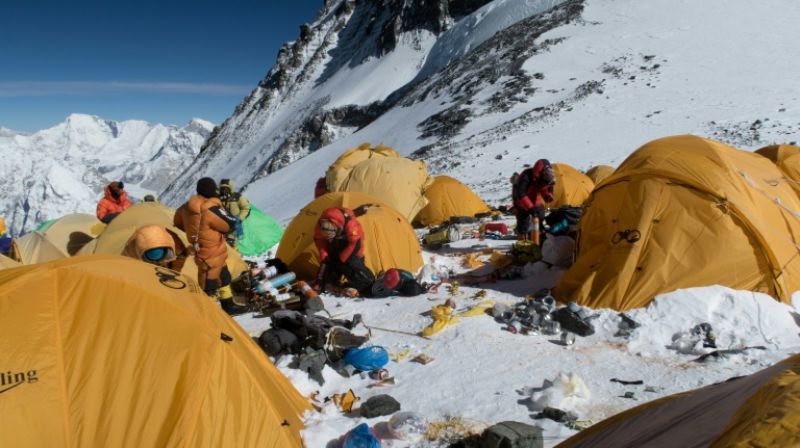 This then "gets flushed downhill during the monsoon into the river", said Garry Porter, a US engineer who together with his team might have the answer.

They are considering installing a biogas plant near Everest base camp that would turn climber poo into a useful fertiliser.

Another solution, believes Ang Tsering Sherpa, former president of the Nepal Mountaineering Association, would be a dedicated rubbish collection team.

His expedition operator Asian Trekking, which has been running "Eco Everest Expeditions" for the last decade, has brought down over 18 tonnes of trash during that time in addition to the eight-kilo climber quota.

"It is not an easy job. The government needs to motivate groups to clean up and enforce rules more strictly," Ang said.