'Our army can reach Delhi in 48 hours', says Chinese media; gets trolled on Twitter

Chinese media claimed that its military can reach New Delhi in merely 48 hours in case a war broke out between the two countries. (Photo: AP)

Beijing: Although India and China have maintained peace and avoided war-like circumstances, relations between the two neighbours have been strained recently after China blocked New Delhi's bid to ban Jaish-e-Mohammad (JeM) chief Masood Azhar along with India's entry into the elite 48-member Nuclear Suppliers Group (NSG).

Chinese media recently claimed that its military could reach New Delhi in merely 48 hours in case a war broke out between the two countries.

However, Twitterati couldn't take it and began trolling China in their own way. Here's a compilation of the funniest tweets: 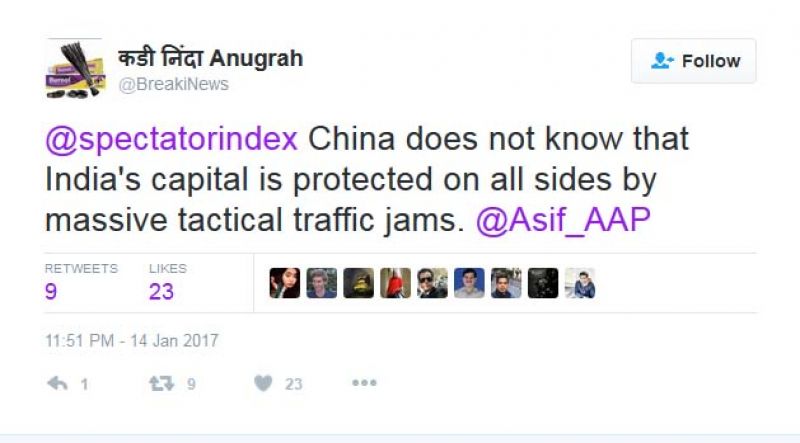 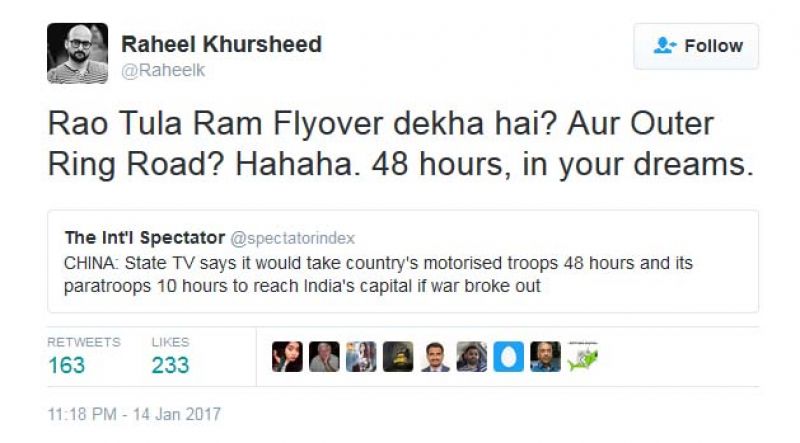 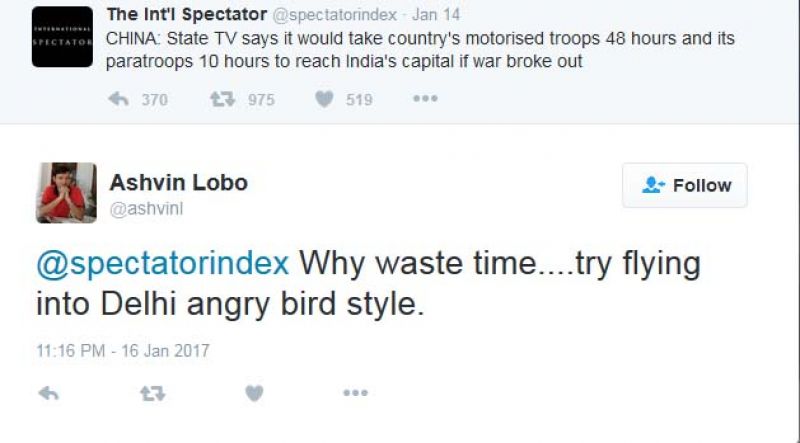 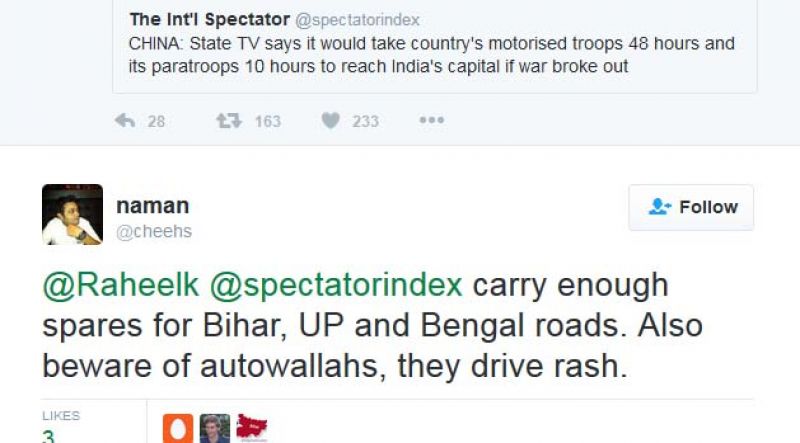 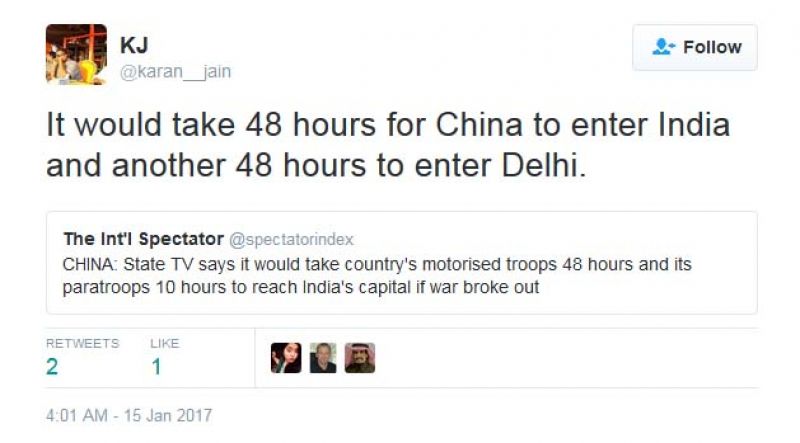 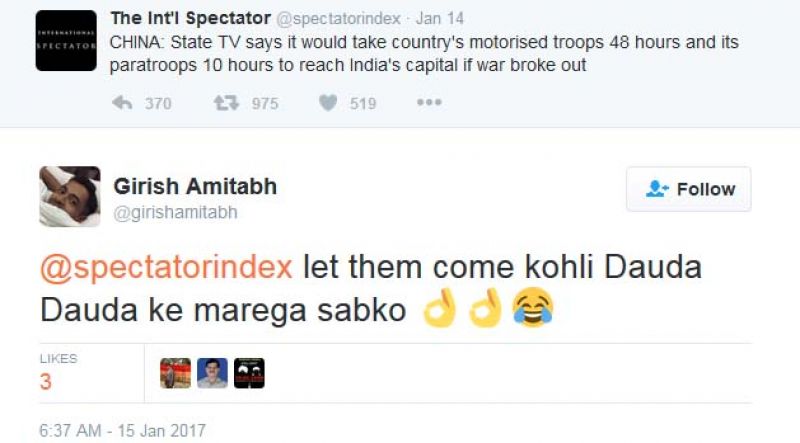