Why girls in Pakistan are scared of their mothers?

Two young girls stand inches away from charred bricks and ash, staring at the detritus of a "kind and gentle" teenager who taught them the Quran. (Photo: AFP)

Lahore: Two young girls stand inches away from charred bricks and ash, staring at the detritus of a "kind and gentle" teenager who taught them the Quran but was savagely burned by her mother for marrying the man of her choice.

Maham and Muskan were pictured on Wednesday with their eyes riveted to the spot where, just hours before, 16-year-old Zeenat Bibi was doused in kerosene and set alight.

That night, Maham's mother told Agence France-Presse, she had to reassure her tearful and confused daughter that she loved her.

"She cried a lot and wept a lot, she did not eat anything," Rani Bibi, who shared the common last name with Zeenat's family, said on Thursday.

"She slept with me. Before sleeping she asked many questions: 'Why was my teacher killed? Why did her mum kill her?' 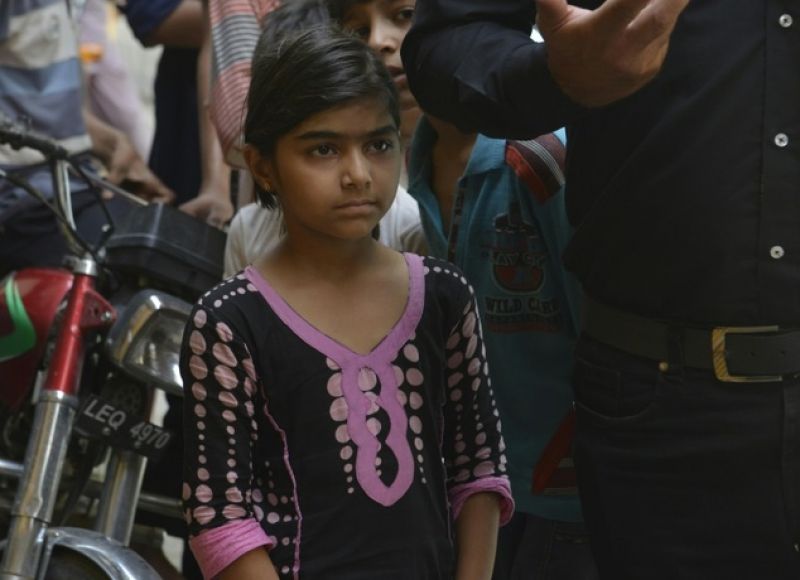 Maham, pictured in pink and black and frowning as she looked at the burn marks, said she had seen her teacher's feet beneath the shroud covering her body.

"When I saw that I started weeping because my teacher was dead," the 10-year-old said. "I was so afraid."

Muskan, also 10, lived opposite Zeenat in Pakistan's teeming cultural capital of Lahore, and had been taught the Quran by her too, the child's grandmother Nasreen Bibi told Agence France-Presse.

"Her face was very pale when she returned from the house," she said of her granddaughter. "She was looking very afraid."

Zeenat, both the women added, was "so kind and gentle". 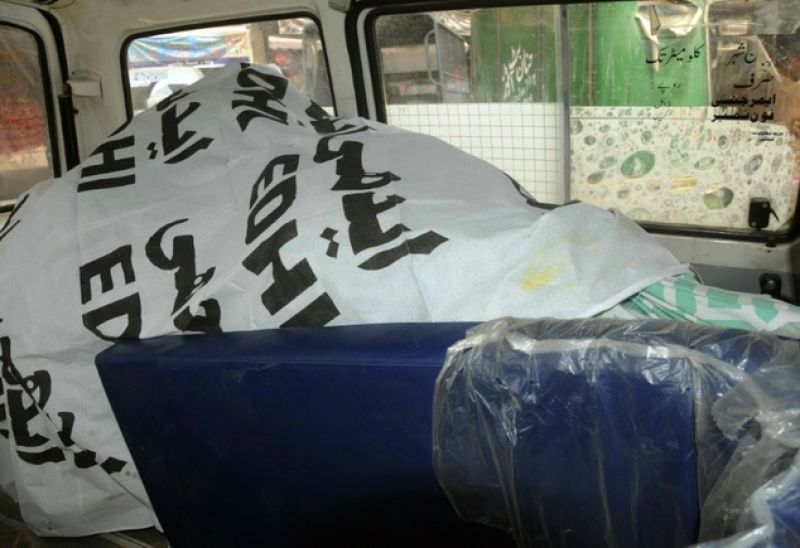 An ambulance transports the body of a Pakistani teenager burnt alive by her mother from her home in Lahore. (Photo: AFP)

Police have said the teenager was killed on Wednesday by her mother after marrying Hasan Khan, her long-term boyfriend.

Burns covered 90 per cent of her body. A post-mortem to determine whether she was still alive when she was set on fire was being conducted.

None of her relatives sought to claim her body, police said on Thursday, leaving her new husband's family to bury her charred remains before dawn in a graveyard near the city.

The vicious murder has sparked fresh calls for action against so-called "honour killings" in Pakistan.

Hundreds of women are killed by their relatives each year after allegedly bringing shame on their families in the deeply conservative Muslim country.

"I never (saw) such a mother in my whole life," Zeenat's mother-in-law Shahida Bibi said.

"Zeenat was so cute, so simple, so innocent and so kind... I loved her very much."

Her own child is demented with grief, she said. "Our boy has gone mad."

"The family, which is supposed to be the basic unit of society, turning against their own child shows that there is something flawed in law and society," rights activist Hina Gilani told Agence France-Presse.

The hashtag #NoMoreKillingGirls was being used by Pakistanis on Twitter on Thursday and was officially trending in Karachi, the sprawling port megacity of 20 million.

"They are killing minds and souls," wrote one user in Karachi.

Tweeting the image of Maham and Muskan staring at the ash, @Veengasj added: "What r girls thinking & getting msg? Girls hv no value?"

Fear and depression has taken over the neighbourhood a day after the murder, residents said.

"Parents should protect their children," said Muhammad Asghar, a neighbour who has two daughters and one son.

His daughters, Amina and Fatima, were also students of Zeenat, he said.

They were visiting their grandparents when the teenager was killed, and learned of her death on television. "They phoned me... they were weeping, wanted to come home."

It is the first time such an attack has taken place in that neighbourhood, he said, but it frightened him so much he is now considering moving.

"We will start preaching to parents in this street to take care of their kids," said another neighbour, 60-year-old Firdaus Bibi.

The message will fall into a void at Zeenat's home, where the doors on Thursday were locked closed.

"They have left," Ashgar said.

"Why they have gone, when everybody is coming to share their grief?"

No talks possible with India until restoration of autonomous status of J-K: Pak PM