Peshawar: A group of militants attacked a Christian colony near Pakistan's northwestern city of Peshawar early Friday, triggering a shootout in which four attackers were killed and one Christian died, police and the military said.

Three security officials and two civilian guards were wounded in the attack.
Army spokesman Lt. Gen. Asim Saleem Bajwa said in a statement that the attack was quickly repulsed and that security forces were searching for any accomplices of the attackers.

The security forces have gunned down all the four attackers, General Director of the Inter-Services Public Relations Bajwa said in a tweet. 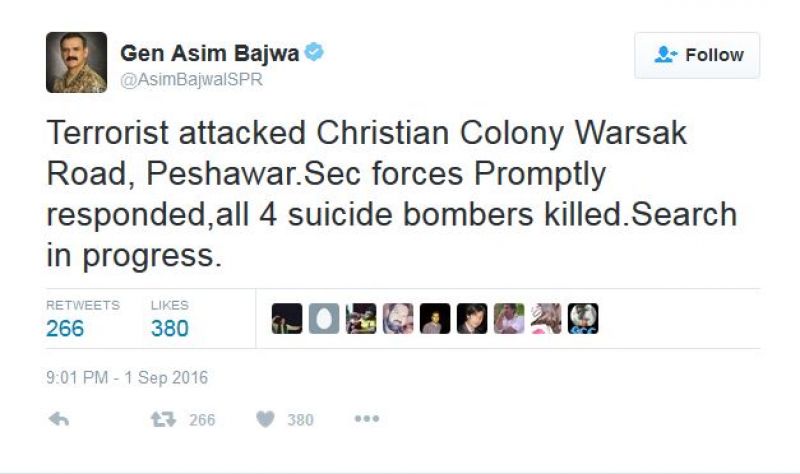 According to a report in Dawn, the gunmen, wearing suicide jackets, attacked the colony around 6 am and eyewitnesses claimed to have heard sounds of explosions in the area, which has been cordoned off.

Local police official Shaukat Khan said four suicide bombers entered the Christian colony and one of them went into a church but no one was there at the time.

He said they killed one Christian in the colony, adding that a quick response from the local civilian guards and security forces prevented more deaths.

No one claimed responsibility but the attack came a day after the military said it foiled a bid by the Islamic State group to expand its network into this predominantly Muslim country, with the military arresting 309 suspects, including IS members from Syria, Iraq and Afghanistan.

Why is the military taking control in Myanmar?

Thousands rally in Myanmar's Yangon despite military build up