Experts rush to ancient Palmyra after Syrian army ousts IS

Syrian pro-government forces walk on a street in the ancient city of Palmyra on March 27, 2016, after troops recaptured the city from the Islamic State (IS) group. (Photo: AFP)

Palmyra: Archaeologists were rushing to the ancient city of Palmyra on Monday to assess the damage wreaked by the Islamic State group, after it was ousted by the Syrian army in a bloody battle.

President Bashar al-Assad hailed the victory as “important” as Damascus reportedly dispatched experts to check the damage wreaked by the jihadists on the UNESCO world heritage site. 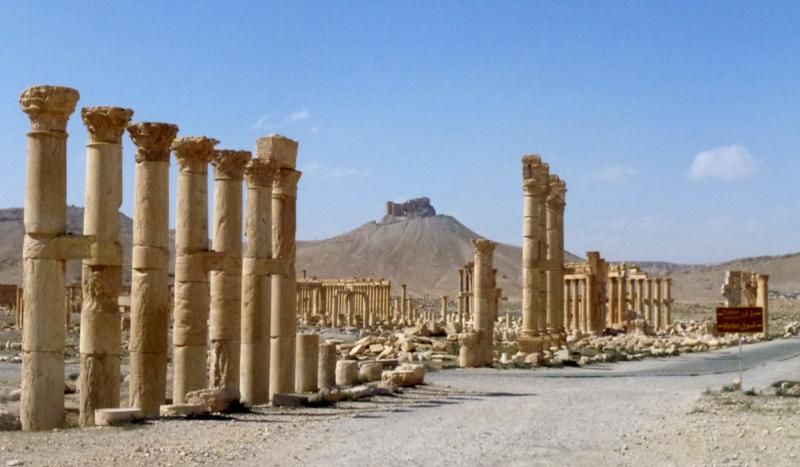 A general view taken on March 27, 2016 shows part of the ancient city of Palmyra, after government troops recaptured the UNESCO world heritage site from the Islamic State (IS) group. (Photo: AFP)

An AFP correspondent inside Palmyra said some monuments, including the iconic Temple of Bel, lay in pieces almost a year after jihadists seized the site, but much of the ancient city was intact.

Residential neighbourhoods in the adjacent modern town, where 70,000 people lived before the war, were deserted and damage there was widespread, the correspondent said.

Syrian soldiers, pro-government militiamen and Russian fighters strolled among the ruins in awe after seizing the city on Sunday, while regime troops kicked around a football in the middle of a street.

The Islamic State group sparked a global outcry when they started destroying Palmyra’s treasured monuments, which they consider idolatrous, after taking the city in May 2015. 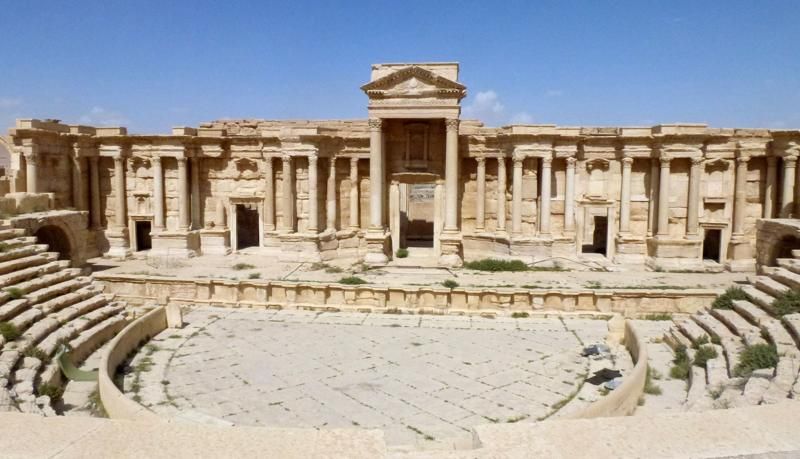 A general view taken on March 27, 2016 shows the theatre in the ancient Syrian city of Palmyra, after government troops recaptured the UNESCO world heritage site from Islamic State (IS) group jihadists on March 27, 2016. (Photo: AFP)

Syria’s antiquities chief said the priceless artefacts had survived better than feared from a campaign of destruction UNESCO described as a “war crime”.

“We were expecting the worst. But the landscape, in general, is in good shape,” Maamoun Abdulkarim said from Damascus.

“We could have completely lost Palmyra... The joy I feel is indescribable.”

Historian of the ancient world Maurice Sartre said that Abdulkarim was already on his way from Damascus to begin a survey of the ruins.

'What was the point?' Afghans rue decades of war as U.S. quits Bagram

UAE suspends issuance of visiting visas to Pakistan, 11 other countries