Thousands of Sunnis and Shiites from across the country take part in a mass funeral procession for 27 people killed in a suicide bombing, by a sympathizer of the Islamic State group, that targeted the Shiite Imam Sadiq Mosque a day earlier, at the Grand Mosque in Kuwait City, Kuwait. (Photo: AP)

Kuwait City: The wood paneling bearing Quranic verses gleams inside the Imam Sadiq Mosque and the carpeting is soft underfoot for worshippers who come to pray in what is one of Kuwait's oldest Shiite mosques - and the site of the country's worst militant attack in modern history.

It's been a year since an Islamic State suicide attacker, his explosives' vest hidden under traditional male white robes, interrupted prayers to shout "God is Great" in Arabic before blowing himself up.

He killed at least 27 people and wounded 227 in a day of violence during the Muslim holy month of Ramadan, a day that also saw shootings on a Tunisian beach resort and an attack on a U.S.-owned factory in France. The Islamic State group later claimed responsibility for the Kuwait bombing, along with the attack in Tunisia.

Since that day of carnage, Kuwait has rebuilt the mosque and flooded billboards and social media with calls for unity in this small nation of 3 million people. But regional tensions between Sunni and Shiite Muslims still ripple through Kuwait, as fears about possible further attacks by IS linger. 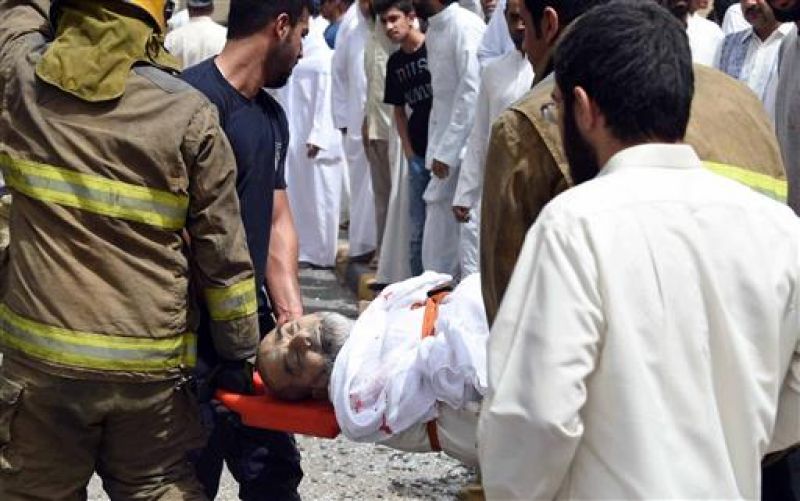 A wounded man is helped moments after a deadly explosion claimed by the Islamic State group during Friday prayers at the Imam Sadiq Mosque in Kuwait City. (Photo: AP)

"Kuwait is certainly not immune to the sectarian tension in the area," Kuwait University political science professor Shafeeq Ghabra said. "Sectarianism is one symptom of so many issues."

The Imam Sadiq Mosque, named after a historically revered Shiite figure, is tucked into the capital's al-Sawabir neighborhood on a street of boutique restaurants popular with the oil-rich emirate's chic socialites. It survived Iraq's 1990 invasion of Kuwait and the expulsion of Saddam Hussein's troops by U.S.-led forces the following year.

All that changed with the June 26, 2015, suicide bombing that struck as worshippers stood shoulder-to-shoulder in group prayer. The powerful explosion tore into the mosque's ceiling, spread blood across its floors and sent debris flying.

Minutes after the attack, Kuwait's elderly ruler Sheikh Sabah Al Ahmad Al Sabah stood at the site, surrounded by the crowds and ignoring the advice of his security forces to leave.

"Those are my sons," he said, speaking of the victims, local media reported at the time.

Sheikh Sabah's comments and presence carried much power in Kuwait, a predominantly Sunni Arab nation where at least at third of the population is believed to be Shiite - mostly descendants of Persian merchants, sea-farers and craftsmen who moved to the Gulf emirate before its establishment. Shiites now also hold key positions in Kuwait's government and freely elected parliament. 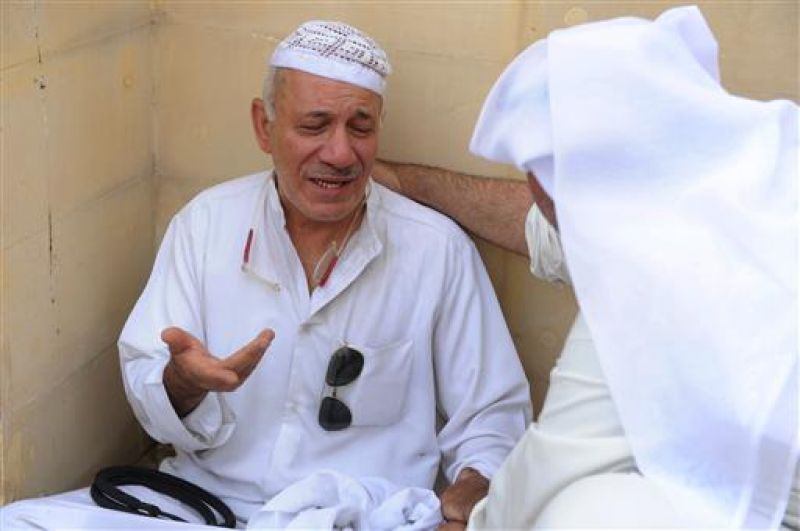 Kholoud al-Feeli, who lost her uncle in the attack, said the Sunni ruler's reaction showed that he views everyone as an equal.

"Kuwaitis have always been open toward other beliefs and differences," she said. "We are a melting-pot nation, with many people of Levantine, Persian, Egyptian and even Indian ties, if not by blood then by marriage."

Sheikh Sabah paid for nearly all the renovations needed at the mosque, which reopened this month after a remembrance ceremony for those lost.

"The one-year remembrance service held at the mosque is a great example of how Kuwait's unity and solidarity is unquestionable in times of crises," said Abdulnabi al-Attar, a supervisor at the mosque and member of its board.

"Many leading Sunni figures attended the service, headed by the emir of Kuwait himself," he added.

But in the year since the bombing, that sense of unity may have weakened amid Kuwait's failure to diversify its oil-dependent economy and address the growing disillusionment of its youth in the wake of the 2011 Arab Spring uprisings.

In the weeks after the bombing, police arrested what they described as a Hezbollah cell with a massive underground ammunition cache. Two of the defendants have been sentenced to death and have appealed their sentence.

Meanwhile, the Islamic State group continues its campaign of violence in the territory it holds in Iraq and Syria, as well as calling for lone-wolf attacks across the globe.

Kuwait undoubtedly remains a target, though al-Feeli and others hope the country will hold onto its unity.

"We as a nation have proved our resilience before, in the 1980s with Saddam's war against Iran, in the Gulf War, and as close as last year's ISIS attack," she said, using an alternate acronym for the Islamic State group. "I hope that we can come out of this more united."