Israel frees 'youngest Palestinian' girl prisoner at the age of 12

Palestinian Dima al Wawi, 12, who is believed to be the youngest female detained by Israel, looks on as she sits inside her house in the West Bank city of Tulkarem. (Photo: AFP)

Wawi was handed over to Palestinian authorities at Tulkarem crossing point into the northern West Bank, an AFP photographer said.

She was to travel from there to her family home near Hebron in the south of the territory.

She was arrested, wearing her school uniform, on February 9 at the entrance to a Jewish settlement in the occupied West Bank and found to be carrying a knife.

A wave of Palestinian knife, gun or car-ramming attacks has left 28 Israelis dead since last October, with 201 Palestinians killed over the same period, most of them while carrying out attacks. 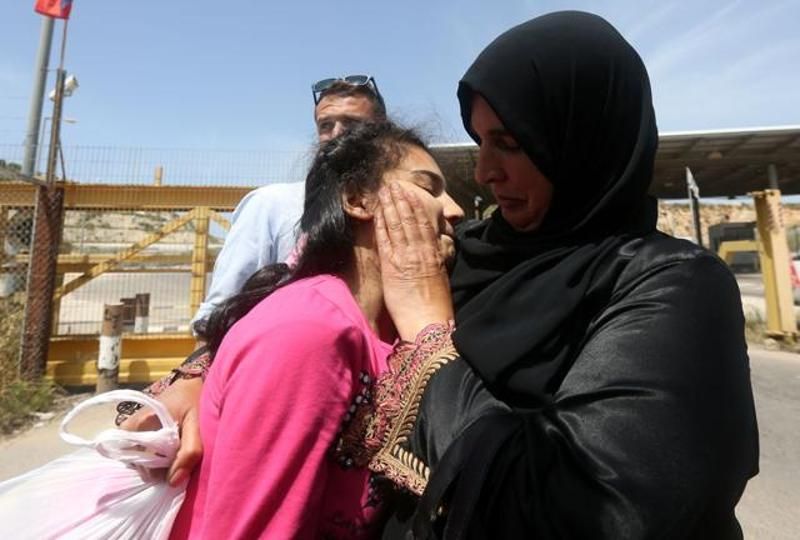 The mother of Palestinian Dima al Wawi, 12, reacts after her release from Israeli prison. (Photo: AFP)

Under a plea bargain with Israeli military prosecutors, Wawi pleaded guilty to attempted murder and possession of a knife and was sentenced to four months in an Israeli prison and a further six-week suspended sentence.

“She is the youngest Palestinian girl ever imprisoned,” her lawyer Tariq Barghouth posted on Facebook.

Barghouth said that Wawi’s defence team had asked the military court for her early release and it agreed.

According to Israeli military law, minors from age 12 can be charged, uniquely in the world according to United Nations children’s agency Unicef.

Israel is currently holding about 450 Palestinian minors, around 100 of whom are under 16.