The prisoners are then brutally crushed to death with a huge stone. (Photo: YouTube Screengarb)

Sanaa, Yemen: Islamic State only recently revealed one of their new forms of execution -- by stabbing prisoners directly in their heart -- the terror group in a fresh video has unveiled another method of killing their captives -- crushing them to death by boulders.

According to a report in the Daily Mail, the propaganda video released by ISIS shows jihadists dressed in military uniforms and vests while they prepare themselves to execute their prisoners.

The video clip titled 'Crush your enemies' shows the prisoners dressed in blue jumpsuits kneeling down on the floor. The prisoners are then brutally crushed to death with a huge stone. 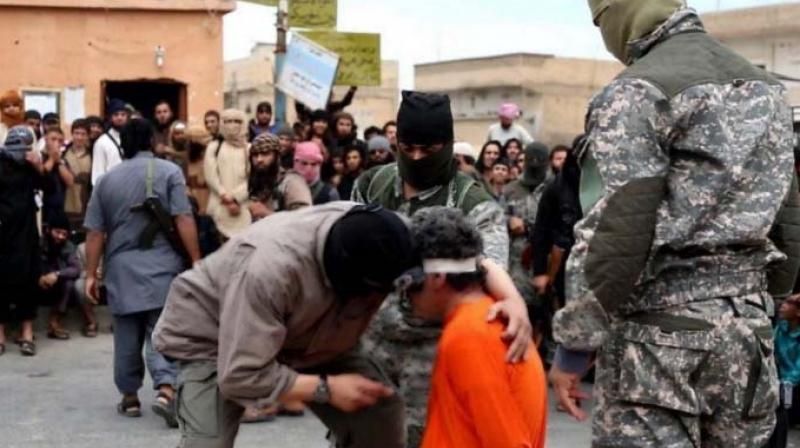 A prisoner, accused of Spying for the Syrian government was stabbed in the heart by ISIS militants. (Photo: Twitter)

Witness accounts revealed that 25 prisoners were tied together with a rope and then thrown into a large basin containing nitric acid until all their organs and bones dissolved completely. 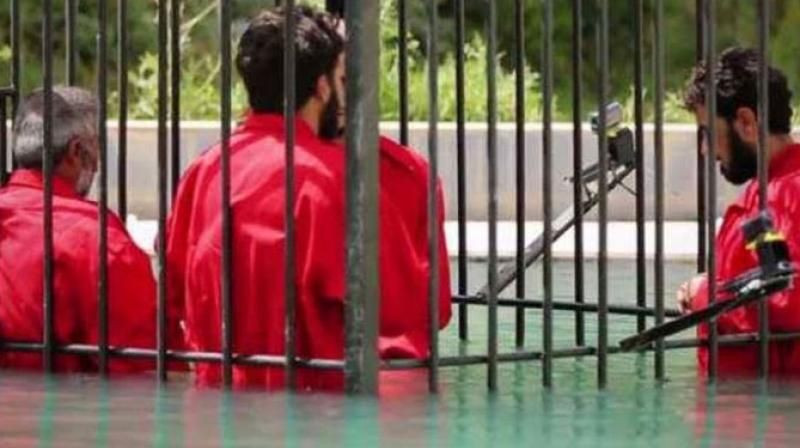 Plane carrying 22 people on board, including four Indians goes missing in Nepal