A number of Yazidi women who escaped from the clutches of ISIS described how the terror group used different methods to keep them away from pregnancy. (Representational image, Photo: AP)

Dohuk, Iraq: A number of Yazidi women, who escaped from the clutches of ISIS, described how the terror group used different methods to keep them away from pregnancy including oral sex and injectable contraception. According to a report in The Daily Mail, a rescued sex slave stated that the rapists forced women to take contraceptive pills.

The 16-year-old, who was rescued and sent to Germany for a resettlement programme, described her everyday torment that started with sitting in an empty room that had a bed as the only furniture and how her fear would begin to deepen with the sunset as it was the time for her to get raped — again.

In her testimony, she revealed how she spent her days in an empty room with no access to the outside world. The only thing she could remember is the dreadful smell of her rapist's breath and the nauseating sounds he made while raping her.

As the rape went on, she lived under the fear of getting pregnant with the militant's child. Little did she know that her fear would be suppressed by Islamic State group by asking all its fighters to ensure that their sex slaves do not get pregnant — the reason being that pregnancy would not allow them to rape the woman after a certain period of time until she delivers the child.

Read: IS decides when ‘owners’ can have sex with their female ‘slaves’

In order to facilitate the supply of sex slaves forever, ISIS militants were ordered not to let the women conceive.

The woman who was rescued from ISIS, in her testimony, also revealed how she was often sold to various fighters and every time she was sold to a new fighter, she came with a box of contraceptive pills.

Read: Girl burns herself to be less attractive for IS: Ghastly tale of Yazidi woman

She added that her owner forced her to consume one pill everyday in front of him. Once she had consumed the pill, he would force himself on her.

It was only after being sold a few times with the box that she understood that she was being fed birth control pills. Whenever she ran out pills, her owner would replace it with a new box.

She said that she was sold seven times before being rescued, adding that after being to sold to a militant, in order to ensure that she was not pregnant, he inquired about her last menstrual date. 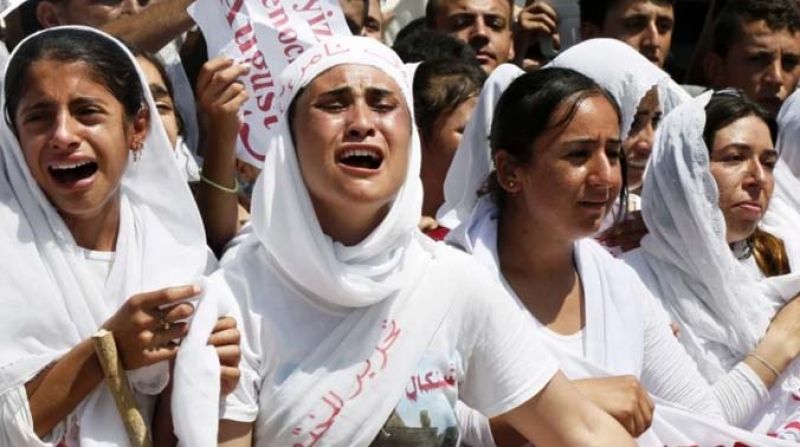 Another woman who was held as sex slave, revealed how she was already pregnant when she was captured by an ISIS militant from a refugee camp. When the militant learned that she was pregnant, he took her to an abortion clinic. Upon refusing for the surgery, she was punched on the stomach by the militant. She later escaped by jumping over the property’s wall where she was held captive. Bleeding profusely, she waited for help. Weeks later, she was rescued by her family.

■IS decides when ‘owners’ can have sex with their female ‘slaves’
■Girl burns herself to be less attractive for IS: Ghastly tale of Yazidi woman