This undated photo courtesy of Ahmad al-Khatib, a media activist in Aleppo, shows Syrian social worker Anas al-Basha, 24, dressed as a clown, while posing for a photograph in Aleppo, Syria. (Photo: AP)

Beirut: When war is constant, it can be easy to lose sight of how much a single death can matter. But the passing of one committed social worker will be especially devastating to his community in Aleppo.

The 24-year-old Anas al-Basha was a center director at Space for Hope, one of many unheralded local initiatives operating against the odds to provide civil society services to Syria's war-torn opposition areas.

He was also a joker who dressed as a clown to cheer up the Aleppo's traumatised children. He was killed Tuesday in a presumed Russian or government missile strike on the Mashhad neighborhood in the besieged, eastern side of the city.

In a now largely bombed-out enclave, Space for Hope supports 12 schools and four psycho-social support centers in eastern Aleppo, providing counseling and financial support for 365 children who have lost one or both parents. Many of the staff of 34 learned social work on the job as the country's five-year civil war unfolded.

Anas's supervisor, Samar Hijazi, said she will remember him as a friend who loved to work with children. 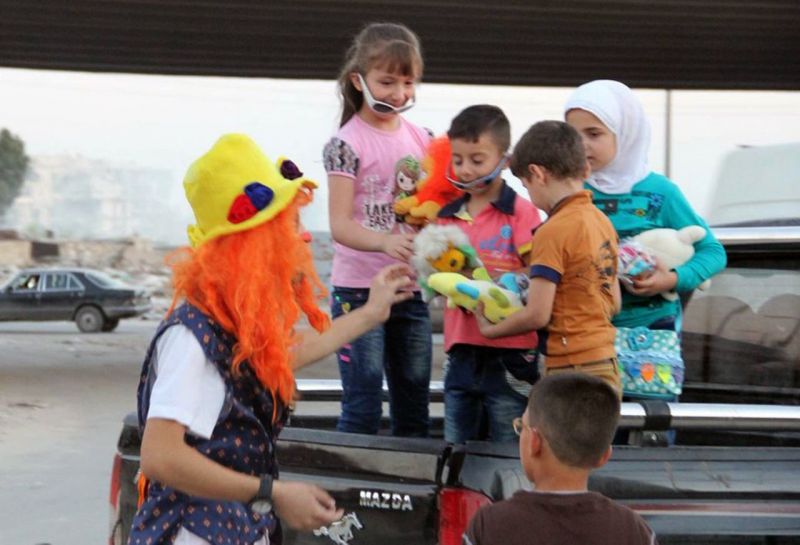 Al-Basha, was a center director at Space for Hope, one of the many important but unheralded local initiatives that has operated against the odds to provide the services of civil society in Syria's war-torn opposition areas. (Photo: AP)

"He would act out skits for the children to break the walls between them," she said.

Anas's parents left city before the government sealed its siege of the rebel-held eastern districts last summer. He chose to stay on, and had his salary sent to their place of stay in the countryside.

The siege has been immensely trying for the men and woman who shouldered the burden of looking after Aleppo's traumatized children.

"All of us in this field (of childcare) are exhausted, and we have to find strength to provide psychological support and continue with our work," said Hijazi.

Space for Hope has suspended its operations in Aleppo for the time being. A renewed government assault on the city's eastern neighborhood has brought shelling and bombardment at an unprecedented rate, displacing tens of thousands of civilians in the span of four days and killing dozens of civilians daily.

Anas is survived by his wife, who remains trapped in Aleppo. They married two months ago.

Kerala nurse, a corona warrior in Oman, succumbs to COVID

Little Amal, a puppet, is all set to traverse the world in support of refugees

US announces troop withdrawal from Afghanistan and Iraq