Geneva: Nadia Murad, a slight, soft spoken Yazidi woman from Iraq, endured a three-month nightmare as a sex slave of the Islamic State (IS) group.

After her harrowing escape with the help of a fake religious ID nearly two years ago, Murad has a message for world leaders striving to crush the extremists: IS leaders must stand trial for genocide.

"Genocide must be recognised," the 23-year-old said through a translator in Geneva.

As Iraq wages an offensive against IS, with government forces retaking full control of the jihadist bastion of Fallujah on Sunday, UN investigators are making a renewed push for justice for the jihadists' victims.

The Yazidis, neither Muslim nor Arab, are an ancient religious minority of more than half a million people concentrated near the Syrian border in northern Iraq.

The IS group has said it despises the Kurdish-speaking group because Yazidis are not "people of the book", meaning their faith does not adhere to the theological tradition that begins with Abraham of the Old Testament and extends through the Koran.

In 2014, IS jihadists massacred Yazidis in Sinjar, forcing tens of thousands of them to flee, and capturing thousands of girls and women as spoils of war.

The UN Commission of Inquiry (COI) for Syria earlier this month said it had compiled evidence proving that IS was continuing a genocide against the Yazidis.

With Iraqi leaders hailing their recent victories over IS in Fallujah and weighing a new operation to flush them out of their northern strongholds like Mosul, Murad insisted that the need for accountability should not be forgotten.

She was taken by ISIS from her home village of Kocho near Iraq's northern town of Sinjar in August 2014 and brought to Mosul.

"The first thing they did was they forced us to covert to Islam," she said. "After conversion, they did whatever they wanted to do."

In a December speech at the UN Security Council, Murad recounted her so-called "marriage" to one IS captor, who subjected her to horrific abuse.

"I was not able to take any more rape and torture," she told the council, so she decided to flee.

On the run in Mosul, Murad said she was terrified that no one would take her in, but she ultimately found shelter with a Muslim family in the city.

"They made me an Islamic ID," she said, which she used to cross the border into Iraqi Kurdistan.

There she lived in a camp for displaced people and, with the support of the Yazidi welfare organisation Yazda, relocated to Germany, where she now lives with her sister.

The United Nations and several Western powers first suggested last year that the IS assault on the Yazidis amounted to a premeditated, genocidal effort to exterminate an entire community.

The evidence presented by the COI earlier this month was more conclusive.

Supported by witness testimony, the COI found that IS "sought to erase the Yazidis through killings, sexual slavery, enslavement, torture and inhuman and degrading treatment". 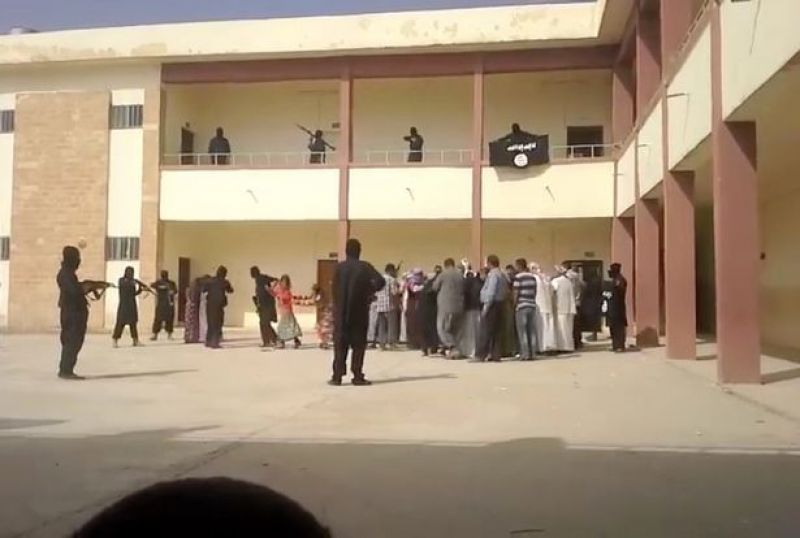 ISIS terrorists rip Yazidi women from their families to turn them into sex slaves. (Photo: Facebook)

But COI members expressed hope that the Yazidi case could be investigated by The Hague-based ICC, because the IS group has no public political support.

Murad, one of 376 people and organisations nominated for this year's Nobel Peace Prize, broke down in tears as she told a UN audience the extent to which her people felt abandoned by the international community.

Speaking at a Human Rights Council event in Geneva last week, she said that anger would intensify if the IS attempt to exterminate the Yazidis did not lead to prosecutions.

"For you to regain the trust of the Yazidis will take a lot of work," she said.

Italian govt asks citizens to be prepared for an extended lockdown