London: So many users are signing a petition for a re-run of Britain’s referendum on European Union membership that they’ve crashed the House of Commons website hosting the document.

The petition passed the 200,000 mark on Friday evening, with a map of the voting indicating that most activity was in London – where most boroughs backed the “remain” camp in the referendum.

The House of Commons said it had seen  “high volumes of simultaneous users on a single petition, significantly higher than on any previous occasion.”

A second referendum isn’t in the cards for now, but experts say it isn’t out of the question if those who back a British exit begin suffering from buyer’s remorse.

The Leave campaign won 52 per cent to 48 per cent after it tapped into a wave of anger and resentment in the face of fears it had stoked: deluge of immigrants, rising crime and terrorism, jobs being taken away. 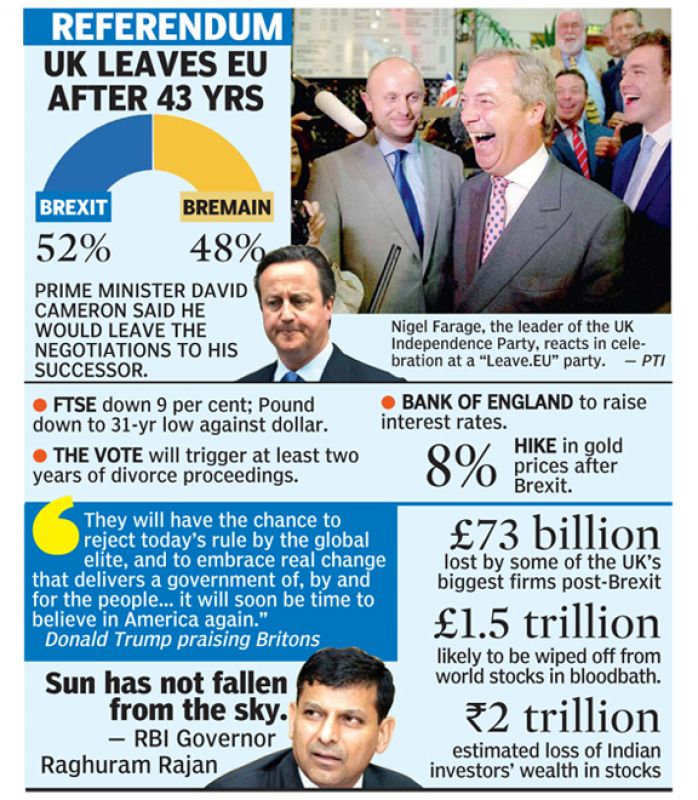 British voters went to the polls on Thursday to vote on whether their country should remain a member of the European Union. As months of fierce debate pause on referendum day and Britons held their breath for what was described as a "once-in-a-lifetime" decision.

After the historic Brexit referendum, Great Britain stands vertically divided. England and Wales rejected the European Union, while Scotland and Northern Ireland decided to remain in it.

Hours after the Brexit results were annouced, British Prime Minister David Cameron announced he would step down to make way for a new leader by early October after voters opted to exit the 28-nation alliance in defiance of his predictions of economic disaster and isolation.

Read: Divided Britons in shock after EU vote; fears of a bumpy ride ahead

Britons decided 52 percent to 48 percent in favour of quitting the bloc, a margin of more than one million votes, according to final results from Thursday's referendum.

Britain will be the first country to leave in the history of the EU, the culmination of decades of suspicion over European aims of creating an ever-closer political union.

The vote also threatens the unity of the United Kingdom, with Scotland unwilling to follow the rest of the country out of the EU.

"Let June 23 go down in our history as our independence day," said top anti-EU campaigner Nigel Farage, leader of the UK Independence Party, who had promised Britons the chance to retake power from Brussels and rein in high immigration.

"We've done it! We've won!" anti-EU campaigners shouted at the festivities in an office block in Westminster, popping open champagne bottles as "Leave" victories flowed in. "Out! Out! Out!", they chanted as dawn broke.

UK to add Covaxin to approved vaccine list from November 22