Pro-European centrist Emmanuel Macron and anti-immigration leader Marine Le Pen began a final duel for the French Presidency on Monday, after a first round of voting delivered a stunning blow to the traditional political class.

Macron is clear favourite to become France’s youngest president after topping Sunday’s ballot with 23.75 per cent of votes, slightly ahead of National Front (FN) leader Le Pen on 21.53 per cent, according to final results. “For months and again today I've heard the doubts, the anger and the fears of the French people. Their desire for change too,” 39-year-old Macron told thousands of flag-waving, cheering supporters in Paris on Sunday.

He pledged to unite “patriots” behind his agenda to renew French politics and modernise the country against Le Pen and “the threat of nationalists” as mainstream political leaders urged voters to back him and keep the far-right away from the Elysee Palace. 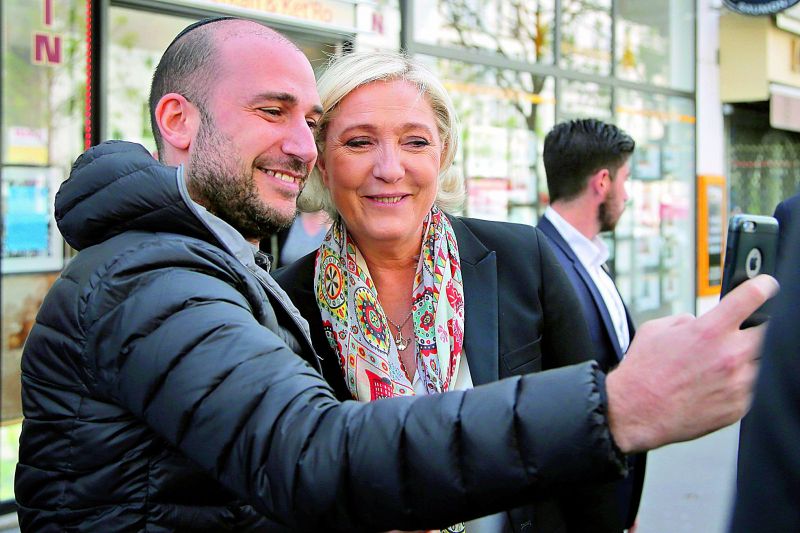 French far-right leader Marine Le Pen poses for a selfie after a haircut in Paris on Monday. (Photo: AP)

Polls suggest the ex-investment banker would beat Le Pen easily in the second round run-off on May 7, which will not feature a candidate from the traditional left or right for the first time in six decades. Despite serving as economy minister in the outgoing Socialist government of Francois Hollande, Macron casts himself as a political “outsider”, who only recently formed his movement “En Marche!” (“On the move”).

“The challenge is to break completely with the system which has been unable to find solutions to the problems of our country for over 30 years,” Macron said. The outcome capped an extraordinary campaign in a deeply divided and demoralised France, which has been rocked by a series of terror attacks since 2015 and remains stuck with low economic growth.

Le Pen, who has hardened her anti-immigration and anti-Europe rhetoric over the past week, hailed a “historic vote” in front of her supporters, adding: “The first stage has been passed.” The French vote was being closely watched as a bellwether for populist sentiment.