‘Say it all!’ 16 teens get surprise chance to confess sins to Pope

Pope Francis shakes hands with a young faithful after confessing him during Youth Jubilee at Saint Peter square in Vatican on Saturday. (Photo: AP)

Vatican City: Sixteen teenagers were given a surprise opportunity to confess sins to Pope Francis.

The pontiff made a surprise appearance late Saturday morning in St Peter’s Square, where thousands of Catholics faithful, ranging in age from 13 to 16, were participating in a special Holy Year youth day, including confession near the famed Colonnade of Bernini. 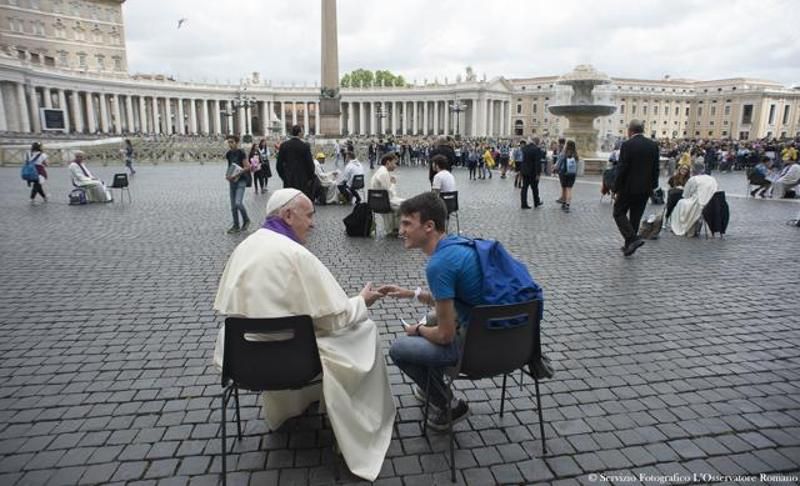 Francis and each of the 16 teenagers sat face-to-face in simple chairs set up in pairs for him and many others hearing confessions in the square. The teenagers seemed at ease, with Francis shaking hands warmly with the youths. In all, the pope spent more than an hour in the square.

He has dedicated the Holy Year to two central themes of his papacy: mercy and reconciliation.