Escobedo, Mexico: A Mexican cop, who was recently suspended after her topless selfie photographs went viral on social media, has been swamped with modelling offers, according to a report in the Mirror.

Nidia Garcia from the Mexican city of Escobedo, was suspended after an investigation was launched by her senior officers when they came across a topless selfie of her only to find out that it was the latest picture among many others in which she proudly flashed her nude breasts.

On questioning, Garcia said that she regretted clicking such provocative selfies. She also apologised for her act on Facebook saying that she had taken those photographs but did not upload them anywhere on social media.

"I apologise to the Proximity Justice Secretariat (local police force) and moreover to the city of Escobedo for this immoral act that I have committed,” Garcia was quoted as saying.

In the latest photograph, Garcia was seen wearing a police uniform with her breasts flashing and a rifle in her hand.

She further went on to say that, "Since I would be incapable of uploading a photo like this, I am outraged by the great damage this publication brings to my two daughters, my husband, parents, brothers and entire family.”

After her confession on Facebook, other provocative photographs of Garcia started appearing on social media. In one of the pictures, she is seen wearing a laced bra while cover one of her breasts with her hand. 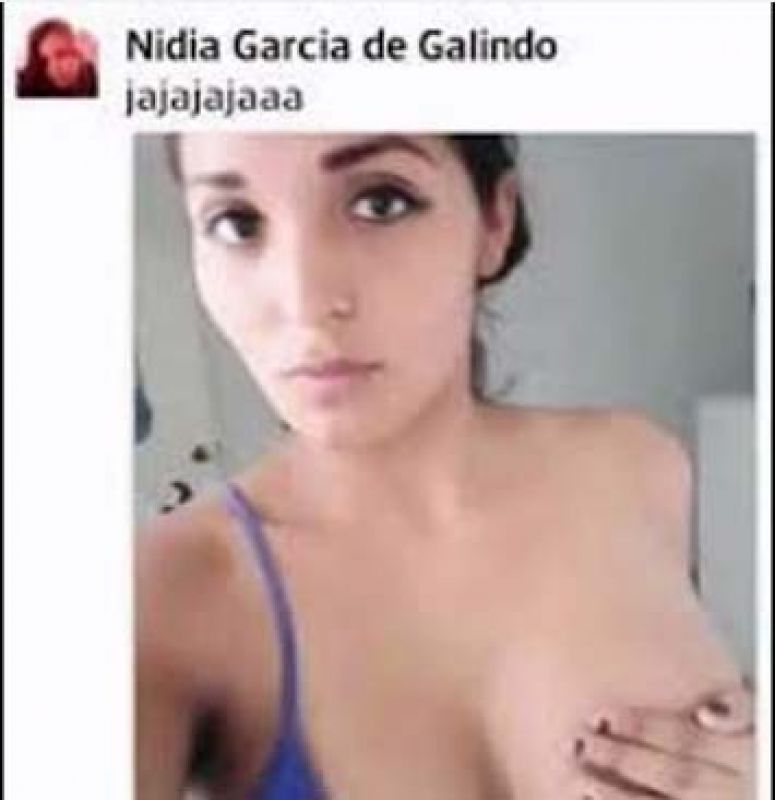 A photograph of Nidia Garcia which made its way to the internet. (Photo: YouTube Screengrab)

Garcia's photographs got her suspended from the post of a woman cop but instead got her many modelling offers.

Among those who expressed interest to work with her were a number of men's magazines as well as local businesses for modelling purposes.

Talking on Garcia's instant fame on social media, one of the entrepreneurs said that her popularity should be exploited. However, he covered up for his statement saying that for expanding a business, nude photos are not necessarily important. Instead, a professional photo shoot with the imagination of the model's fans can work wonders.