'What colour will Eiffel Tower be next?', IS supporters launch poll for next target

The Eiffel Tower is illuminated with the Belgium national colors black, yellow and red in honor of the victims of the attacks at the airport and the metro station in Brussels. (Photo: AP)

Islamic State supporters have mocked the solidarity displayed by various countries over the Brussels attacks by putting put up an online poll asking what colour would the Eiffel Tower be next and asking people to suggest which country should the dreaded organisation target next.

US, Russia and United Kingdom were among the countries that featured in the poll and UK was voted most by jihadi supporters for being the next target of terror attack.

'The Islamic State will attack London, Washington, Rome and all the infidels' capitals,' tweeted an ISIS supporter. 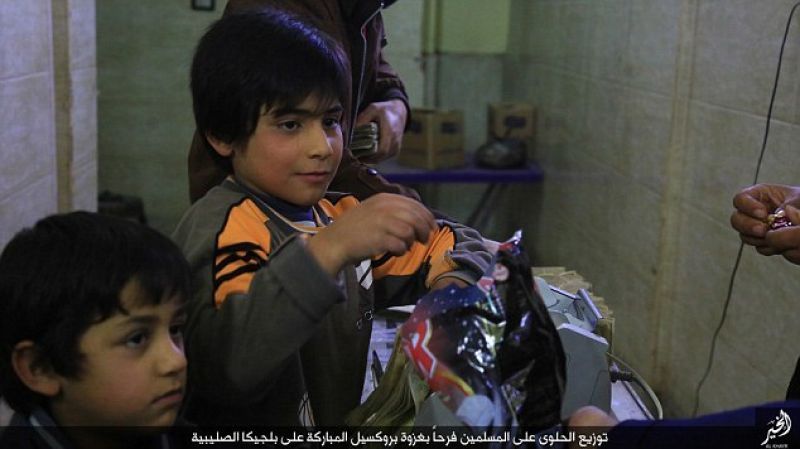 IS members distributed sweets to residents of Syria to celebrate the Brussels attacks. (Photo: SITE)

This comes a day after ISIS had released photos of its members celebrating the brutal slaughter of innocent lives in Europe by distributing sweets.

Photographs showing jihadis handing out sweets to residents in Syria were circulated by the terror group across the internet.

Photographs showed bags of sweets and other items being handed by militants to young children and men in the province of Deir Ezzor, eastern Syria.

The photos included a statement, describing how ISIS had distributed sweets to Muslims in 'joy of the blessed attack against the Crusaders in Brussels.'

The ease with which suicide bombers were able to set off powerful explosions in Brussels has triggered massive security concerns across the globe and also shown how popular European cities have become soft targets for ISIS fighters.

A roundup of all the major developments on coronavirus outbreak today

Like mother Diana, Britain's Prince Harry and Meghan to give up royal titles