Rescuers hold three puppies that were found alive in the rubble of the avalanche-hit Hotel Rigopiano, near Farindola, central Italy, Monday. (Photo: AP)

Penne: Rescuers recovered three puppies from under the rubble of Italy’s avalanche hotel Monday sparking fresh hopes some of the 23 people still missing after five days could be found alive.

Fireman Fabio Jerman said the discovery of the three shaggy white Abruzzo sheepdog pups meant there were still air pockets in the collapsed luxury spa resort, “an important sign of life, which gives us hope”. 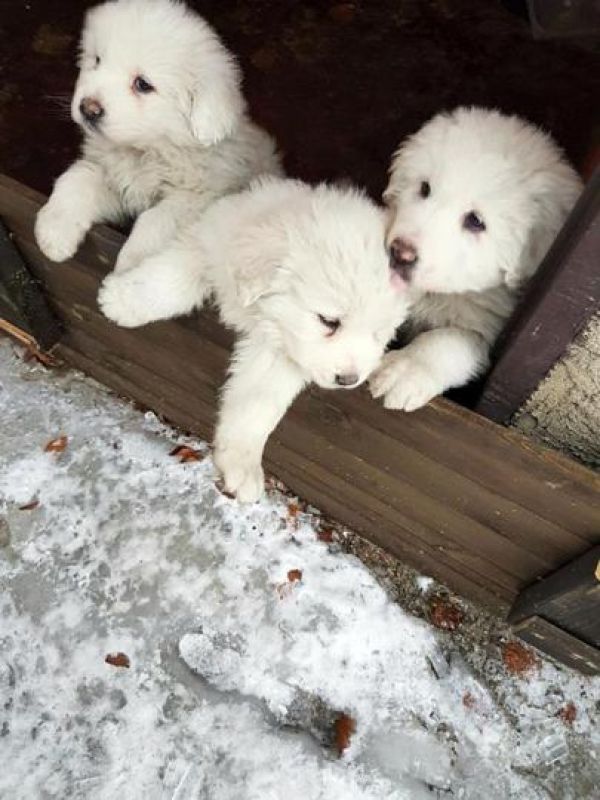 Three puppies stay close to each other at the Hotel Rigopiano, near Farindola, central Italy. (Photo: AP)

A new route was being dug into the wreck in a last-ditch effort to find survivors, as questions mounted as to whether the disaster could have been avoided. 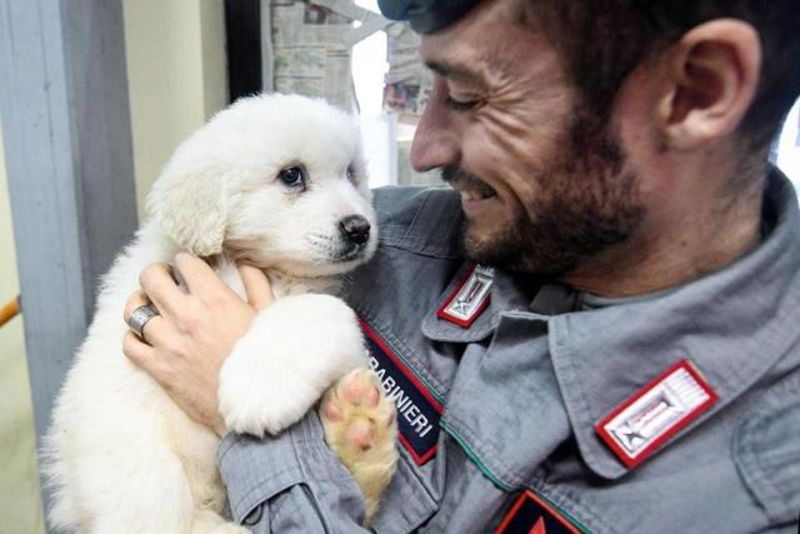 A Carabinieri officer officer holds one of three puppies that were found alive in the rubble of the avalanche-hit Hotel Rigopiano, near Farindola. (Photo: AP)

“It’s a race against time, we know we need to go fast, but it’s not an easy working environment,” fire service spokesman Luca Cari said as teams worked feverishly to reach the centre of the resort, where they believe the missing could be.

An email sent by the hotel to local authorities pleading for help just hours before Wednesday’s tragedy has gone viral.

Although it did not mention fears of an avalanche it described the mounting panic of guests trapped in the hotel by snow as earthquakes shook the region.

Five days after the huge avalanche hit the four-star resort with the force of 4,000 trucks, killing at least six people, the small, fresh sign of life within the concrete tomb spurred rescuers on. 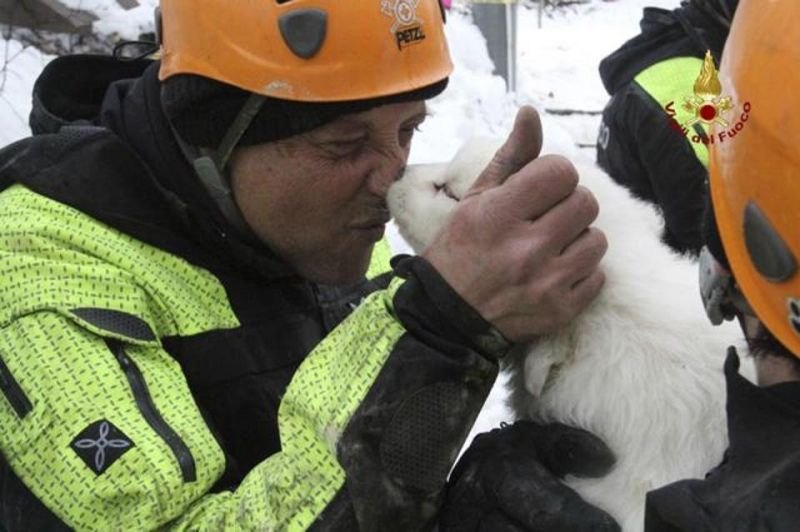 A firefighter kisses one of the three puppies that were found alive in the rubble of the avalanche-hit Hotel Rigopiano, near Farindola, central Italy, Monday. (Photo: AP)

The puppies were born in December in the ill-fated Hotel Rigopiano to Lupo and Nuvola (Wolf and Cloud), who escaped when the avalanche hit and were found the following day in a nearby hamlet.

Nine people pulled out alive on Friday had described being trapped in tiny spaces, eating dirty snow in the pitch black to survive.

Burrowing through narrow holes in the snow and rubble, rescue workers have been painstakingly searching each room of the lodge.

Late Sunday rescuers began attempting to access the wreckage from the left-hand side -- a riskier enterprise which could trigger snowfalls but would ultimately get them more quickly to new search zones.

With shovels, drills and their bare hands, they were also working to recover the sixth victim, a task expected to take several hours yet.

Though the avalanche risk was lowered from four to three on a five-point scale, a special radar was installed on the slopes to warn rescue teams of any fresh slides as snow and rain continued to fall on the mountainous area of central Italy.

Investigators in the nearby city of Pescara on the coast stepped up a probe into the disaster, which could lead to manslaughter charges if prosecutors find the luxury spa should not have been built in that area, or should have been evacuated.

The hotel opened in 1972 and was transformed 10 years ago into a four-star hotel with a heated external swimming pool and sauna frequented by celebrities including US actor George Clooney, according to Italian media reports.

Investigators had launched a probe into the number of building permits awarded in the vast Gran Sasso national park amid suspicions of corruption, but the case was dropped in November.

The former mayor of Farindola, whose brother was killed in the hotel disaster, said no one had considered the risk of an avalanche.

Francesco Peduto, head of the National Geologists Council, said it would have been difficult to predict the deadly combination of snowfall and earthquakes.

The area was hit by four powerful quakes in the hours before the avalanche, potentially loosening the snow mantle.

The e-mail sent Wednesday to the authorities by the hotel manager said “the situation has become worrying” and called for help. With the electricity and phone signals down, guests spooked by the quakes were planning to sleep in their cars.

But throughout the region the snow had blocked vulnerable people -- families with young children and the elderly -- in their homes, and local authorities were working with limited resources to clear roads and get people out of freezing cold and dark buildings.

Nearly a week after the quake, some 10,000 homes were still without electricity on Monday.

Italy’s Prime Minister Paolo Gentiloni on Sunday urged Italians not to hunt for a “scapegoat”, but those still waiting to discover the fate of their loved ones have demanded the truth.