RT reporter Anna Baranova was hit on the head by a protester in Paris. (Photo: Videograb)

Paris: In a shocking incident, a television reporter who was covering a demonstration live in Paris was hit by an unidentified masked protestor.

Anna Baranova, who is a reporter with RT news, was hit on the head in an unprovoked attack but the brave journalist remained unfazed and continued to cover the anti-labour reforms protest in the heart of France. 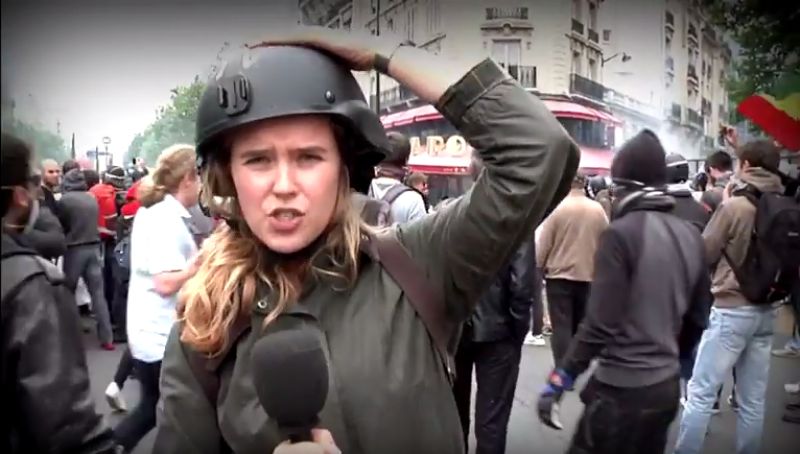 The reporter did not let the antics of the protesters get to her.

However, it took a few seconds for Anna to recover from the attack and she was clearly dazed from the hit. Luckily for her, the protester had hit her on the head and she was wearing a helmet and was not injured.

Seconds after she is attacked, another protester is seen thrusting his hands in front of the camera and clapping. It’s not known if the protester was encouraging the man who hit the reporter or was lauding her for carrying on with the live coverage despite what had happened.