6 British soldiers reburied over century after death in WWI

Belgium: Six British World War I soldiers have been reburied more than 100 years after they fell in a battle on Flanders Fields.

The bodies were discovered in 2013 in the city of Ypres, Belgium, and then embarked on a long journey of identification, some of it based on DNA provided by relatives. Only two of the six were identified. They were reburied on Wednesday. 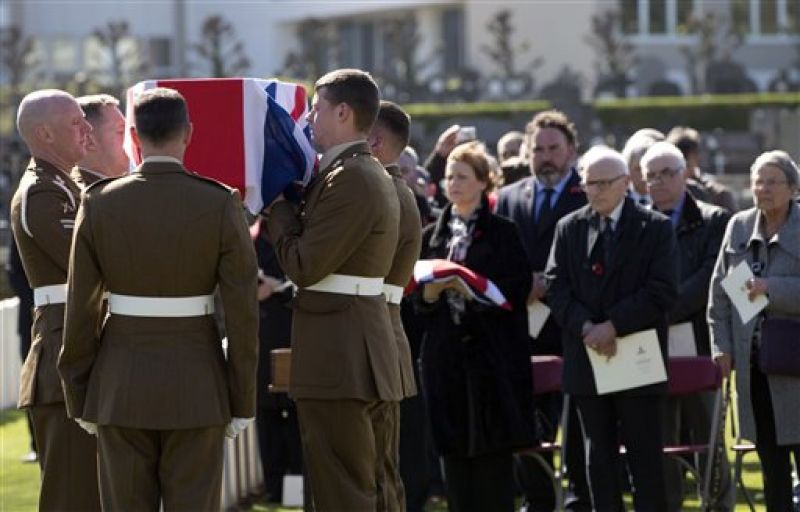 British Army Artillery prepare to lower the casket of WWI British soldier Gunner Albert Willam Venus during a burial ceremony.The bodies of the unidentified will rest in the same Ypres Extension cemetery next to their comrades but in graves marked only as 'A Soldier of the Great War'. One of them was identified as Gunner Albert William Venus.

The men had originally been buried and marked with a wooden cross but the graves disappeared in subsequent fighting.

Thousands of soldiers still remain buried deep in the mud in the battlegrounds of western Belgium.

In great relief, US officials say Ukraine fired missile that landed in Poland