Prosecutors say Mladic played a pivotal role in a ruthless campaign of ethnic cleansing to create a Greater Serbia during Bosnia's bloody 1992-95 war which claimed 100,000 lives and left 2.2 million others homeless. (Photo: AP)

The judgement and possible sentencing before the Yugoslav war crimes court in The Hague marks the culmination of a case spanning 22 years against Mladic, once dubbed "The Butcher of Bosnia".

As the head of Bosnia's Serb-dominated army, Mladic, 74, is accused of 11 counts including genocide, war crimes and crimes against humanity, committed in the chaotic break-up of the former Yugoslavia after the fall of communism in 1990.

Mladic is one of the "first cases which in fact justified the creation of the International Criminal Tribunal for the former Yugoslavia," chief prosecutor Serge Brammertz said recently.

Wednesday's decision will also be the court's penultimate ruling as it prepares to close on December 31 after more than two decades.

Prosecutors say Mladic played a pivotal role in a ruthless campaign of ethnic cleansing to create a Greater Serbia during Bosnia's bloody 1992-95 war which claimed 100,000 lives and left 2.2 million others homeless. 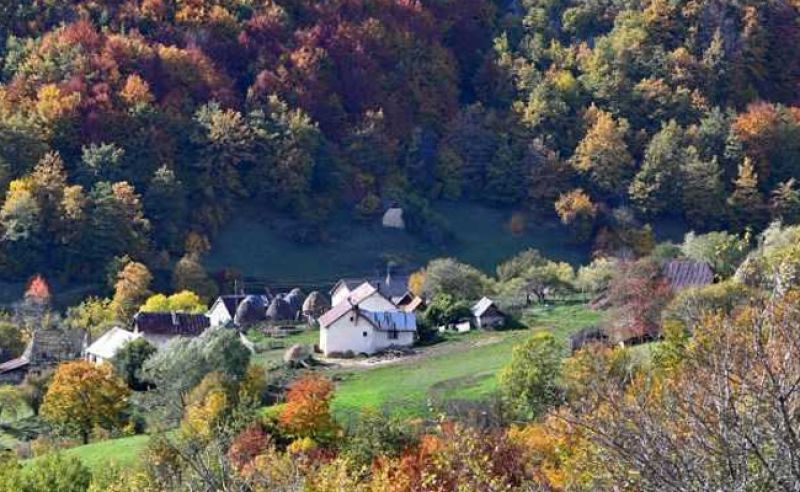 An aerial picture shows the village of Bozanovici, near the town of Kalinovik, eastern Bosnia (Photo: AFP)

Mladic was particularly sought over his role in commanding Bosnian Serb troops who in mid-1995 overran the "safe" enclave of Srebrenica in eastern Bosnia.

After brushing aside lightly-armed Dutch UN peacekeepers, troops under Mladic's command proceeded to slaughter almost 8,000 Muslim men and boys over the next days, dumping their bodies in mass graves.

The killings are deemed the worst atrocities committed in Europe since World War II and have been labelled genocide by two international courts.

Mladic is also accused of ordering a 44-month-long campaign of sniping and shelling against Bosnia's capital Sarajevo to terrorise its inhabitants, killing 10,000 people, mostly civilians.

Prosecutors further blame him for the hostage-taking of 200 UN peacekeepers and allegedly ordering his troops to "cleanse" Bosnian towns, driving out Croats, Muslims and other non-Serb residents. They have called for a life sentence.

Mladic told judges he was "sorry for every innocent that was killed on all sides, in all ethnic communities in Yugoslavia", but has continued to deny the charges.

Arrested at his cousin's Serbian home in May 2011 after almost 16 years on the run, the once stocky and brash military commander cut a very different picture in the dock over the years.

Markedly thinner and greyer, a defiant Mladic told judges at his first appearance in 2011: "I defended my country and my people (and) I now defend Ratko Mladic before you."

During hearings, he frequently clashed with prosecutors, judges, witnesses and even onlookers in the public gallery.

In one infamous moment as his trial opened in 2012, Mladic was seen making a throat-cutting gesture towards a victim's relative.

Mladic has called the charges against him "obnoxious" and referred to the ICTY as a "satanic court".

He also refused to testify in the trial of Bosnian Serb leader Radovan Karadzic, his political alter ego, who is currently appealing a 40-year jail term imposed in 2016 for similar charges. 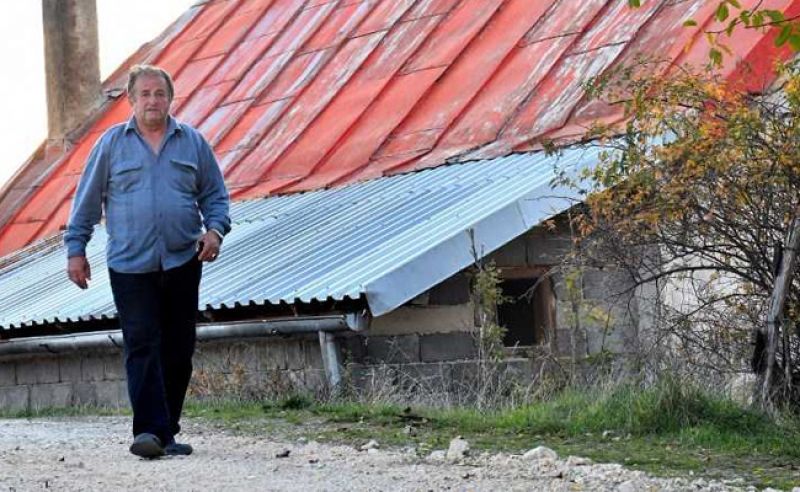 Dusko Mladic, relative of Ratko Mladic, walks by his home, in the village of Bozanovici, Bosnia (Photo: AFP)

Mladic's lawyers have insisted he is "not a monster" and urged that he be acquitted on all charges.

Over the years his health has deteriorated, and Mladic has suffered three strokes.

Judges however dismissed a last-minute defence bid to postpone the verdict on medical grounds.

During a complex trial lasting 523 days, almost 10,000 exhibits were admitted in evidence and there were almost 600 witnesses. They provided hours of harrowing testimony including from protected witness RM-346, who told how he survived Srebrenica.

"There were a lot of dead bodies. Brains were splattered all over," said the man, who escaped despite being seriously wounded.

Mladic, Karadzic and former Yugoslav president and Serbian strongman Slobodan Milosevic were among the top leaders, who prosecutors said formed the core of a "joint criminal enterprise" to create a Greater Serbia.

But Milosevic died before judgement could be passed, suffering a heart attack in his cell in The Hague in March 2006.

"The Mladic judgement, together with the Karadzic judgement is one of the most important in the history of the tribunal," said Brammertz.

There have long been accusations from Serbia the ICTY was a "political" institution, which had hampered reconciliation.

But Brammertz has insisted "no one can expect a judicial process to achieve reconciliation".

"I am personally absolutely convinced... that without accountability there is no chance of reconciliation at all."