Armed police officers escort a suspect to a police vehicle during a raid in the Molenbeek neighborhood of Brussels, Belgium in connection with the Paris attacks. (Photo: AP)

Brussels: The ‘place where you can disappear’, the ‘Jihadist airbase’ -- the crowded Brussels borough of Molenbeek, finally proved not big enough for Europe's most wanted man: Paris attacks suspect Salah Abdeslam.

And this time his friends couldn't smuggle him out hidden in a wardrobe as some speculate may have been the case in November.

Yet his arrest on Friday, a mix of dogged Belgian sleuthing and a dash of belated good fortune in a four-month manhunt after the November 13 Islamic State attack on the French capital, raises new questions about how Abdeslam eluded capture for so long, apparently in Brussels, until run to ground between his parents' home and the bar he ran with his suicide bomber brother. 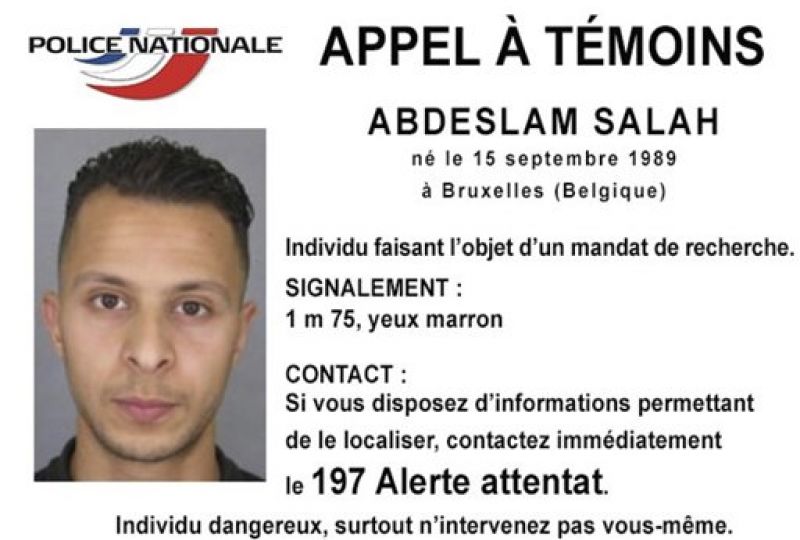 26-year old Salah Abdeslam, who was arrested by police in connection with recent terror attacks in Paris. (Photo: AP)

Experts in security and local society who spoke to Reuters in the days after the Paris attacks said Molenbeek, and Brussels more generally, offered a degree of anonymity to radicals, including those returned from fighting in Turkey, because they felt with Muslims who would shield them and understand them.

Abdeslam, a 26-year-old French citizen, was raised by Moroccan-born parents in the multicultural melting pot of Molenbeek, far from the cosmopolitan districts on the other side of Brussels where the European Union and NATO make their homes.

After months of speculation he might have eluded capture and followed a dream other young European Muslims have of joining Islamist militants in Syria, it turned out the young man with a clouded past running drugs and spending time in jail for theft, had been in the Belgian capital, and may have been all along.

Now police, who moved in swiftly to seize Abdeslam at a house on the rue des Quatre-Vents -- Four Winds Street -- are questioning a man and two women found at the address whom they suspect him of being part of a family harbouring the fugitive. 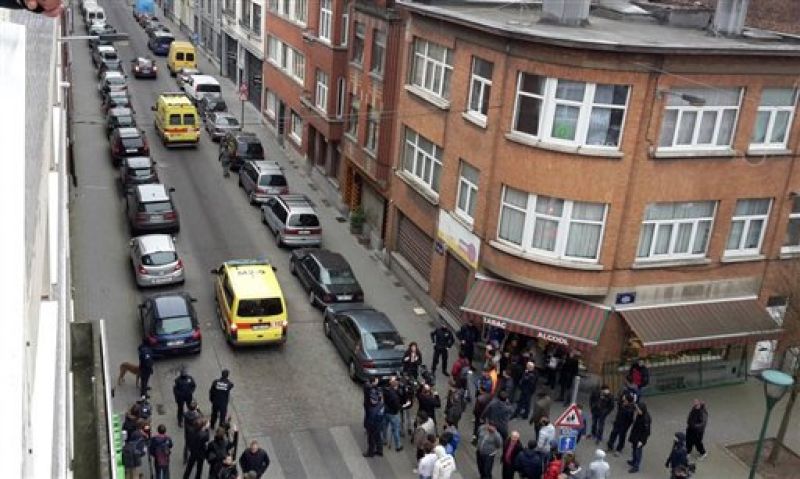 Emergency vehicles travel along a street blocked by armed police officers during a raid in the Molenbeek neighborhood of Brussels, Belgium. (Photo: AP)

Previous searches -- and Belgian authorities have carried out scores since the Paris attacks on Nov. 13 -- had turned up little, and Abdeslam, with short hair and varying styles of hair colour, always seemed, according to police, capable of acting the chameleon and keeping well out of Brussels police probes.

Investigators, pursuing leads on both sides of the Franco-Belgian border, will now want to know how far the Molenbeek in which Abdeslam was seized has lived up to popular reputation as a place where residents ask few questions of the police.

A prosecutors statement late on Friday said a man and two women, whom it did not identify fully, were being interrogated after being found helping such a dangerous fugitive.

Over the past four months, police have said on occasion that they might be on Abdeslam's track, while never discounting speculation that he might have reached Syria. But until Friday, there had been no publicly confirmed sighting of the man.

Bilal Benyaich, a Brussels security expert, described Molenbeek last November as a "pitstop" for radicals, and a "place where you can disappear"; Belgian conservative politician George Dallemagne called it an "airbase for jihadists", a place from where they could arm and attack places like Paris at will.

A tangle of scruffy, red-brick terraced streets on the wrong side of the Brussels canal, populated by many young, jobless Muslims alienated by European society, Molenbeek seems to have been just that for Salah Abdeslam and his elder brother Brahim.

Other siblings living at the family home on a square facing the borough town hall, a few hundred yards from the house where Salah was seized by police, have long insisted the pair were hard-working young men with no interest in religion.

Regulars at the bar own by Brahim and run by Salah, Les Beguines, also painted a similar picture. Salah had had a decent job at the municipal tram repair shop, though he lost that due to absences caused by a spell in prison for theft.

Local authorities shut the bar down weeks before the Paris attacks because of complaints it was being used for dealing in marijuana. Somehow the brothers were radicalised and a network of acquaintances came into play, first to help play their part in the Paris attacks -- Brahim blew himself up outside a cafe -- and then to conceal and protect Salah when he was on the run.

The younger Salah was captured on CCTV at a fuel station heading for Paris in a car later used in the attacks two days before the assault on Nov. 13, in company with a local man called Mohamed Abrini, who remains among Europe's most wanted.

On the fatal Friday evening, Salah made a serious of phone calls to acquaintances in Brussels, finding two who drove to Paris -- they say totally unaware -- to pick him up hours after the attacks. He told them his car had broken down.

Those two men, one a former barman at Les Beguines, remain in Belgian custody. One told his lawyer he thought Salah may have been wearing a suicide vest on the trip back to Brussels.

French police stopped them three times that night but let Abdeslam go. His identity was only circulated on police radios just after he had crossed the Belgian border the next morning.

Other acquaintances who drove him around Brussels that weekend have been hauled in. But police will now want to know who has been keeping him hidden for four months. And how.