The number of migrants trying to reach Europe by sea in 2015 hit a record, according to reports. (Photo: AP, Representtaional Image)

Rome, Italy: At least 400 migrants were feared dead on Monday, after four boats capsized in the Mediterranean Sea, when desperate refugees tried to flee to Europe.

According to reports, the migrants were trying to reach Italy from Somali, Ethiopia and Eritrea. The route chosen by the migrants is said to be one of the most favoured routes by smugglers.

All the four boats that drowned were reported to be ill-equipped. "2016, the Mediterranean is a mass grave," Médecins Sans Frontières (MSF) tweeted while expressing grief.

BREAKING: Media report that 400 #people have drowned after a boat capsized between # Egypt & Italy. 2016, the Mediterranean is a mass grave.

Offering his condolences, Italian President Sergio Mattarella said several people appear to have died in a new migrant tragedy in the Mediterranean.

Mattarella, speaking at a prize giving ceremony in Rome, said Europe needed to reflect in the face of "yet another tragedy in the Mediterranean in which, it seems, several hundred people have died." He did not give any further details.

The Italian coastguard had earlier said that they knew nothing about the reported disaster.

According to reports, rescue workers have saved around 29 passengers while others drowned in the unfortunate incident. 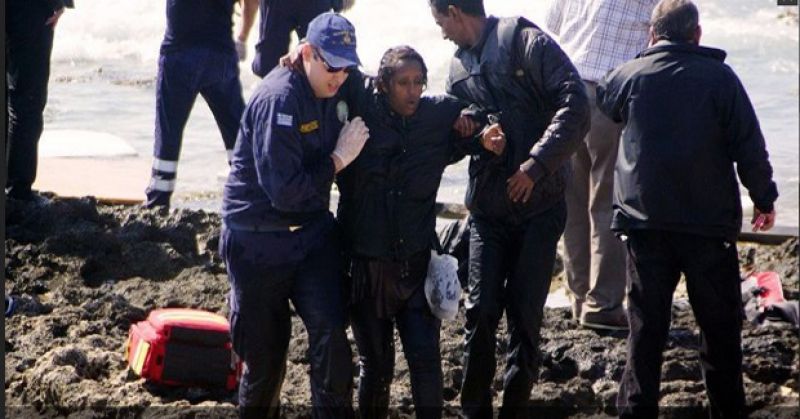 The tragedy comes almost a year after a fishing boat with more than 800 people trapped inside capsized in the Mediterranean Sea.

The number of migrants trying to reach Europe by sea in 2015 hit a record, according to reports. Italy had recorded more than 100,000 migrants rescued at sea by mid-August in 2015.

Trump threatens US schools to reopen,no funds to those who disobey

Americans not allowed into 30+ European countries