The UN report released Friday is the work of an assessment team deployed in South Sudan between October and January, and says 'state actors' bear most responsibility for the crimes. (Photo: Human Rights Watch)

Geneva: A UN report describing sweeping crimes like children and the disabled being burned alive and fighters being allowed to rape women as payment shows South Sudan is facing "one of the most horrendous human rights situations in the world," the UN human rights chief said Friday.

Zeid Raad al-Hussein lamented the crisis in the nearly 5-year-old country has been largely overlooked by the international community, and his office said attacks against civilians, forced disappearances, rape and other violations could amount to war crimes and crimes against humanity.

The UN report released Friday is the work of an assessment team deployed in South Sudan between October and January, and says "state actors" bear most responsibility for the crimes. It said Zeid recommends that the UN Security Council consider expanding sanctions already in place by imposing a "comprehensive arms embargo" on South Sudan and consider referring the matter to the International Criminal Court if other judicial avenues fail.

In scorching detail, the report cited cases of parents being forced to watch their children being raped, and said investigators had received information that some armed militias affiliated with government forces "raided cattle, stole personal property, raped and abducted women and girls" as a type of payment. 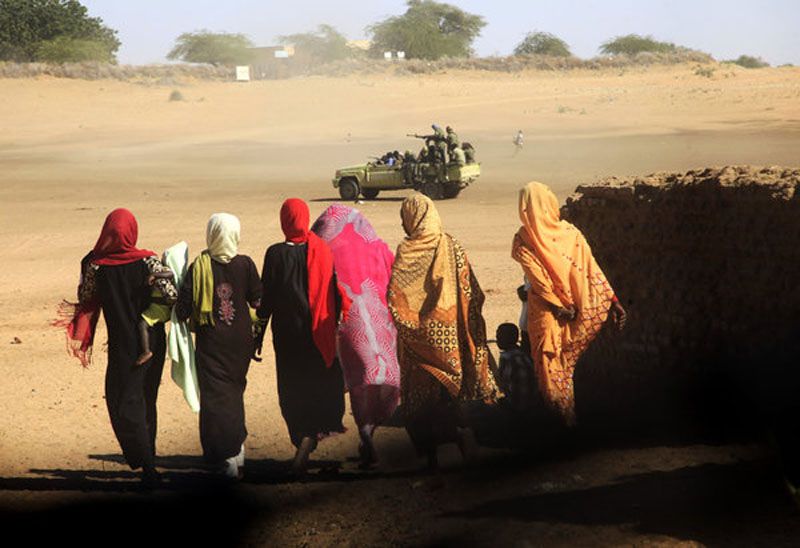 Women and children in North Darfur, where Sudanese soldiers were accused of mass rape. Human rights groups say that peacekeepers botched an investigation into the matter. (Photo: AP)

"The quantity of rapes and gang-rapes described in the report must only be a snapshot of the real total," Zeid said in a statement. "This is one of the most horrendous human rights situations in the world, with massive use of rape as an instrument of terror and weapon of war, yet it has been more or less off the international radar."

The human rights situation has "dramatically deteriorated" since South Sudan erupted into civil war in December 2013, the report said. The crisis stemmed from a falling-out between President Salva Kiir and his deputy, Riek Machar, that boiled over into an armed rebellion. Tens of thousands have died and at least 2 million people have been displaced from their homes.

The 17-page report notes that UN Secretary-General Ban Ki-moon had already in May 2014 pointed to "reasonable grounds" to consider that crimes against humanity had been committed in South Sudan. In a sign that little has been done since then, the report said "the killings, sexual violence, displacement, destruction and looting that were the hallmarks of the conflict through 2014 continued unabated through 2015."

Recommendations in previous reports to the UN's Human Rights Council, a 47-member body currently in session in Geneva, "remain largely unimplemented," it said.